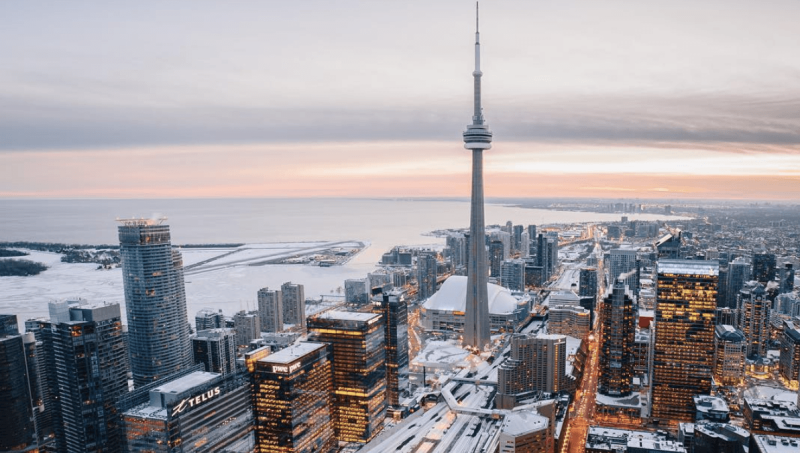 This week in Toronto: Rising mortgage rates unlikely to slow down hot housing market, rental rates in the city are the highest in Canada and why a $750K listing could be a litmus test for Canada's housing market.

Elsewhere: Canada's real estate market faces a significant test, Americans to spend 7.5% more on home remodeling in 2018 and the market is booming in Eastern Europe.

Rising mortgage rates unlikely to slow down hot Toronto housing market (Toronto Star)
In the near-term, it will likely mean some belt-tightening among those with variable rate mortgages and lines of credit, and with more increases expected, some consumers will be scrimping further as the year goes on.
'Peak millennial,' condo nation, and other Toronto real estate trends to watch in 2018 (CBC)

Real estate broker Royal LePage President and CEO Phil Soper believes peak millennial will be a major player in the Toronto real estate market in 2018. "They're finally fleeing the nest," Soper said in an interview with CBC Toronto.

This $750K Toronto listing could be the litmus test for Canada’s housing market (Global)
The two-bedroom, one bathroom rowhouse is on the market for an asking price of just under $750,000 in the coveted neighbourhood of Trinity-Bellwoods, where you’d be lucky to snatch a single-family home for under $1 million. It’s a stone’s throw from the lovely Trinity-Bellwoods Park and just a block away from the trendy Queen Street West. The charms, though, end there.
Toronto Rental Rates Now Exceed Vancouver's, As Housing Shortage Persists (Huffington Post)
"The huge year over year rental growth is mostly due to the fact that the demand for rental units in (Toronto) is far outpacing the current supply," Padmapper spokesperson Crystal Chen told HuffPost Canada.
Canada
Real-estate market faces ‘significant test’ (The Star)
Canada’s real estate market will hit a slow patch in 2018 as tighter mortgage stress tests apply pressure and the impact could be exacerbated if an expected interest rate hike drives buyers to put off their home purchases, economists said Monday.
Horgan dismisses call to ban foreign ownership of B.C. real estate (The Globe)
B.C. Premier John Horgan has rejected calls from his governing partner, the BC Green Party, to ban foreign ownership of real estate in the province as a measure to cool home prices and execute on promises to improve affordability.
Douglas Todd: Explosive B.C. court case details seven migration scams (Vancouver Sun)

“This case provides unusually candid insight into what those who would abuse our immigration and real-estate systems really think in their own words about their true motives for seeking access to Canada and our real estate,” said Vancouver immigration lawyer Sam Hyman.

USA
Americans to spend 7.5 percent more on home remodeling in 2018: study (Reuters)
In addition to a strong housing market, rebuilding efforts stemming from Hurricanes Harvey, Irma and Maria, which devastated Texas, Puerto Rico and other parts of the southern United States in 2017, will likely spur spending on remodeling, Chris Herbert, the center’s managing director, said in a statement.
Why is liberal California the poverty capital of America? (LA Times)
Further contributing to the poverty problem is California’s housing crisis. More than four in 10 households spent more than 30% of their income on housing in 2015. A shortage of available units has driven prices ever higher, far above income increases. And that shortage is a direct outgrowth of misguided policies.
A Push to Make Washington’s Downtown More Livable (NY Times)
With construction cranes for new office buildings dominating the skyline, owners of older buildings may face a choice: Upgrade to current standards to compete — an expensive proposition — or convert to residential use. The choice has been clear elsewhere, from downtown Manhattan to downtown Los Angeles, where a combined 18.1 million square feet of office space has been converted in the last 10 years. But in the nation’s capital, the change is just starting to emerge.
The Granny Flats Are Coming (City Lab)
“By 2020, ADUs will take off in tens of cities,” he said. “This doesn’t mean there will be an explosion of them overnight, but the concept will become more popular in the next couple of years.”
International
East Europe Real Estate Stays Hot at Pre-Crisis Growth Pace (Bloomberg)
“Those markets are growing and not so much dependent on the political situation in a certain country,” Vos said during a panel discussion at the conference on central and eastern Europe, organized by Euromoney. “That doesn’t have an immediate impact on our business.”
A Guide to Real Estate in the Priciest City on Earth (Bloomberg)
For the eighth year in a row, Hong Kong holds the dubious distinction of being the world’s least affordable city in which to buy a home. And yet, as locals clamor to get a foothold on the property ladder and wealthy Chinese seeking an offshore haven keep buying into the top end of the market, demand for real estate continues to rise.
Realosophy Realty Inc. Brokerage is an innovative residential real estate brokerage in Toronto. A leader in real estate analytics and pro-consumer advice, Realosophy helps clients make better decisions when buying or selling a home.  Email Realosophy

In Toronto: The detached home market is cooling but the condo sales slump appears to be over with...
Read More
Safe Investments

END_OF_DOCUMENT_TOKEN_TO_BE_REPLACED
This Week In Real Estate

In Toronto: In Toronto and Vancouver many own more than one home + homebuyer complaints on the rise.
Read More
This Week In Real Estate

In Toronto: The condo market sales spring back to life while vacancies remain high and is the...
Read More