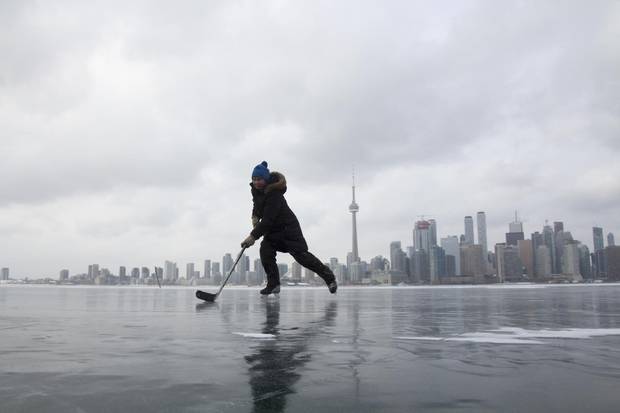 Week In Review: Home Sales Down in 2017 + TREB Blames the Government

Photo Credit: The Globe and Mail

This week in Toronto: Home sales were down in 2017 compared to 2016 and the TREB blames the government for the drop as lending tightens.

Elsewhere: Stress tests to make an impact on the Canadian housing market, how Seattle has changed massively in the last 10 years and UK social housing deal sparks fears for tenants.

Home prices in the Toronto region continued their descent in December – however prices on everything from tiny condos to detached homes with backyards were still higher on average last year than they were in red-hot 2016, says the Toronto Real Estate Board.

"Research from TREB, the provincial government and Statistics Canada showed that foreign home buying was not a major driver of sales in the GTA. However, the Ontario Fair Housing Plan, which included a foreign buyer tax, had a marked psychological impact on the marketplace."

Toronto’s housing market has fallen over the past few months as the government has tried to curb demand that had driven prices to record highs with harsher mortgage guidelines and regulations. That’s coincided with an increase in supply of new listings in the latter half of the year, resulting in slower price growth, the real estate board said.

There was one wrinkle, however: when WEA officials purchased the property, they discovered an unwelcome surprise on the deed: a so-called “restrictive covenant” preventing the land from being sold to “Jews or persons of objectionable nationality.”

Anyone who fails the test can't get the loan they are applying for, which means they'll have to either buy something less expensive with a smaller mortgage or sit out entirely.

How much real estate do foreigner investors really own? Statscan got it wrong (The Globe)

Buyers who are intent on making a property purchase but might not be able to qualify for a mortgage through a prime lender (i.e. one of the big six banks), will seek lending help from credit unions and private lenders, a trend that Tal called “suboptimal”.

The Great White North is still clocking in some of the world's fastest house price growth, though that is likely to come to an end in the first half of this year, amid tough new mortgage rules and higher interest rates.

The past decade also saw Seattle and the Puget Sound region solidify its place as one of the most economically potent spots in North America, with headquarters of two of the five Big Tech giants and a varied set of other assets. A diverse world city facing Asia for the Asian Century.

The proposals merited just two sentences in Governor Andrew M. Cuomo’s State of the State speech on Wednesday, but if they came to pass they could mean a dramatic makeover of Brooklyn’s Red Hook neighborhood, and its stretch of still-industrial waterfront.

By the end of 2017, the value of homes in the United States reached $31.8 trillion, but as homeowners saw their home values climb to the highest they've ever been this year, affordability suffered and homelessness worsened in American cities. Housing became an even bigger concern in 2017 when American cities were hit by hurricanes and fires.

International
UK social housing deal with private equity giant sparks fears for tenants (Reuters)
New York-based Blackstone, which owns the largest home rental company in the United States, will fund for-profit housing association Sage to buy affordable homes from private developers, property magazine Estates Gazette said.
Over 11,000 UK homes have stood empty for at least 10 years, data shows (The Guardian)
The Lib Dem research also showed that just one in 13 councils are making use of empty dwelling management orders (EDMO) – the powers that can be used by local authorities to take over properties that have been empty for at least six months.
Realosophy Realty Inc. Brokerage is an innovative residential real estate brokerage in Toronto. A leader in real estate analytics and pro-consumer advice, Realosophy helps clients make better decisions when buying or selling a home.  Email Realosophy

END_OF_DOCUMENT_TOKEN_TO_BE_REPLACED
This Week In Real Estate