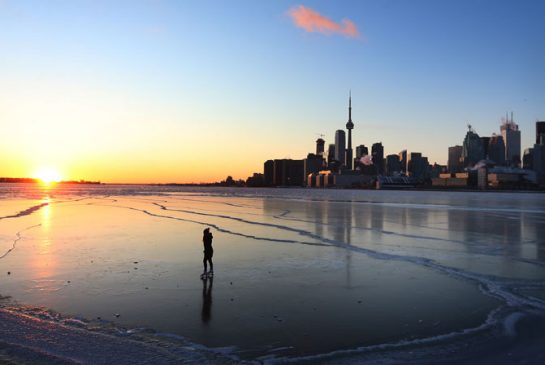 This week in Toronto: The six jumps up seven spots in list of least-affordable cities, multiple offers now common in Toronto condo market and why finding out what your neighbor paid for their house could be staggering.

Elsewhere: What you need to know about Canadian real estate in 2018, how student loans are killing home ownership in the United States and home construction in the UK hits a 10-year high.

Canada's largest metropolis rose to number 21 on the ranking of least affordable cities, from 28th place the year before. The survey looks at 293 housing markets in nine major economies around the world.

The market for condominium apartments is the most blazing hot segment of Toronto's ever-more-expensive rental market and real estate agents say that extra financial inducements for landlords are increasingly becoming a necessary part of closing deals on the most in-demand properties.

What did the neighbours pay? Whitby homebuyers just found out the answer: a lot less (CBC)

Poei and Fisher say they were "shocked" to find out that homes and lots very similar to the one they purchased are now on sale for $75,000 less than what they paid.
Key part of Ontario's housing plan slammed as 'giving in' to developers (CBC)
The provincial government is giving municipalities the power to force developers to price some units in new housing projects below market rates. But with the proposed details of the plan now up for public review, critics are calling it deeply flawed.
What would landing Amazon H2Q mean for Toronto's already red-hot housing market? (Metro)
"Where are they going to find housing? There's no housing," asked Toronto ACORN member Alejandra Ruiz-Varga, who is concerned getting Amazon would drive up rents.
Canada
5 Things You Need To Know About Canadian Real Estate In 2018 (Huffington Post)
What happens in Canada's largest and hottest housing markets, Toronto and Vancouver, respectively, is quite different from that in, say, recovering areas such as Calgary and Edmonton.
Why young people who can afford it are choosing not to buy homes in Calgary (CBC)
But there is a risk, too. Taking out a mortgage might make your mom happy, but a lot of things will have to go right for you to make a fraction of what she made on her first home. And if just one or two go wrong, you might find yourself trapped.
Vancouver vigilantes take housing matters into their own hands (The Globe)
They had an agreement, and what she did might be actionable, he thought. Later, when he saw the woman was renting another suite in her five-bedroom house on Airbnb, it pushed him over the edge. Now, Mr. Smecher has become something of a housing vigilante, joining a growing number of Vancouverites, frustrated by an unaffordable city and a lack of solutions.
USA
How Student Loans Are Killing Homeownership (City Lab)
Owning a home has historically allowed people to build equity, so putting a down payment on a place sooner often means paying off a mortgage earlier and saving for retirement longer. If Millennials are shut out of this cycle, their future economic prospects may look less secure than that of generations before. And with fewer people buying, the demand on rental units is higher, leading to shortages and price spikes.
When ‘Gentrification’ Isn’t About Housing (NY Times)

The poor are still gentrification’s victims, but in this new meaning, the harm is not rent increases and displacement — it’s something psychic, a theft of pride.

Getting America on the move requires Americans to move (Washington Post)
Schleicher suggests a rather tough solution: Tell prosperous cities they have to create so much new housing, and impose consequences if they fall short.
International
New UK homes construction hits 10-year high (The Independent)
Steve Wood, NHBC’s chief executive, said he expected housing starts to rise further in 2018. “If the economy is sound, the housing market is sound,” he said. “I know there is a bit of an argument about whether we are going to lag behind global growth. But if we are still going to get growth, we will get growth in housing as well.”
China’s Housing Market Is Like a Casino. Can a Property Tax Tame It? (NY Times)
Many investors snap up homes — in China, they are mostly apartments — hoping to ride a price surge. In the biggest cities, property prices on average have at least doubled over the past eight years. But vast numbers of apartments in many cities lie empty, either because the buyers have no intention of moving in or renting out, or because speculators built homes that nobody wants.
Realosophy Realty Inc. Brokerage is an innovative residential real estate brokerage in Toronto. A leader in real estate analytics and pro-consumer advice, Realosophy helps clients make better decisions when buying or selling a home.  Email Realosophy

END_OF_DOCUMENT_TOKEN_TO_BE_REPLACED
This Week In Real Estate