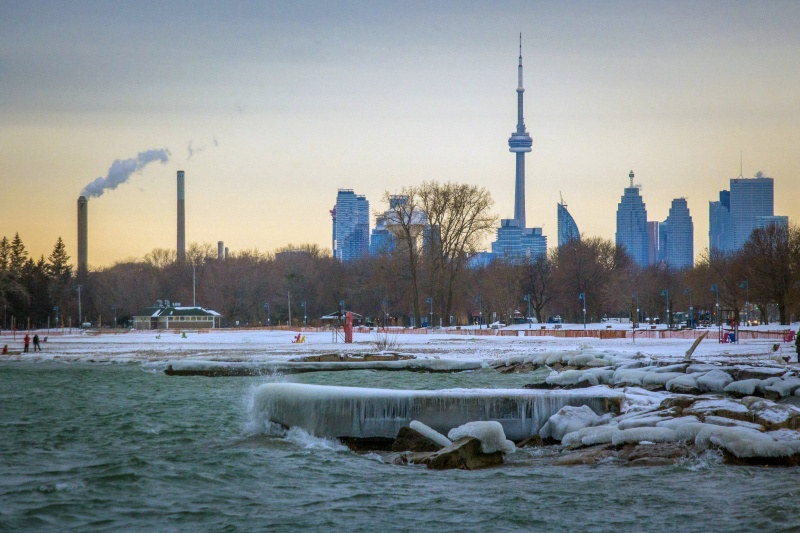 This week in Toronto: Home prices down in January, the TREB takes data dispute to Supreme Court and the gap between housing supply and demand remains large.

Elsewhere: Why Canada's housing market is flirting with disaster, a story of public housing in Chicago and the UK market is off to a subdued state in 2018.

Toronto area home prices could drop further than the 4.1 per cent year over year decline to $736,783 on average in January, being reported by the Toronto Real Estate Board (TREB), says a Queen’s University professor.

The Toronto Real Estate Board is taking a longstanding dispute over access to housing market data to the Supreme Court of Canada, seeking to appeal a lower court decision that allowed realtors to publish the sales histories of listed properties on their websites, according to court documents seen by the Financial Post.

Gap between housing supply and demand largest in Toronto and Vancouver: CMHC (CBC)

Toronto and Vancouver's real estate markets have responded to surging prices and a growing demand for homes with a supply of new housing that is "significantly weaker than other Canadian metropolitan areas."

How the market selloff could impact Toronto housing (BNN)

January sales in the Greater Toronto Area plunged 22 per cent from a year ago. Detached home prices, in particular, fell nearly 10 per cent. John Pasalis, president of Realosophy Realty, provides context and discusses how the global market rout could make buyers feel less confident and push them to the sidelines of the Toronto housing market as they await a recovery.

Stephanie Clark does not want to leave New Westminster, a town about 45 minutes south-east of Vancouver where she was born and raised and, two years ago, had a baby. But she fears she will have to, driven out by a property market that seems to have lost touch with reality.

Canadian mortgages held by foreigners on the rise: CMHC (BNN)

Nearly 10 per cent of mortgages issued to people under the age of 25 in Canada's two hottest housing markets in 2016 went to non-permanent residents, the Canada Mortgage and Housing Agency (CMHC) said in a statement. This signifies "some younger NPR (non-permanent residents) may be receiving parental support to purchase homes," it noted.

While foreign homebuyer taxes target non-residents, NPRs are essentially exempted since they can ask for a rebate later after satisfying residency requirements. And while most NPRs rent, a large number do purchase housing. The mortgage data from the big five banks reported by the CMHC suggests that NPRs account for a larger share of mortgages than do NROs.

USA
The Towers Came Down, and With Them the Promise of Public Housing (New York Times Magazine)
Built in stages beginning in the 1940s on Chicago’s Near North Side, Cabrini-Green consisted of barracks-style rowhouses and 23 towers. When Ricks arrived, more than a third of the 3,600 units were vacant. The Chicago Housing Authority said it couldn’t afford to do the repairs to ready them for occupancy, and not just at Cabrini. The C.H.A. had a stock of 42,000 apartments, but the number in use had fallen to fewer than 33,000.
Rent Control Needs Retirement, Not a Comeback (Bloomberg)
Serial experimentation with this policy has repeatedly shown the same result. Initially, tenants rejoice, and rent control looks like a victory for the poor over the landlord class. But the stifling of price signals leads to problems. Rent control starts by producing some sort of redistribution, because the people with low rents at the time that controls are imposed tend to be relatively low-income.
Sisters’ Quiet Life of Prayer Disrupted by an Affordable Housing Fight (NY Times)

The order once had dozens of sisters, enough to have one praying every hour of the day. Now, there are just four. But the sisters see a more terrestrial threat — looming heavier than time and a shortage of younger women looking to follow them — imperiling their way of life. They have become mired in a recurring conflict in the wealthy suburbs of Westchester County: a contested proposal to build affordable housing. This time, it involves property abutting the convent.

International
UK housing market gets off to subdued start in 2018, estate agents say (The Guardian)

“The latest Rics results point to housing transactions remaining pretty subdued over the coming months despite some more positive comments from contributors to the survey,” said Simon Rubinsohn, chief economist at the Rics. “Lack of inventory on agents’ books continues to provide a major challenge with the number of valuations being undertaken not suggestive of a pick-up in new supply anytime soon.”

Are cruise liners the solution to the housing crisis? (The Spectator)
There are ships so big they can’t dock… I can see in the not too distant future we are going to be in a situation where we are going to have floating cities… people will live on them and they will have all the amenities of a town. It’s not too far away.’ A solution to the housing crisis? Time to invest in a life jacket.
Realosophy Realty Inc. Brokerage is an innovative residential real estate brokerage in Toronto. A leader in real estate analytics and pro-consumer advice, Realosophy helps clients make better decisions when buying or selling a home.  Email Realosophy

END_OF_DOCUMENT_TOKEN_TO_BE_REPLACED
This Week In Real Estate