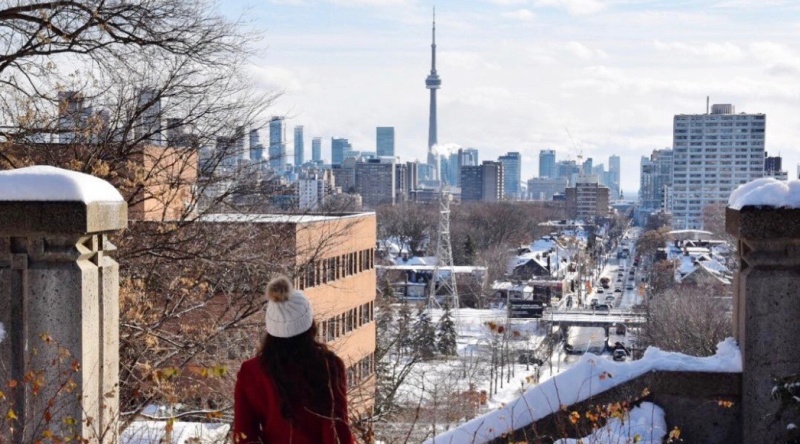 Elsewhere: Canadian real estate prices see biggest drop worldwide, should New Yorkers pay more if the Subway is next door and a positive outlook in Norway.

“Lots of people are sitting on the sidelines waiting or hoping that prices would fall,” John Pasalis, president of Toronto-based Realosophy Realty Inc., said in a phone interview. “I don’t expect to see a rapid increase in prices or a big turnaround this year.”

In a preview of its annual forecast, the Toronto Real Estate Board said it expects home sales this year to slip to somewhere between 85,000 and 95,0000, slightly lower than 2017 when there were 92,394 sales.

An Ipsos poll of home-buying intentions conducted for the Toronto Real Estate Board shows first-time buyers account for 41 per cent of people in the Greater Toronto Area who report they are likely to buy a home in 2018, a significant drop from 53 per cent in the same poll a year earlier.

It was a year of extremes in Toronto's new-home market, with pre-construction sales of single-family homes falling 58 per cent in 2017 while new condominium sales soared to a record high.

But whether Amazon comes or not, the idea has raised a crucial issue for Toronto and other Canadian cities hoping to attract high-tech employers. Where are all their high-tech workers going to live?

Canadian real estate prices were the fastest rising in the world, just a few months ago. Now we’re claiming the opposite title, as the market explores where prices should be. Newly released Federal Reserve Bank of Dallas (the Dallas Fed) numbers, show a decline in home prices for the third quarter of 2017. This is the first time in over five years that Canadian real estate prices have declined for a quarter. Despite the quarterly drop, prices still remain significantly higher than the year before.

With combined gross after-tax income of $10,660 per month and net worth of about $1.7 million, they look forward to retirement in 18 years when Lou is 65. They are heavily dependent on the future of the property market. Four-fifths of their approximately $2.36 million of assets is their $1.4-million house and a $480,000 rental condo that loses money every month.

Housing speculation a big debate topic — unless you want to lead the B.C. Liberals (CBC)

The exchange was indicative of how the B.C. Liberals have approached housing through the campaign: a topic brought up only occasionally, and nearly always framed in the context of having to build more units.

USA
The Subway Is Next Door. Should New Yorkers Pay Extra for That? (NY Times)
Today, with the subway in precipitous decline and the city enjoying an economic boom, some policymakers think the time has come for the subway to profit from the financial benefits it provides, including its considerable contribution to property values.
Density's Next Frontier: The Suburbs (City Lab)
The following maps show the evolution of this process across Greater Los Angeles over the past half-century or so. On the maps, light blue represents areas of new single-family construction; orange indicates areas of medium-density developments, of two to 48 units; red shows areas of large multifamily construction, of 50 units or more; and dark blue indicates virtually no construction at all.
'There Isn't A Just Housing Choice': How We've Enabled The Pains Of Gentrification (NPR)
The reason gentrification has a bad rap is due to the inequity between race and housing. "Race is, at its heart, a class issue," Schlichtman says. The devaluing of lower-class neighborhoods, usually residents of color, is the result of a history of unjust policies, including government defunding and redlining.
International
Norway's DNB takes more positive view of housing market (Reuters)
Norway’s housing prices hit record-highs in the spring of 2017, but have since fallen as tighter mortgage regulations, lower population growth and a boom in construction weakened demand at a time of rising supply.
Berlin housing law replenishes housing stock for renters (DW)

Almost 8,000 apartments were returned to the rental market in Berlin last year thanks to strict property laws introduced in 2016, according to figures from the Senate Department for Urban Development and Housing published by German media on Sunday.

In Toronto:  It's now cheaper to rent than own a condo in Toronto and new build home sales hit...
Read More
Safe Investments

END_OF_DOCUMENT_TOKEN_TO_BE_REPLACED
This Week In Real Estate

In Toronto:  Downtown rents drop for the third consecutive month and while property market remains...
Read More
This Week In Real Estate