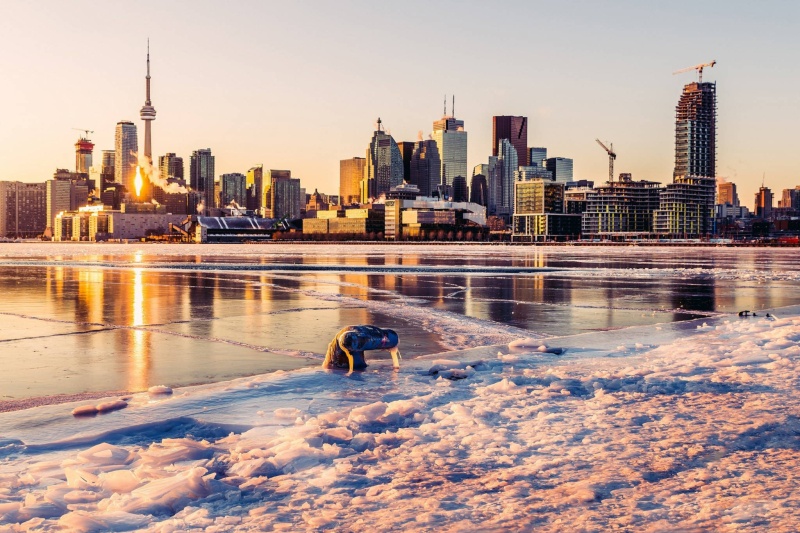 Sales Plunge In February + Is A Crash Coming?

This week in Toronto: Sales plunge in February, the party is over according to the data and is this a crash in the making?

The number of sales also plunged nearly 35 per cent last month compared to February 2017 — to 5,175 transactions from last year’s record 7,955, according to the latest statistics from the Toronto Real Estate Board (TREB) on Tuesday.

Real estate sales are cratering around the GTA. Is this a crash in the making? (Macleans)

This is the new reality in many parts of Ontario. After years of booming prices and a few months of complete insanity, the housing market in many cities is falling back to earth.

The once-unstoppable juggernaut that was Greater Toronto's housing market has slowed to a crawl, with preliminary data for February showing sales taking a deep dive and prices well off last year's highs.

The plunge in sales volume, which has been going on for months, and the surge in listings signify that the market is in the process of changing direction. Housing markets move very slowly, over years, and not minutes. But prices are now following the decline in volume.

“The story here is clearly not about lack of supply…but rather composition of supply,” Bank of Montreal chief economist Doug Porter wrote in a note to investors. “Indeed, note that Toronto starts jumped to the highest since at least 1990, but all of the gain was in condos.”

Almost 8,500 Vancouver homeowners either declared that their properties were empty for much of last year or failed to confirm that their units are occupied, making them potentially liable for paying the city's precedent-setting empty-homes tax.

"As we celebrate these steps, we would be naive to think that this investment is sufficient to fully repair our badly damaged housing infrastructure," the report from the Social Planning Council of Winnipeg and the Right to Housing Coalition says.

This continuing trend has a number of consequences for an increasingly multicultural America, none of them positive. Kye notes that, traditionally, racial segregation has been “a key predictor of reduced life chances, across health, academic, and economic outcomes.”

“Rising vacancy rates citywide are a sign that, overall, the housing supply is starting to catch up with demand, helping to relieve the upward pressure on housing costs,” said Mark Willis, a senior policy fellow at the NYU Furman Center. But, he noted, the effects were uneven, with vacancy rates falling to 2.71% in the Bronx.

A basic need: American infrastructure must include housing (The Hill)

This isn’t new. Unlike Canada, Australia and most European countries, the United States never has considered housing as infrastructure. But with affordable housing and homelessness reaching new crisis levels in communities across the country, it’s an outlook that needs to change.

International
Could Building Upwards Solve The Housing Crisis (The Independent)
This is particularly true for London; with demand for rental and real estate investment rife, the opportunity for developers and homeowners to add additional storeys to properties in the capital will deliver welcome relief, helping homeowners needing more space as well as creating new flats and homes to rent or buy.
Balkrishna Doshi named India's first winner of the Pritzker Prize (CNN)
Considered one of the Indian subcontinent's preeminent living architects, Doshi is known for designing low-cost housing and public institutions. Among his most acclaimed projects are Tagore Memorial Hall in Ahmedabad and the Aranya Low Cost Housing development, a collection of more than 6,500 residences in the city of Indore.
Realosophy Realty Inc. Brokerage is an innovative residential real estate brokerage in Toronto. A leader in real estate analytics and pro-consumer advice, Realosophy helps clients make better decisions when buying or selling a home.  Email Realosophy

END_OF_DOCUMENT_TOKEN_TO_BE_REPLACED
This Week In Real Estate