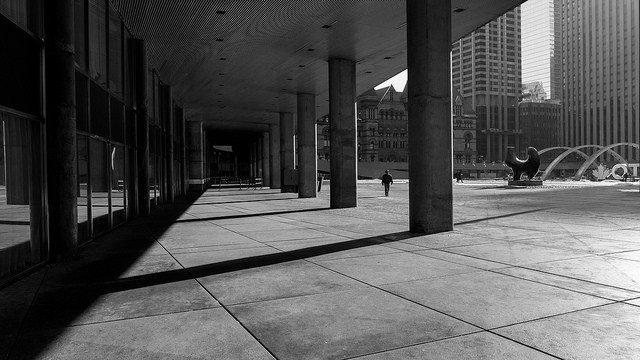 Is the city's budget too reliant on a 'volatile' property market, Doug Ford readies plans for housing and luxury properties are swept up in Toronto's housing slump.

Elsewhere: Canadian home prices dip in February, why L.A. appointed a design czar and why Paris shows us speculation can be good for housing markets.

The report repeats warnings that departing city manager Peter Wallace – who is leaving city hall at the end of March for a senior civil-service job with the federal government – has made for years, including the “moderate but growing” risk of relying on the city’s “volatile” land-transfer tax.

Progressive Conservative Leader Doug Ford says he is open to greater privatization of alcohol and marijuana sales in Ontario and scrapping the foreign-buyers tax on real estate as he looks to streamline his party’s priorities before the June election.

Only 76 luxury homes, including condos, sold in the Toronto area in January and February this year, compared to 180 in the same period last year and 79 in 2016 — a better comparator than last year’s hyperactive property market, says the company.

Local residents say the roughly 10-kilometre commute downtown can take 40 minutes by car on a bad day, particularly if an accident on the nearby Gardiner Expressway causes drivers to spill off the highway in search of an alternative route. And with new condo towers already under construction, locals predict the gridlock will only get worse.

In Vancouver, one of the most expensive markets in the country, prices rose 0.4 per cent to hit a record. However, the unadjusted figures, which are not smoothed to remove volatility, showed prices were down 1.3 per cent, in line with cooler home sales last month.

The Canadian Real Estate Association (CREA) has revised downwards predictions it made just a few months ago for Canada's housing market, and now sees home sales falling 7.1 per cent this year compared to last year. It sees sales dropping 12 per cent in Ontario and 11 per cent in B.C.

Developer pitches plan for 50,000 units of affordable housing in Toronto, Vancouver (The Globe)

According to a proposal submitted to Ottawa, the project would be led by the Creative Housing Society, an independent non-profit group to be based in Toronto. Creative Housing was established last fall by Ian Gillespie, a prominent Vancouver real estate developer whose firm, Westbank, is active in Toronto and Vancouver.

“Landlords, they’re not playing around,” Jonathan Miller, president of Miller Samuel, said in an interview. “They’re being more aggressive in terms of time. They just want to get them in.”

3D-printed homes turn sludge into shelter (BBC)
I took a walk around a demonstration house while at the South by Southwest technology festival in Austin this week. It's a proof-of-concept built by Icon, a construction firm, and New Story, a non-profit that sets up housing in the developing world.
International
Speculation can be good for housing markets — just look at Paris (Financial Post)

But while Paris’s built form is there for all to admire, what is not at all apparent is the critical role played by investors and speculators in erecting thousands of residential buildings a little over a century ago, when Paris grew by a million residents in a matter of decades.

James Law, a Hong Kong-based architect, believes that his micro-homes could help alleviate the city's housing crisis. But his tiny home designs are anything but typical — they are concrete water pipes outfitted with all the amenities of a modern home.

END_OF_DOCUMENT_TOKEN_TO_BE_REPLACED
This Week In Real Estate