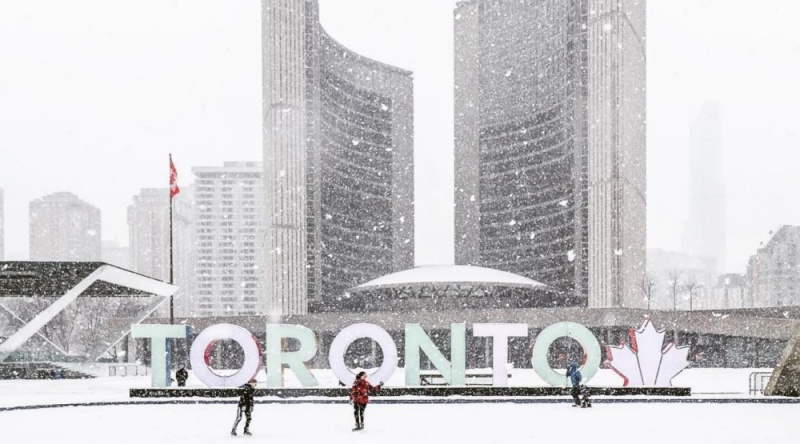 This week in Toronto: Tumbling sales signal a return to a normal market, the supply challenge and growth plan paradox and will Toronto follow Vancouver's lead on speculation tax?

Although prices appear relatively flat, house sales were down about 40 per cent over the last two weeks in the Toronto area compared to the same period in 2017, while condo sales dropped about 30 per cent, said Pasalis, president of Toronto’s Realosophy brokerage.

New homes replace demolished ones at a sharply lower rate than early this decade, completion times for multi-family projects have doubled and prospective buyers have far fewer new homes to choose from than only a few years ago.

“The Toronto market is still adjusting to that round of measures so it’s probably a little early for any new moves yet,” said Robert Kavcic, senior economist at BMO Capital Markets. “But if we start to see evidence that the market’s taking off again and foreign investment starts rising I think B.C’s speculation tax in particular, is a key measure they’ll need to take a closer look at.”

Condo owners at a Toronto highrise are suing several former members of their board for $800,000, alleging those members conspired to divert hundreds of thousands of dollars from the building's operating budget for their own benefit.

High housing prices and debt loads increase incentives for fraudulent activity such as overstating a borrower’s income to meet qualifying criteria. Additionally, a growing share of mortgages is being originated by brokers who don’t bear the credit risk for the loans like lenders, according to the statement.

The National Bank of Canada's home affordability measure fell 0.2 points in the fourth quarter of 2017, meaning that an average mortgage on a representative home was slightly cheaper than it was a quarter earlier.

Marsha Graham, a realtor licensed to sell in Alberta and B.C., lives primarily in Calgary but dreams of the day she can retire to live full-time in her Victoria inner harbour condominium. If she can still afford it.

USA
The Alleged $1.2 Billion Ponzi Scheme Sapping L.A.’s Trophy-Home Market (Wall Street Journal)
In many instances, Woodbridge purchased sites from noteworthy people, such as Hard Rock Café founder Peter Morton, who owned the Stradella Road site; Larry Ellison’s daughter, Megan Ellison, who owned the Sunset Strip home; and one formerly owned by Vinny Smith, the former chief executive and chairman of Quest Software who now runs Toba Capital, a San Francisco- and Newport Beach-based venture-capital firm, public records show. None of those people are linked to Woodbridge’s operations or accused of wrongdoing by the SEC.
How Cities Are Divided By Income, Mapped (City Lab)
In Philly’s Center City live its richest residents—those who can pay the premium for that walkable, amenity-rich, green neighborhood. But just across the river, blocks away from the lush, expanding campuses of the University of Pennsylvania and Drexel University, the visual landscape of the city changes: Pawn shops, fast food eateries, boarded-up store fronts, and dilapidated houses.
Jared Kushner’s real estate business got large loans from companies after White House meetings (The Star)
Joshua Harris, a founder of Apollo Global Management, was advising Trump administration officials on infrastructure policy. During that period, he met on multiple occasions with Jared Kushner, U.S. President Donald Trump’s son-in-law and senior adviser, said three people familiar with the meetings. Among other things, the two men discussed a possible White House job for Harris.
International
UK house prices fall as incomes squeeze in slowing economy (The Guardian)
UK house prices fell unexpectedly in February for the first time in six months, as the squeeze on household incomes and weaker economic backdrop weighed on the property market, according to the mortgage lender Nationwide.
Homes Made Of Concrete Tubes Could Solve The Housing Crisis (BBC)

There are a lot of people in Hong Kong – 7.4 million to be more specific, all in an area that’s 106 sq km (41 sq mi). Alongside a dense population, prices have soared at breakneck speed, leaving many unable to afford the dizzy heights of property prices.

END_OF_DOCUMENT_TOKEN_TO_BE_REPLACED
This Week In Real Estate