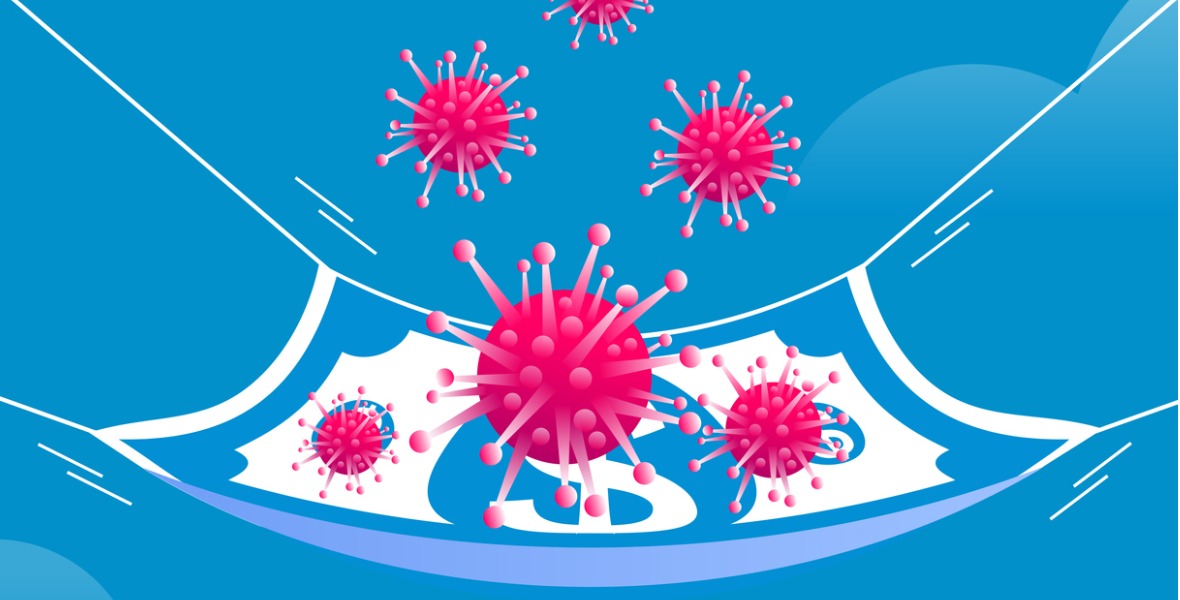 Five-year fixed mortgage rates are on the way up in response to the growing consensus belief that US inflationary pressures will rise quickly.

The five-year Government of Canada (GoC) bond yield surged higher last week, and that means that our five-year fixed mortgage rates are on the way up.

In today’s post I’ll explain what is pushing rates higher and offer advice on how borrowers who are currently in the market for a mortgage can navigate the current environment.

Let’s start with a chart showing the path of the five-year GoC bond yield since the start of the pandemic. 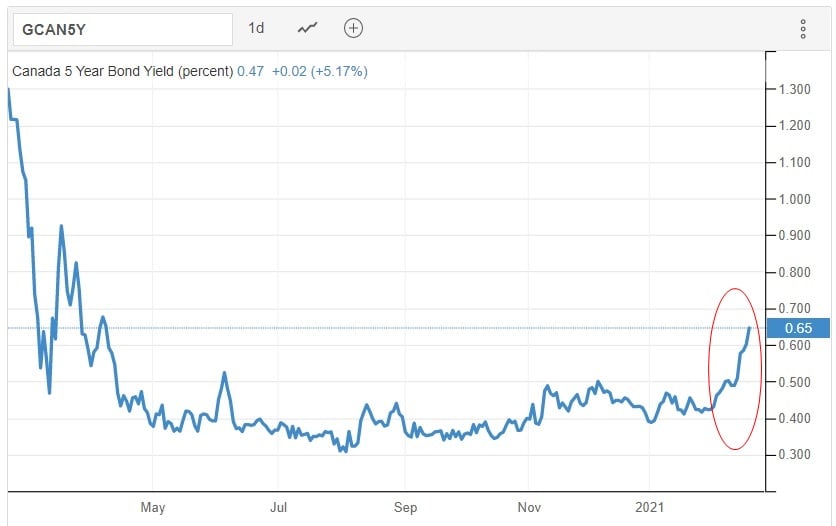 As you can see, this bond yield had been hovering in the 0.30% to 0.50% range until last week when it shot up to 0.65% (note the red circle). That increase has lowered gross lending spreads (and, by association, lender profit margins) to well below their normal levels.

The only thing that has been holding lenders back is stiff competition – no one wants to be the first to move higher.

Regardless, the dam will break very soon.

The current surge in bond yields is really a US story, with GoC bond yields taken along for the ride because they have moved almost in lockstep with their US Treasury equivalents for years now.

Simply put, the recent run-up is a response to the growing consensus belief that US inflationary pressures will rise more quickly than previously expected.

Here is a summary of the factors underpinning that view:

For my part, I continue to believe that the current run-up in bond yields will be temporary, and it is worth remembering that nothing goes up or down in a straight line. Here is the GoC five-year bond yield chart again, but this time over a longer time horizon. Note the repeated short-term run-ups over the last 10+ years as the yield dropped from 4.11% to 0.65%. 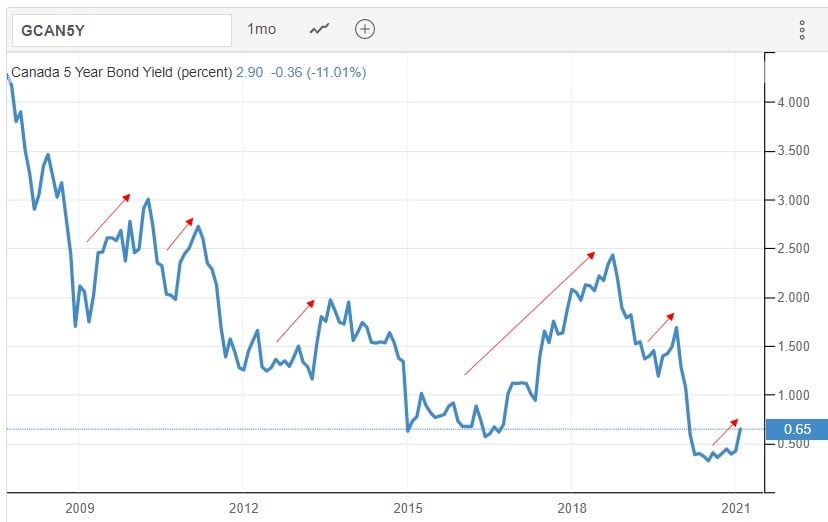 Regular readers of this post will already be familiar with my detailed counterarguments to the prevailing view that inflation will soon run rampant. Here is a recap of my thoughts, with links to posts I have written for those who are interested in more detail:

Despite some ominous warnings in the mainstream media, a small increase in five-year fixed mortgage rates won’t have much real impact except, of course, pinching the pockets of anyone who has to secure financing during the (I think) short time when that increase will apply.

Today’s borrowers have to qualify at the current stress test rate of 4.79%, so an increase in real rates won’t have any impact on the amount they can actually borrow. Also, anyone who is about to renew an existing five-year fixed-rate term will still be able to lock in a rate that is lower than what they have been paying (because five years ago, five-year fixed rates were priced in the mid-2% range).

If you’re in the market for a mortgage today, the usual tips apply.

If you will want a fixed rate, which is likely, lock in a pre-approval to guard against rising rate risks. If your mortgage is up for renewal in the next 120 days, the same advice applies – lock in a new live-deal rate ASAP.

I wouldn’t suggest that borrowers who are more comfortable with a fixed rate switch to variable in reaction to a small increase in their fixed-rate options, but if we see multiple fixed-rate increases in the months ahead, the relative appeal of variable rates will rise.

The Bank has long said that it won’t raise its policy rate until sometime in 2023, and more recently, it has even speculated that another rate cut is possible. On a related note, the BoC won’t likely move its policy rate before the Fed moves, to avoid pushing the Loonie higher against the Greenback. And the Fed’s latest dot plot forecast suggests that it may not raise again until 2024.

If I’m right, and any fixed-rate increases prove temporary, variable rates will also be able to be converted to lower fixed rates farther down the road (as this post explains).

To be clear, there are a lot of moving parts that will determine what happens with the pandemic, with the ensuing economic recovery, and with interest rates. While no one should sound too certain about what the future will hold, my research and my gut both agree that the consensus is over-estimating future inflation.

The Bottom Line: It is very likely that fixed-mortgage rates will rise this week, by anywhere from 0.10% to 0.25%. Meanwhile, the BoC’s policy rate that our variable mortgage rates are priced on isn’t expected to move higher until sometime in 2023 (at the earliest).