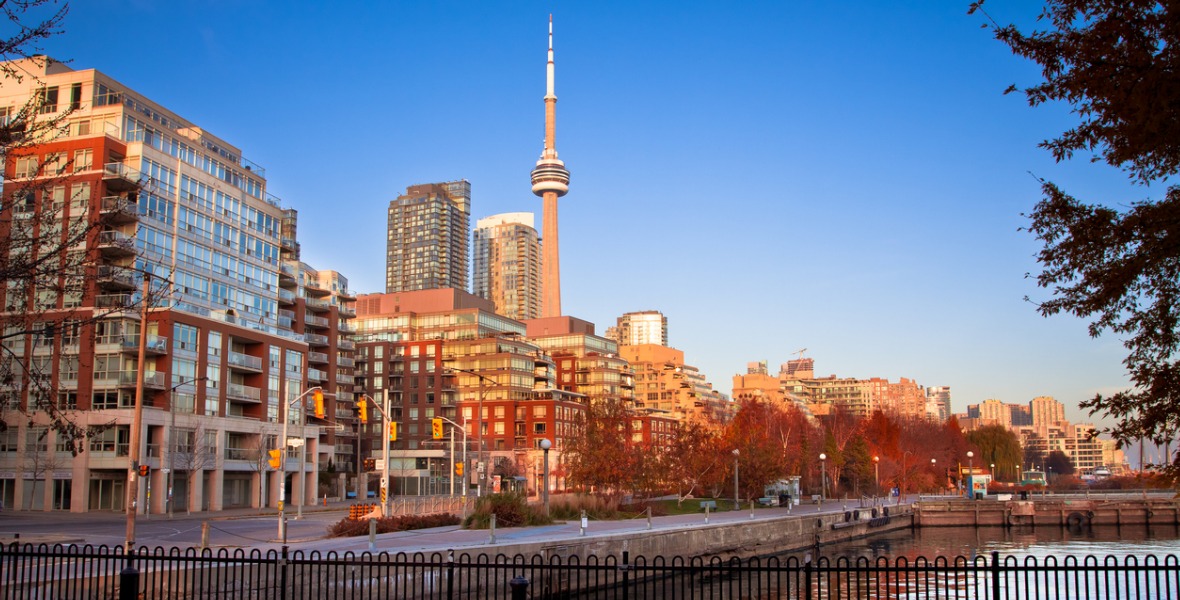 In the City: Home prices tick upward as market tightens and TREB takes legal aim at a brokerage.

Elsewhere: Canada isn't out of the woods yet, Trump's family real estate dealings under the microscope after NY Times expose and an ambitious development project in Turkey isn't panning out.

The Toronto-area housing market continued to make modest year-over-year gains in September, with the average selling price across all housing types, from detached homes to condos, up 2.9 per cent to $796,786.

It claims the website is infringing on the board’s copyrights by “employing various techniques to illegally data scrape” information that it provides to its fee-paying members through its internal multiple-listings service (MLS). This includes data such as new property listings, descriptions, sold prices and photography.

There’s a subtle shift under way in the Greater Toronto Area’s presale condominium market in 2018: As developers are launching fewer towering projects designed to woo investors, they are finding there’s still a strong market for people looking to pay a little more money for a larger, family-friendly unit in neighbourhoods outside the downtown core.

“Toronto has to figure out, under the circumstances of Toronto, what works,” said Dr. Mitchell Katz, head of New York City’s Health and Hospitals corporation and the former head of the Los Angeles County Department of Health Services. “But what is needed and was needed in LA and needed in San Francisco is the commitment that we do not find it acceptable to house people in shelters and on the street.”

Cost of Owning a Home in Toronto, Vancouver Goes ‘Off the Charts’ (Bloomberg)

The cost of owning a home in Canada is at the highest level in 28 years and likely to get only more onerous as interest rates continue to rise, according to a report from Royal Bank of Canada.

Canada’s economy faces a major risk through the next three years from how debt-laden consumers cope with higher interest rates, according to economists from three of the country’s largest financial institutions.

The 2018 stress test confirmed CMHC’s mortgage loan insurance and securitization business had enough capital to withstand the impact of scenarios which also included a household debt crisis and the eruption of a volcano.

"A very important variable is general economic growth, so to have the free trade agreement in place actually puts upward pressure on home prices, because it allows our economy to grow, people to earn more wages and to use those wages to buy more expensive homes," Laird said.

10 years later: How the housing market has changed since the crash (Washington Post)

The pre-crash loan products are mostly gone. You can choose between a fixed-rate loan or an ARM that meets ‘‘Qualified Mortgage’’ (QM) standards established by the Consumer Financial Protection Bureau (CFPB). That ARM will have caps so the interest rate can’t jump too high too quickly — and you’ll have to qualify based on the worst-case scenario of the highest possible mortgage rate.

Beach Haven, of course, is the apartment complex built by Fred Trump, a place that Guthrie called “Trump’s Tower.” Fred Trump’s management of Beach Haven is also one example among many of the shady dealings and outright deceptions documented in the recent exposé about the Trump family’s real estate empire.

With a mix of Christian charity and pragmatism, churches are quietly creating low-income housing in areas around Washington - and cities across the United States are taking notice.

Why Does London Have So Much Empty Space? (City Lab)

The report isolates several reasons. Developers’ over-optimistic planning is partly to blame. Commonly, they clear development sites of tenants only to find that the actual process of getting work started takes longer than expected—months, even years. There’s also a lack of information for prospective tenants on where the empty units are. London’s boroughs are not currently obliged to publish a register of unrented units and developers can lack the will or means to reach out to prospective users.

The Fikirtepe project was an ambitious effort to transform a central working-class district into an upmarket residential area. It was designated a Special Town Planning Area, which allowed contractors to build high-rise apartments.

END_OF_DOCUMENT_TOKEN_TO_BE_REPLACED
This Week In Real Estate