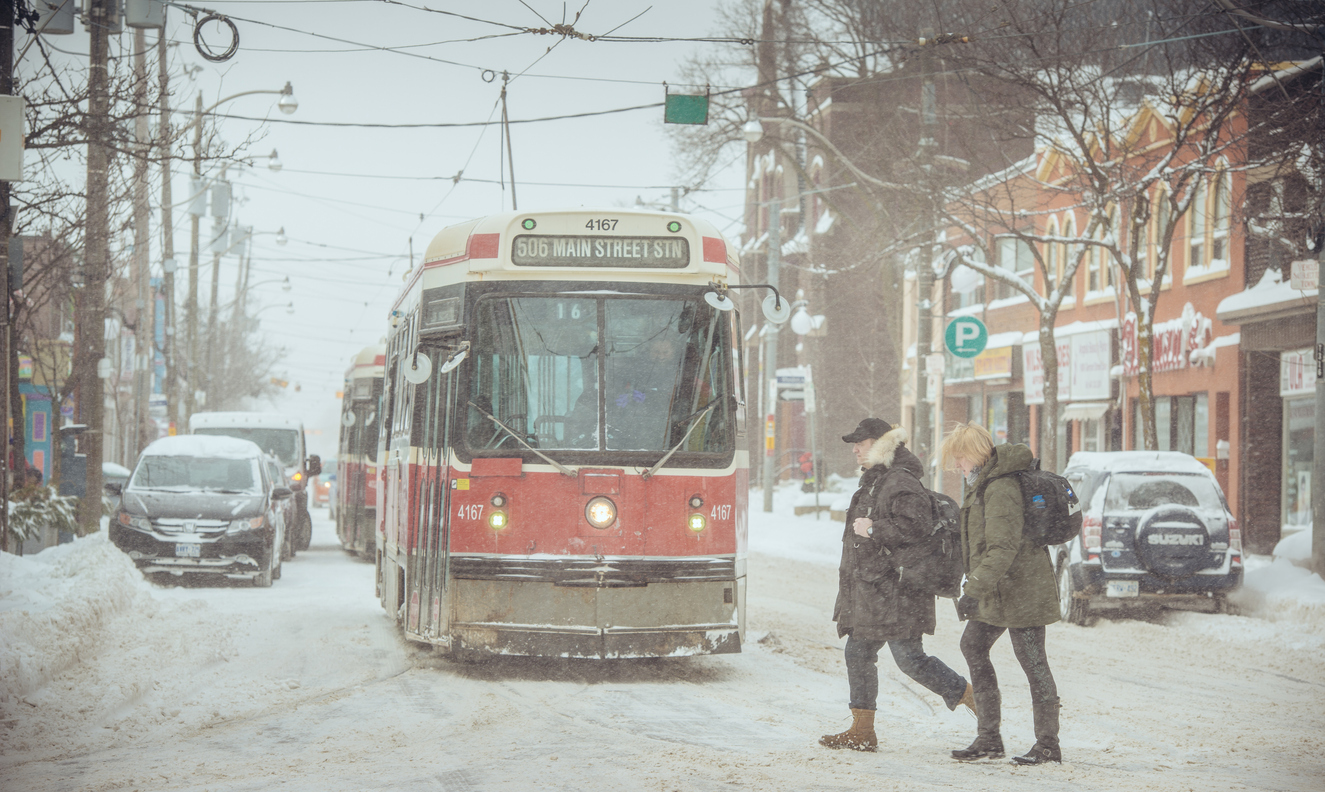 In Toronto, where average condo prices are now more than $600,000 and homes are typically going for more than $800,000, that's a steal. But it was possible, Gandhi said, because instead of going the conventional route, she bought through an innovative non-profit housing program.

For John Tory, building affordable housing is like putting up a Christmas tree ( NOW Magazine)

At the most recent council meeting to discuss the city’s homelessness crisis, Tory boasted that his plan will add 10,000 new units to Toronto’s affordable housing stock by leasing 11 city-owned parcels of land to developers and non-profits.

Brezina says the online home-sharing platform allowed a single host to run several “ghost hotels” that ruined her street and forced her and her young family to move out of their dream home because living there turned into a nightmare.

Canada's Average Home Price Is Back To 2015 Levels (Huffington Post)

This is a sign that the home resale market has weakened, and there is less money flowing through the market. But it doesn't necessarily mean that the value of your home has fallen.

Montreal's real estate market is about to eclipse Vancouver's (Bloomberg)

While still Canada’s most expensive city for housing, a recent collapse in sales has led the value of real estate transactions substantially lower. That leaves Montreal’s soaring market poised to overtake the Pacific coast city’s.

The latest edition of the Teranet house price index doesn't have much good news for Canadian homeowners wondering what's happening to the value of their homes. Especially if you live in one of Western Canada's large cities.

Is it the early days of a real estate revolution? Online realtor Redfin launches in Canada (CBC)

The high tech-low commission combination has helped Redfin grow into 85 markets in the U.S., as well as raise a lot of money through an initial public offering (IPO) in 2017. Now worth about $1.7 billion US, the company has the money to expand — even if it's not yet profitable.

The tech company, Blend, has already made inroads in the realm of home loans: It processed $230 billion in mortgage applications last year for banks and credit unions. Now it's hoping to grab more of the overall real estate loan market with products that let homeowners tap equity in their property.

Why America’s New Apartment Buildings All Look the Same (Bloomberg)

These structures’ proliferation is one of the most dramatic changes to the country’s built environment in decades. Yet when I started asking around about them, they didn’t seem to have a name.

Without Amazon HQ2, What Happens to Housing in Queens? (City Lab)

“New York has now lost 25,000 good-paying jobs,” reads the statement from the presidents of the Astoria, Queensbridge, Ravenswood, and Woodside Houses tenants associations. “The City and State will now lose tens of billions of dollars in revenue that could have been invested in NYCHA, and the tenants we fight for every day.”

A new study by University College London (UCL) concluded that building new homes is not the answer to Britain’s housing crisis as they are likely to be bought up as second homes or investments in the most popular areas.

The study evaluated the housing cost and used the average price of a pint of beer to determine the basic entertainment costs for the general cost of living.

END_OF_DOCUMENT_TOKEN_TO_BE_REPLACED
This Week In Real Estate