Latest market numbers show that Toronto's house and condo prices falling up to 20% from peaks earlier this year though staying slightly up year-over-year.

As Featured in the monthly Move Smartly Report - watch story video above, read story below and go to report to read all stories for the month

Looking at our most recent statistics for the Toronto area market, we see a continuation of the downturn we saw last month.

House sales in June are down 42% over last year and down slightly when compared to last month.

New house listings were up 1% compared to last year, but well below previous years, while the number of houses available for sale at the end of the month, or active listings, at the end of June was up 46% over last year.

Condo sales were down 40% in June over last year and below pre-Covid sales volumes for the month.

New condo listings were down 1% over last year, and ahead of typical new listing volume for the month. The number of active listings for condos was up 30% over last year.

House sales (low-rise detached, semi-detached, townhouse, etc.) in the Greater Toronto Area (GTA) in June 2022 were down 42% over the same month last year and represent a 20-year low for the month of June. 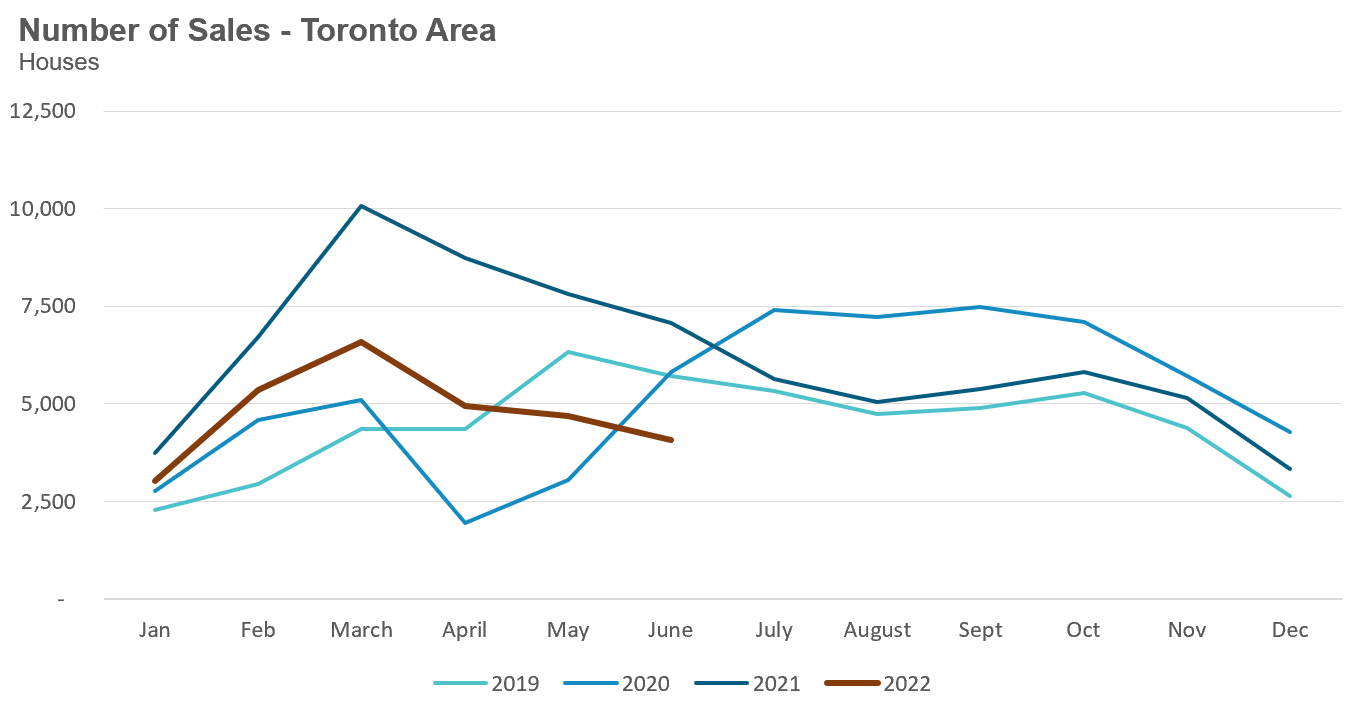 New house listings in June were up 1% when compared to last year, but below typical new listing volumes for the month of June. 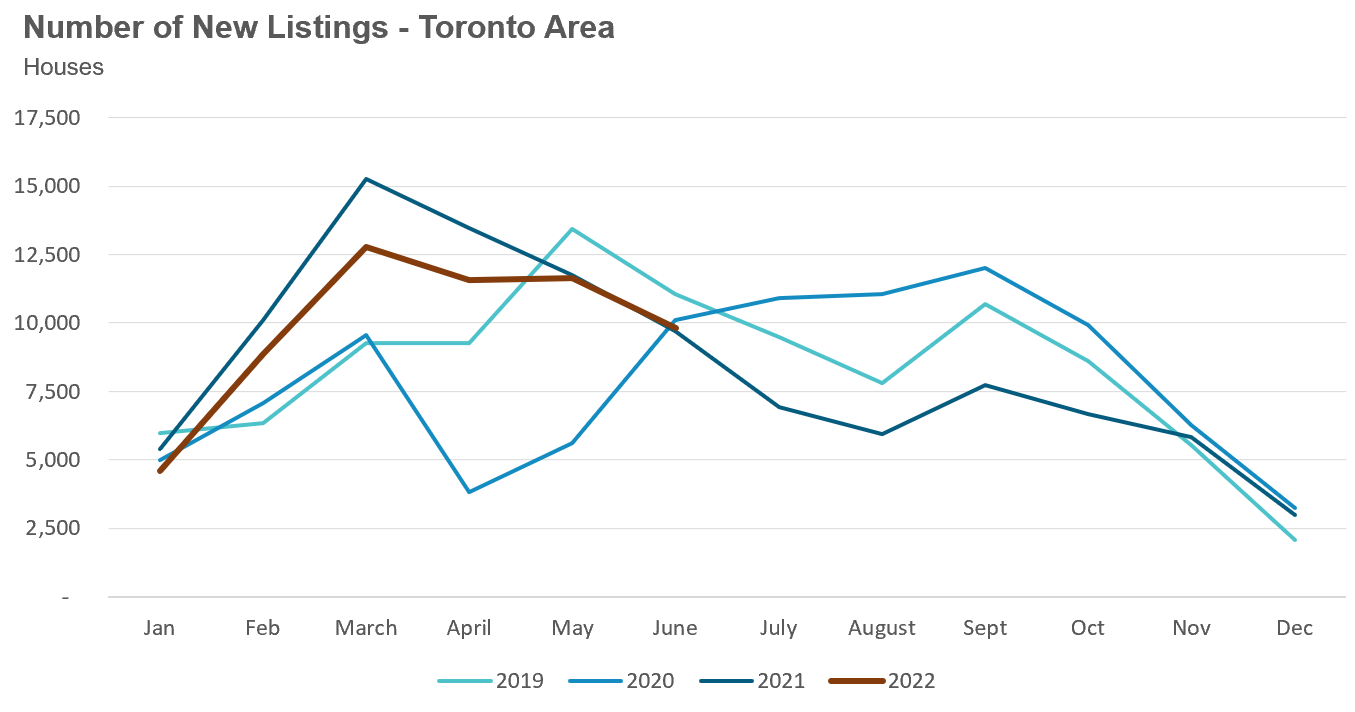 The number of houses available for sale (“active listings”) was up 46% when compared to the same month last year, but still 32% below pre-Covid levels in 2019. 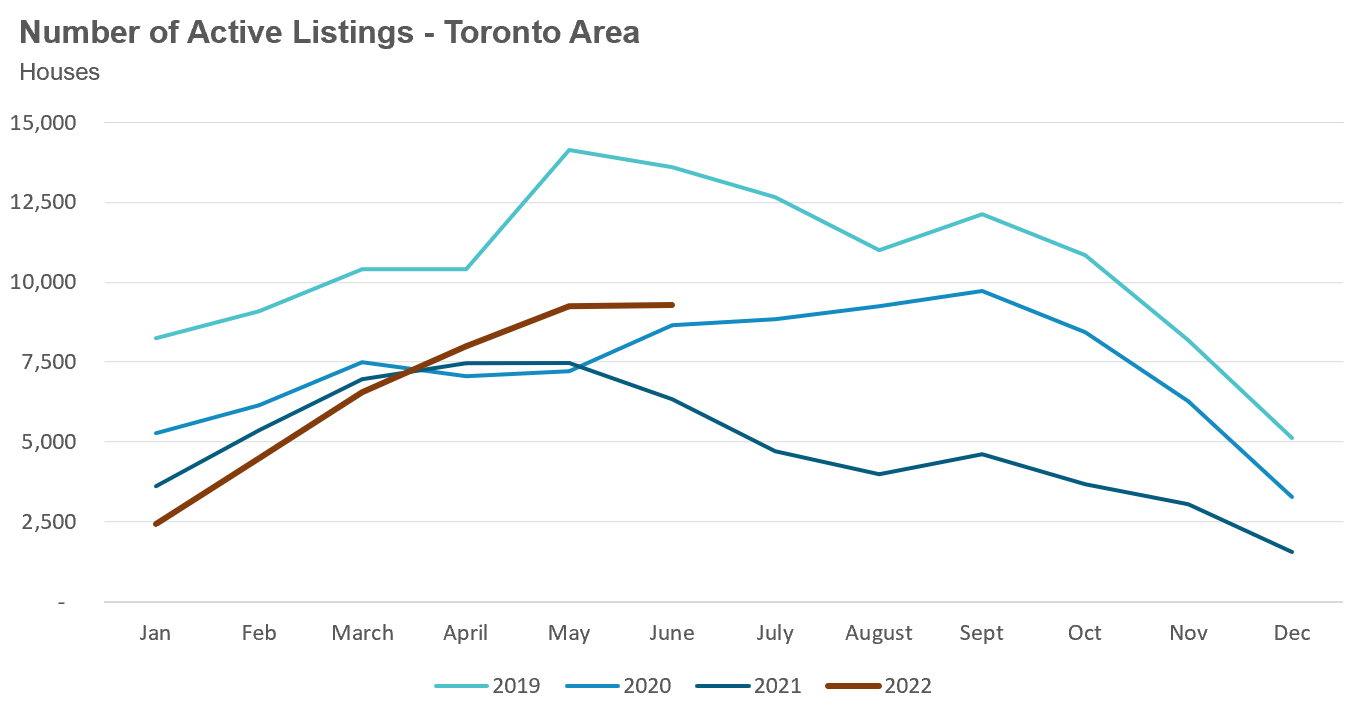 While below a very competitive 1 MOI a few months ago, inventory in the Toronto area has increased to 2.3 MOI in June. The fact that the MOI has been rising rapidly since March is a sign that the market is cooling down. 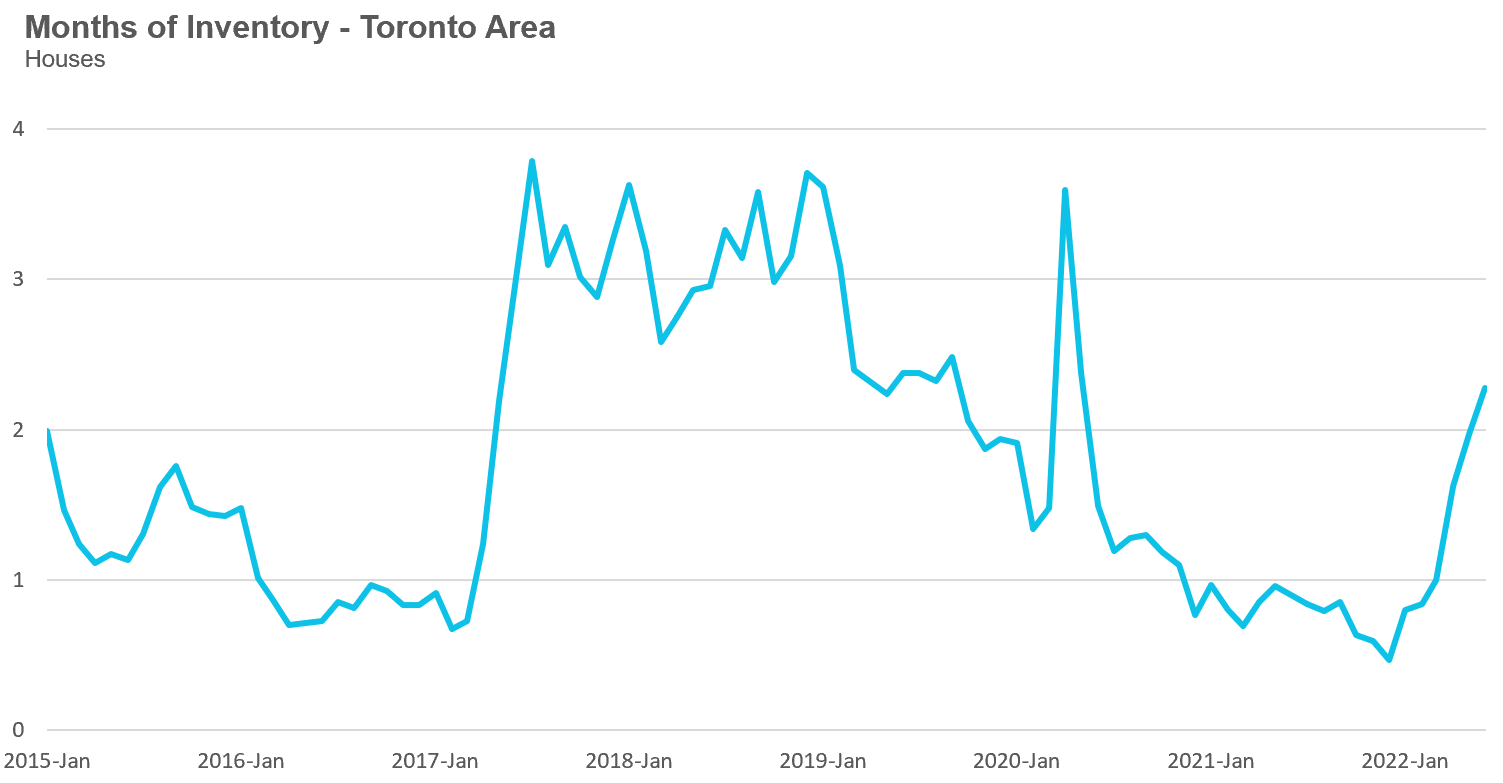 The share of houses selling for more than the owner’s asking price declined to 40% in June. 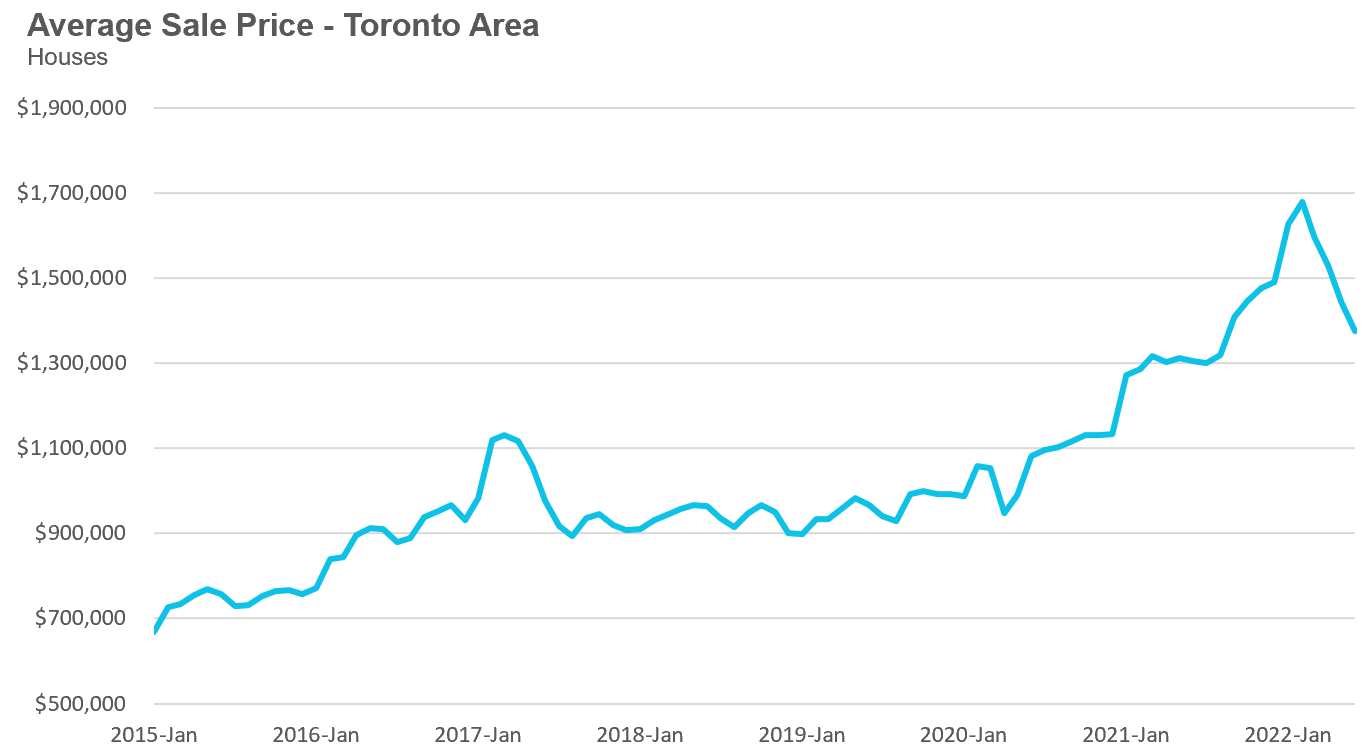 Condo (condominiums, including condo apartments, condo townhouses, etc.) sales in the Toronto area in June 2022 were down 40% over last year and well below pre-Covid sales volumes for the month of June. 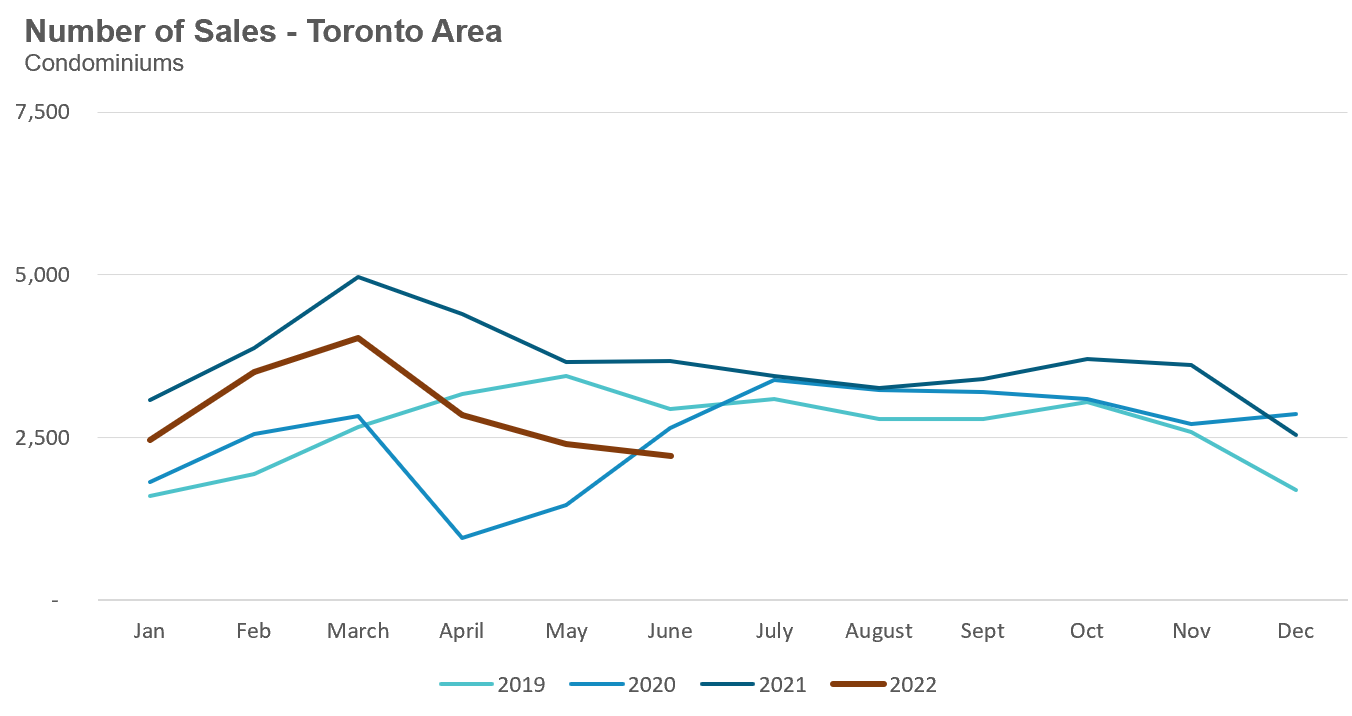 New condo listings were down 1% in June over last year and ahead of historical listing volumes for the month of June. 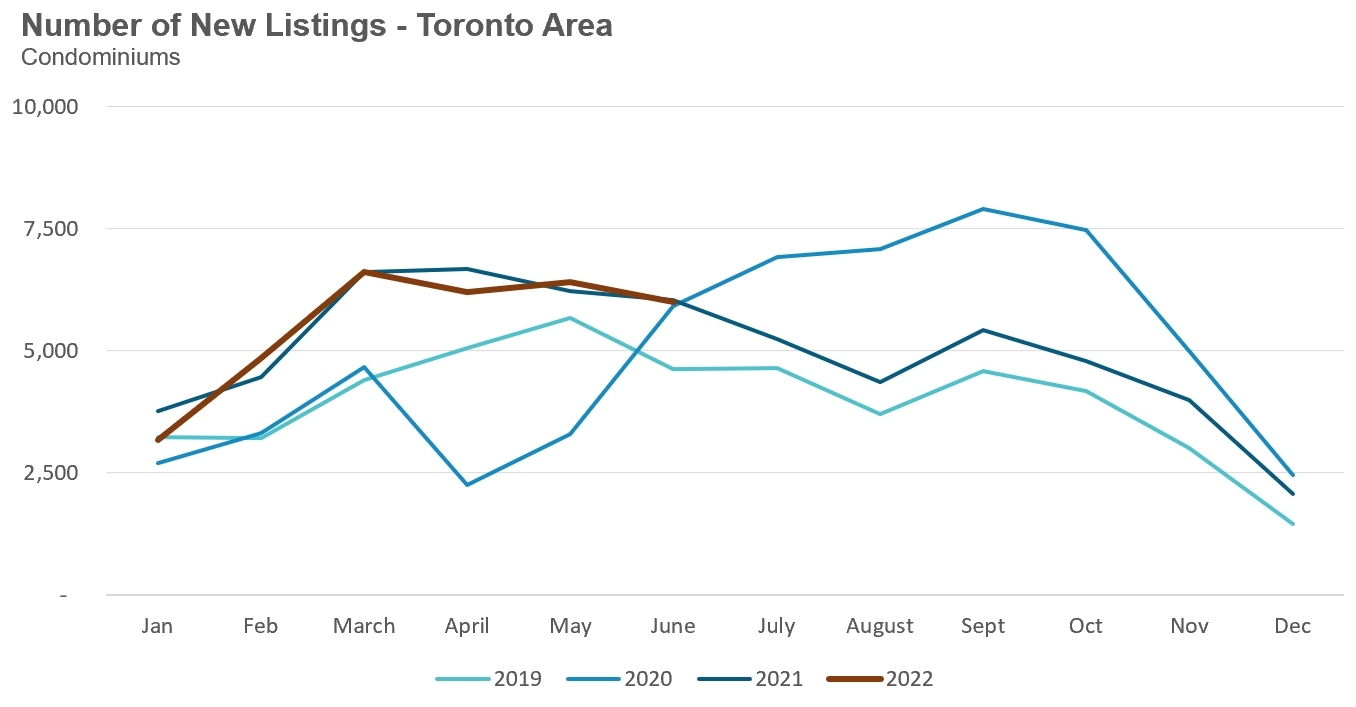 The number of condos available for sale at the end of the month, or active listings, was up 30% over last year. 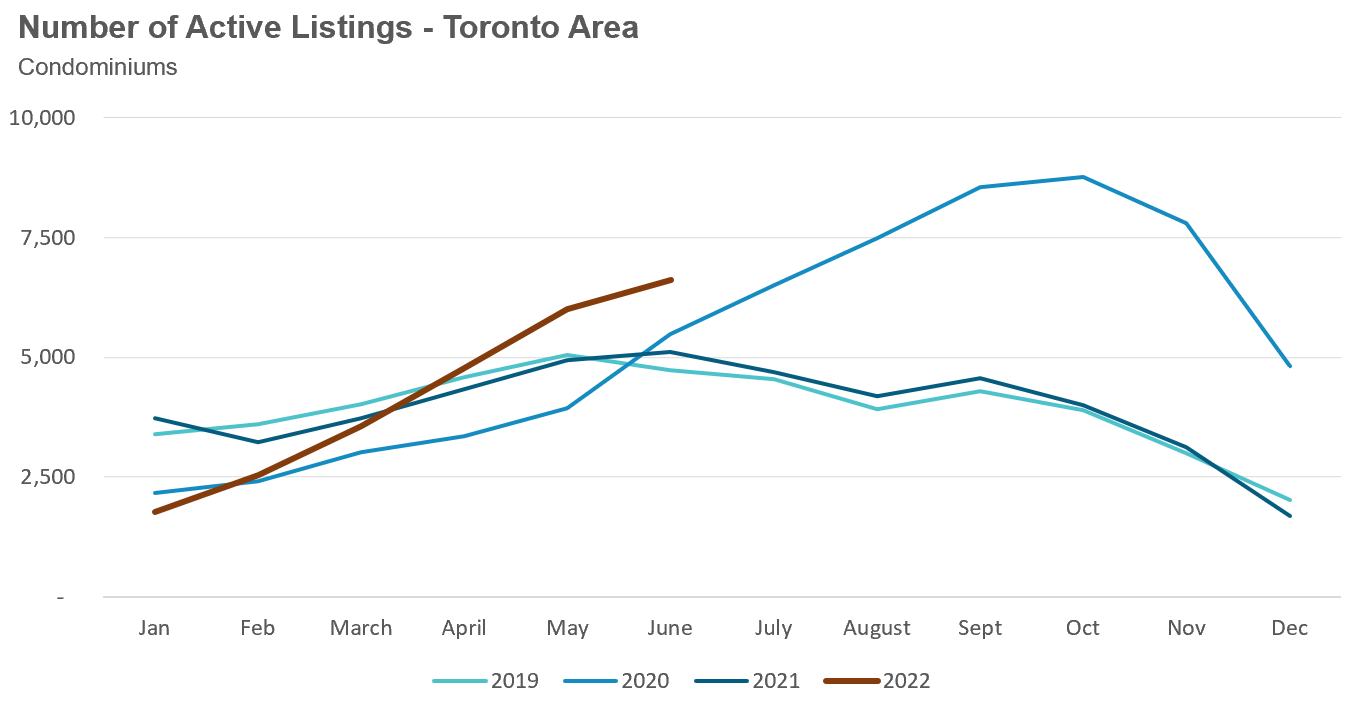 Condo inventory levels have been rising rapidly since March, reaching 3 months of inventory in June. 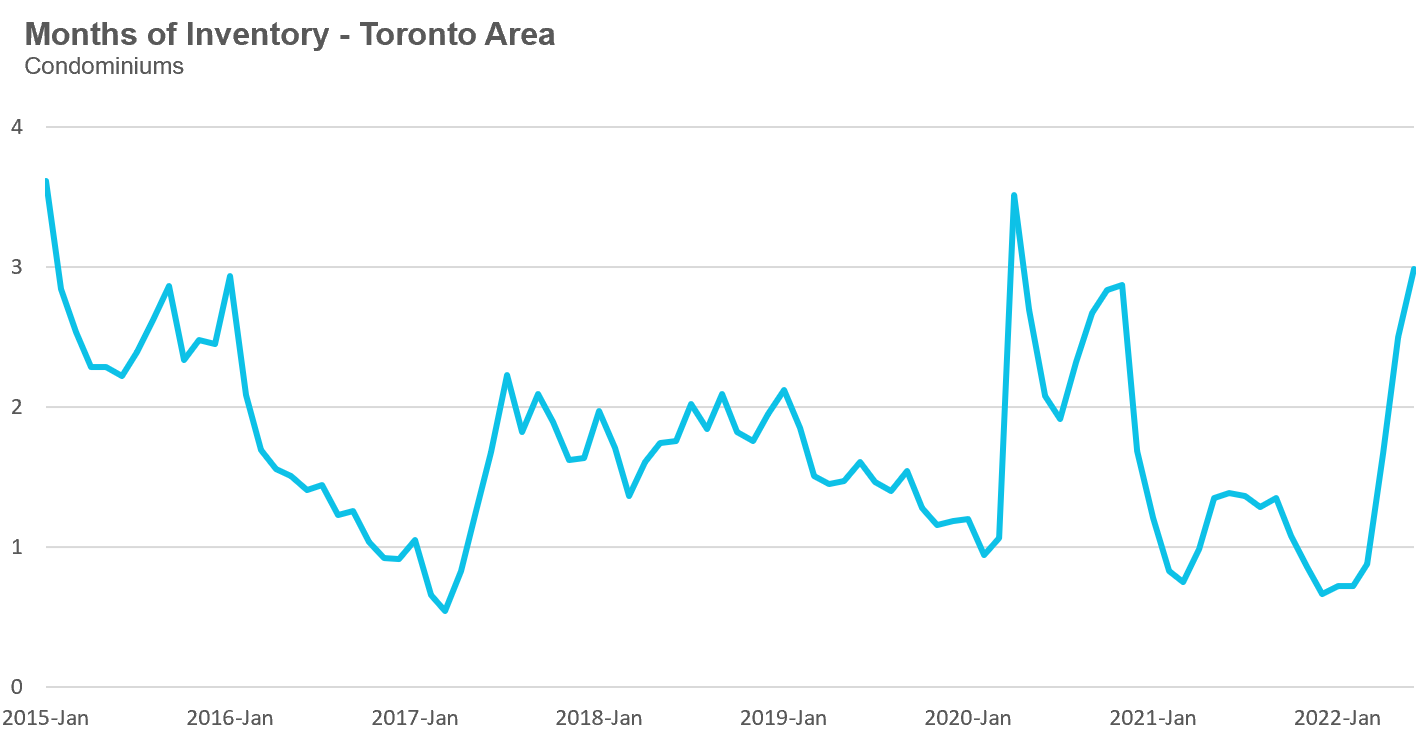 The share of condos selling for over the asking price declined to 36% in June. 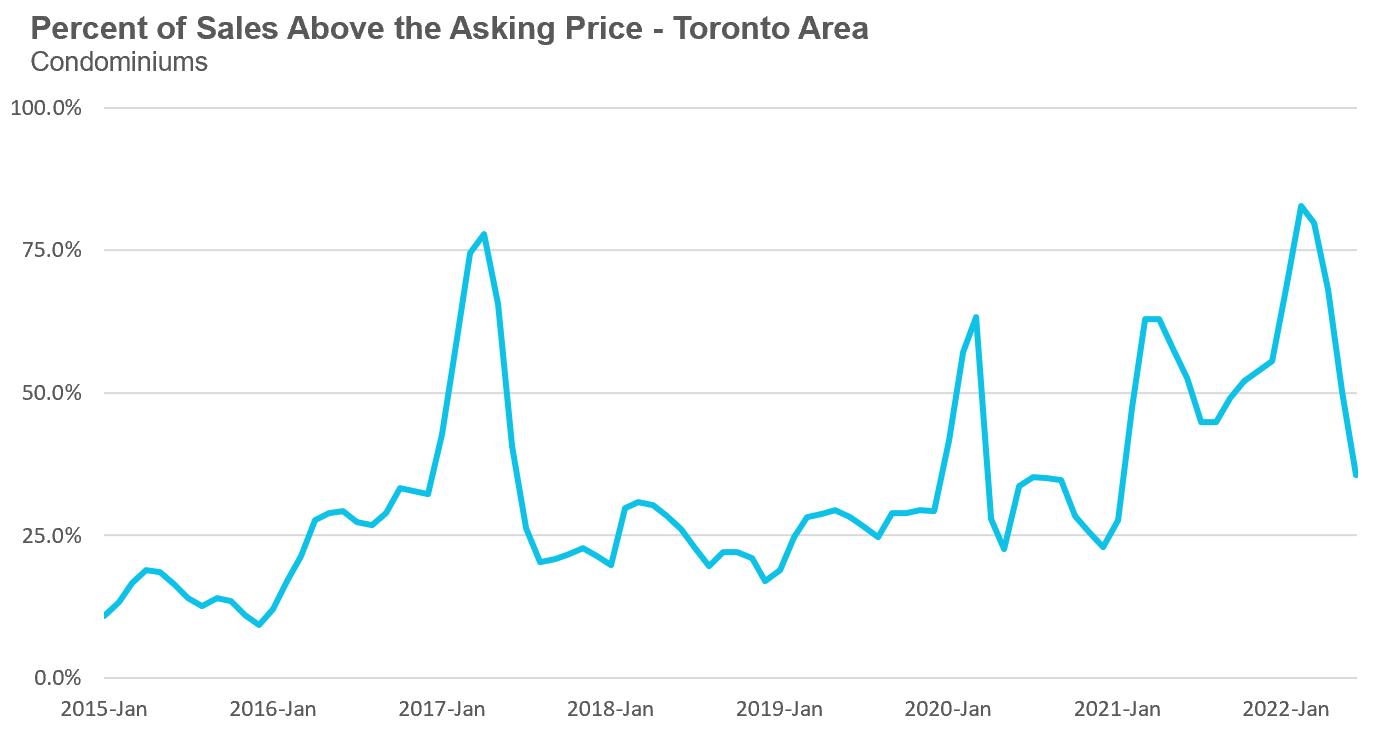 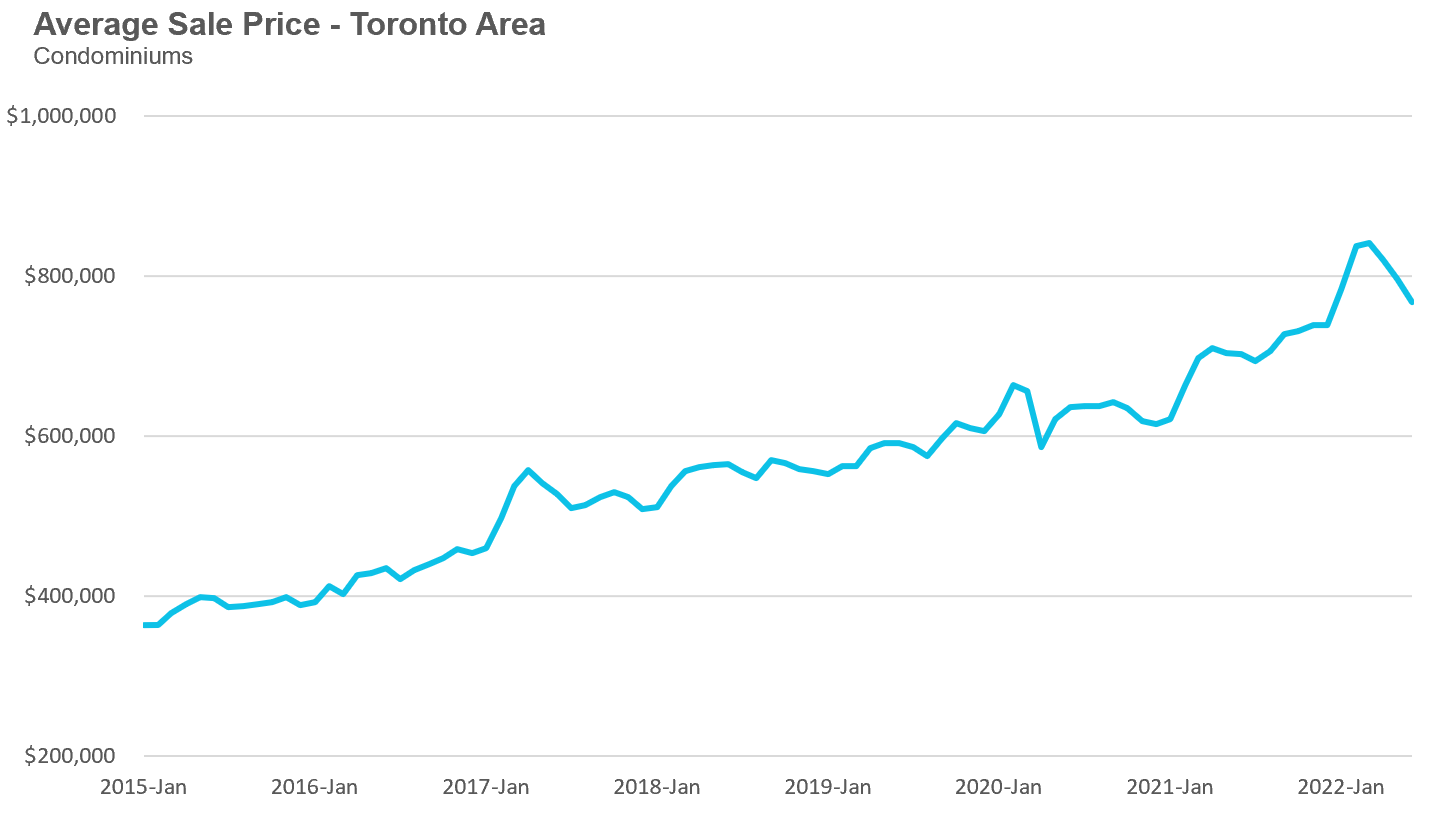 While average prices were up on a year-over-year (YOY) basis across all five regions in the GTA, sales were down significantly and inventory levels were well ahead of last year’s level, indicating some market slowing.

While condo sales were down across the GTA, average prices continue to be up over last year in all five regions. Current MOI levels are well above 1 across the GTA, signalling a slowing market. 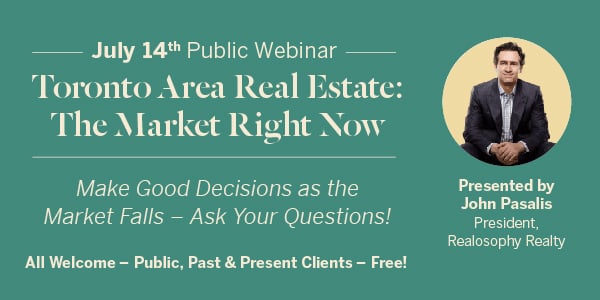 Since February 2022, condo sales and prices are declining far more rapidly in the suburbs than in...
Read More
The Monthly Numbers | Toronto and GTA