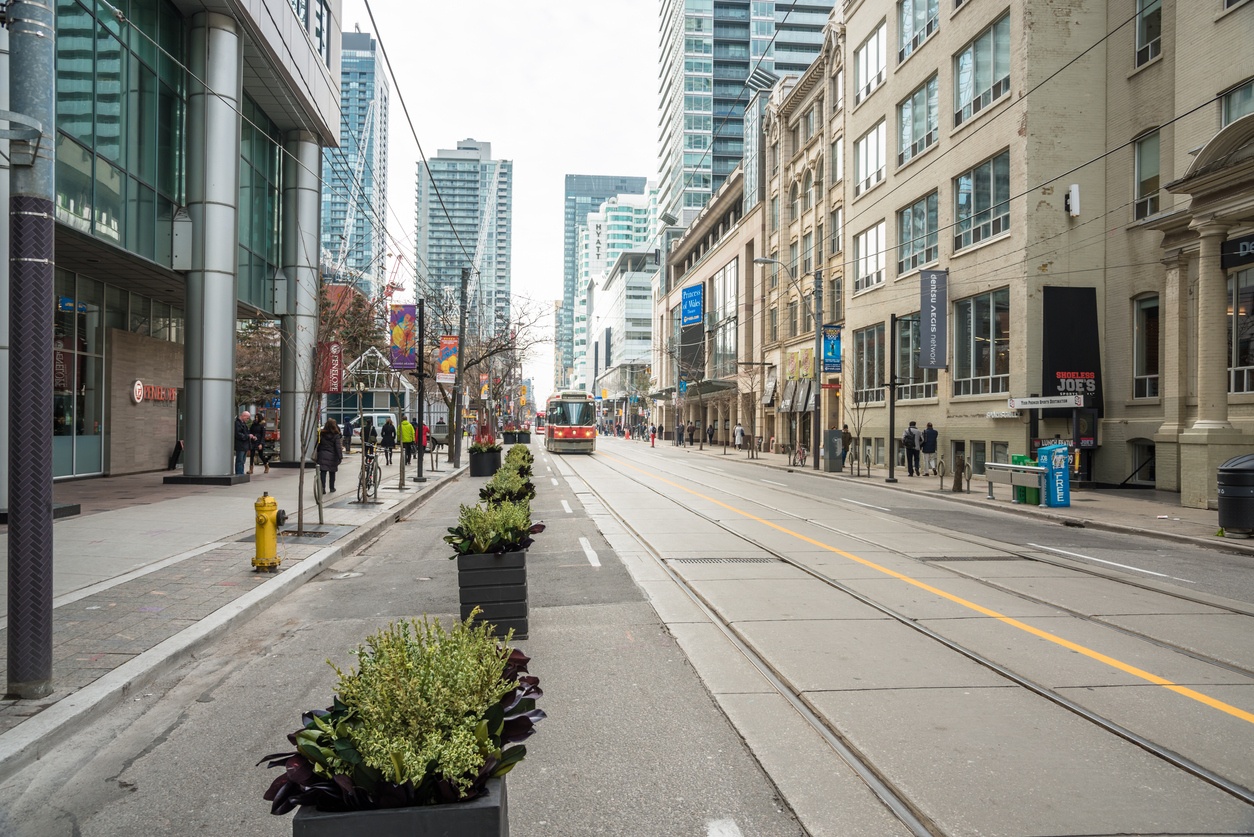 In the City: The province introduces a rent control exemption that could hurt Toronto tenants and the secret of the Four Seasons.

Elsewhere: The Canadian housing market is not heading towards a crash, for now, why Amazon's HQ2 decision was all about transportation and will UK house prices ever rise again?

Don't let the cost of commuting from the suburbs fool you: It's still cheaper to live there (Financial Post)

Furthermore, the study estimates commuting costs using median distances and does not factor travel times directly into the calculation. It further estimates suburban transit trip costs by regional train service (in this case, Go Transit) “for each municipality as the monthly fare (40 one-way trips) to commute to Union Station” in downtown Toronto.

“Landlords and Doug Ford must be the only people in Toronto that think rents aren’t high enough already,” said Matlow, chair of the Tenant Issues Committee. “Tenants deserve to have the security of knowing they won’t be evicted from their homes because they can’t afford an overnight doubling in their rent.

The Ontario government’s removal of rent controls on new, previously unoccupied rental units will mean higher housing costs in the future but won’t do much to relieve Toronto’s historically low vacancy rate, at least in the near term, say tenant and housing experts.

Secrets Of The Four Seasons (The Star)

The Four Seasons Private Residences Toronto is one of the most prestigious condo developments in the country. So why have one third of unit sales been for a loss?

“While affordability is a huge concern, particularly in large cities, Vanguard economists consider that the risk of a sharp correction — defined as a correction in the space of a year which severely impacts the economy or causes a recession — is low for markets studied, including Canada,” reads the report.

Which neighbourhoods have seen large spikes in rent? The Star mapped 5 years of rental data in 15 Canadian municipalities (The Star)

A conversation about housing has to start with numbers. Whether you’re a tenant struggling to find a home or a government crafting new policy during a nationwide housing crisis, you need to have a grip on good data.

The first details from the Liberal government’s decade-long housing plan show early spending has helped keep some 14,000 households in affordable units. The national housing strategy is only a few months old, with many parts of the plan having launched in April and more to roll out in the coming months.

Those who tuned in from the very first episode of Amazon’s hunt for an HQ2 may recall one telling element of the initial bid for its next quarters outside of Seattle: The tech giant wanted good transportation.

Under capitalism, housing provision is based on what will make developers, lenders, and landlords rich — not what average people need to survive. That’s why we’ll never get decent, affordable housing for everyone under the free market.

The effects of the Camp Fire will continue to linger long after the embers die down and the smoke blows away. The search for a long-term refuge will only add to the woes of evacuees, some of whom are living in makeshift campsites and others who are contending with norovirus outbreaks in shelters.

There’ll be volatility here for a while — a post-Brexit bounce seems inevitable, for example, and a bout of consumer price inflation is likely over the next decade (you can see it coming in rising wages), something that might make holding real assets such as property not the worst idea in the world.

The country where 96% of homes are privately owned (BBC)

Romania ranks first in the world for private home ownership. But that doesn’t mean buying a home is easy, says Ioana Moldovan.

Country Garden Holdings, China’s largest developer by sales, is bracing for a potential loss on its majority-owned residential project in Ma On Shan, as an initial batch of flats are being released at a starting price below development cost, according to analysts.

END_OF_DOCUMENT_TOKEN_TO_BE_REPLACED
This Week In Real Estate