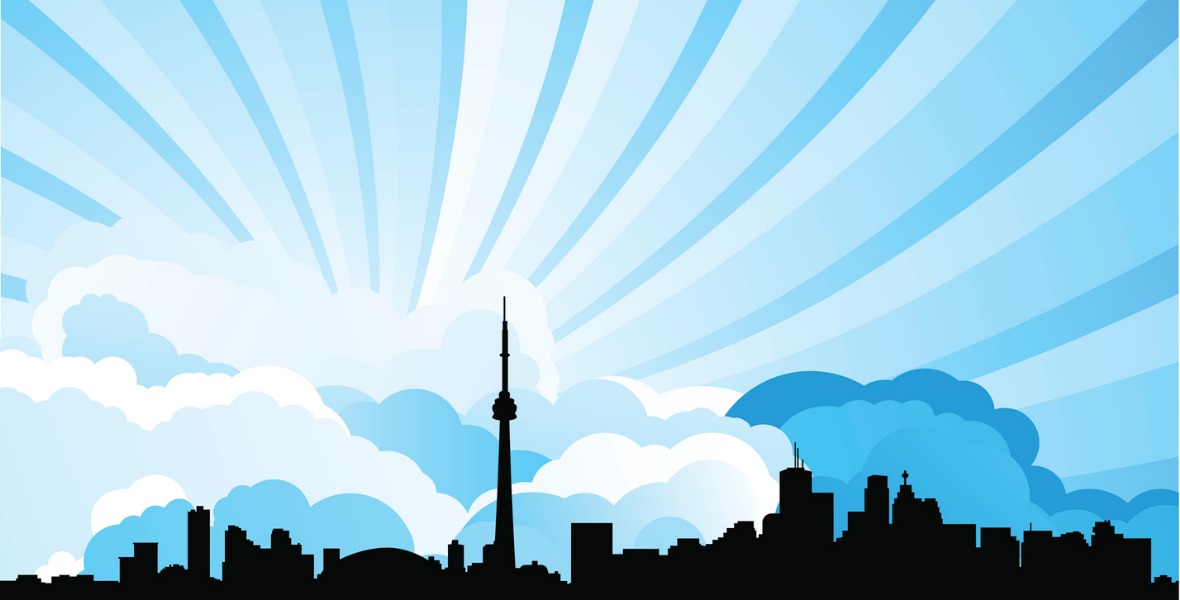 Toronto Real Estate in 2019:  The Good, the Bad and the Ugly

The good, the bad and the ugly details that might impact Toronto’s housing market in the year ahead.

Last week I discussed how Toronto’s housing market found a soft landing after the price declines experienced in 2017. After prices fell 18% from March-July 2017, home prices and inventory levels (which are usually a clue to where prices are heading) have been stable.

But just because we have seen some stability in the market over the past 18 months, it doesn’t mean we are in the clear.

Today I’ll walk you through the good, the bad and the ugly  - or to be more chronologically accurate, the bad, the good and the ugly - details that might impact Toronto’s housing market in the year ahead.

Toronto’s housing market has experienced incredible growth since the financial crisis of 2008 – but as house prices rose, so did household debt. Since 2008, household debt in Canada has risen from 150% of an average household’s income to 178% in 2018.

In response to Canada’s economy apparently booming the Bank of Canada has increased interest rates five times over the past eighteen months in an effort to cool the economy – but rising interest rates has put some financial stress on highly indebted households.

It is resulting in less spending with key indicators like auto sales down 9 months in a row and a decline in household saving. New housing sales are also expected to be much slower in 2019.

Mortgage stress tests are also making it harder for households to consolidate their high interest unsecured debt (credit cards, lines of credit) into their home mortgage which is pushing many of them to high riskier private lenders to access some of the equity in their homes (read our Realosophy-Teranet report on the rise in private lending).

All of these factors combined suggest the economy is slowing and many economists are expecting a recession in Canada as early as late 2019 or 2020. We are starting to see some early signs of a recession with both consumer and business insolvencies on the rise.

Even with all of the recessionary signals on the horizon many of the factors that have helped keep Toronto’s house prices high are still influencing prices today.

Specifically, Toronto’s population growth has surged over the 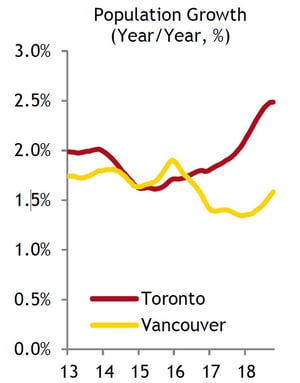 past couple of years as shown by the CIBC chart on the right. In 2017 Toronto reportedly added more tech jobs than San Francisco, Seattle and Washington DC combined. Both of these factors are helping keep the demand for homes high in a supply constrained market.

We can actually see how these factors impacted Toronto’s housing market over the past two years. When house prices started falling in 2017 after they peaked in March, the downward trend in prices stopped just four months later in July. Since July 2017 prices in the GTA have been stable.

This was surprising because when housing bubbles deflate (or pop), the decline usually lasts much longer than four months. Similarly, when the mortgage stress tests were introduced on January 1, 2018 many (myself included) expected them to result in more downward pressure on house prices – but they didn’t. Even though sales were down 40% year over year in March 2018 just 3 months after the stress tests, this wasn’t enough to push prices down further. This may sound surprising but demand for houses in the GTA was so high in 2017 that even with a 40% decline in sales we still had a competitive seller’s market for houses.

I discuss these surprising numbers in more detail in the March 2018 BNN Bloomberg interview below.

In short, I believe that house prices didn’t fall further in 2017 for the same reason they didn’t fall after the mortgage stress test were introduced. Despite the decline in sales, the GTA still has more people looking to buy homes than there are homes available for sale. While this imbalance isn’t strong enough to push prices much higher today, it has been strong enough to keep prices stable.

I suspect these factors will continue to play an important role in dampening the negative side effects of a potential recession in the year ahead.

Lastly, the rising rates that have strained Canadians over the past 18 months are not likely to rise much further with some economists even forecasting a rate cut.

While a potential recession might bring some short-term volatility to the market, a recession is not the biggest risk facing Toronto’s housing market.

The risk is that pre-construction condos over the past couple of years are selling for significantly more than existing condos as shown by the CIBC chart below. 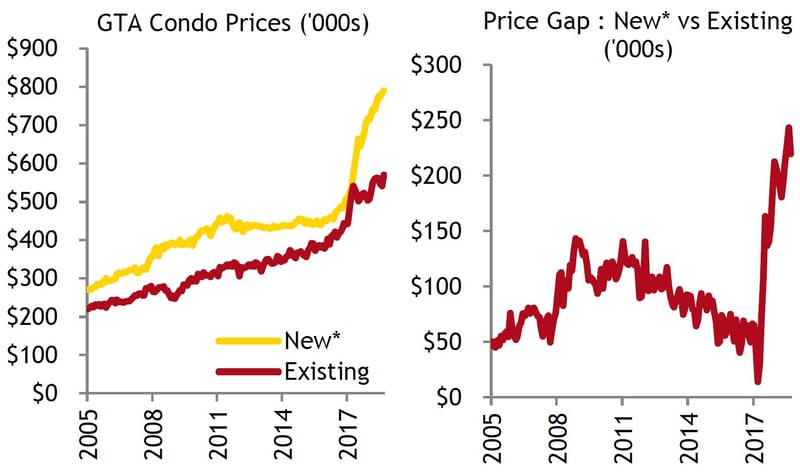 It’s this big price differential that can result in some instability in the market should we see some downward pressure in resale condo prices over the next year or two.

But unpacking what these risks are is a topic for another day - and rest assured, if I start to see some early red flags, I’ll be writing more about them to keep you informed.