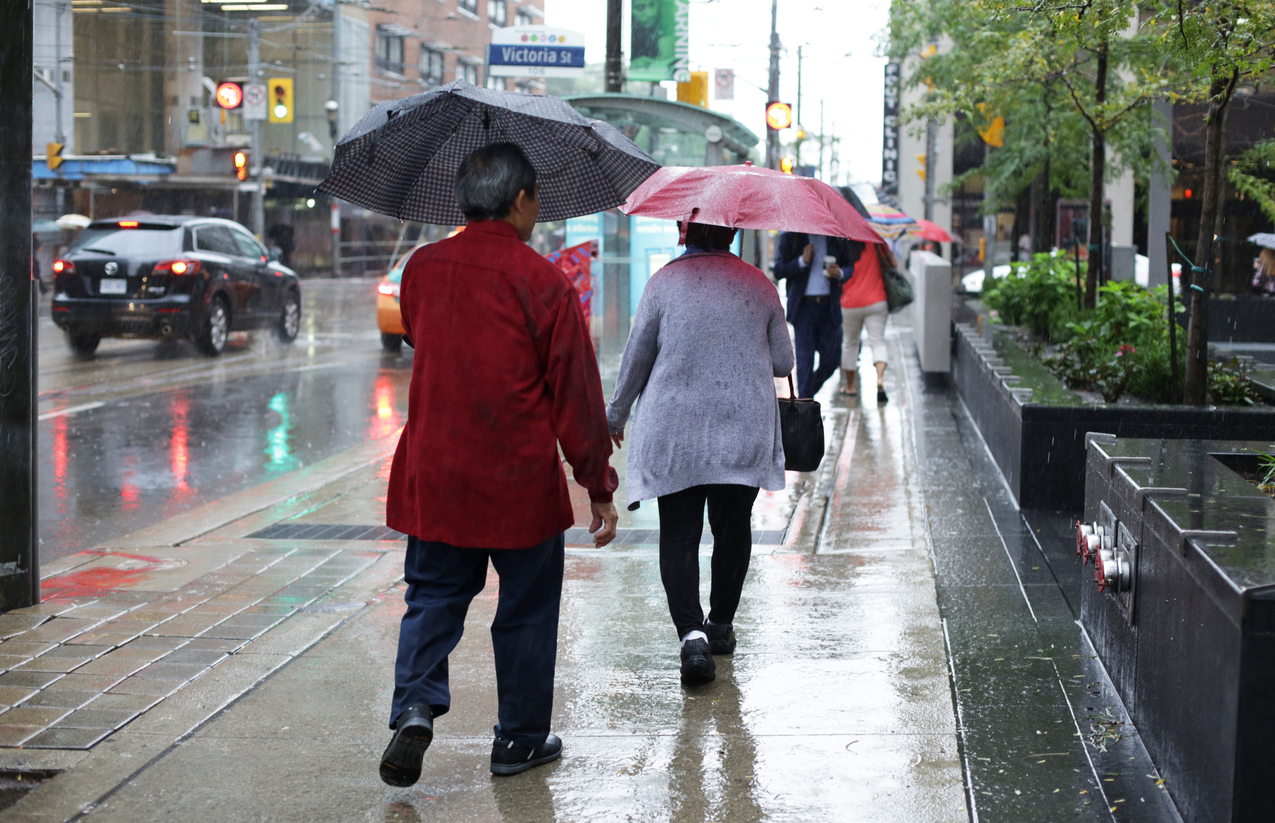 Jaw-Dropping 'Over Asking' Price in Toronto + Is Housing a Human Right?

In the City: Jaw-dropping 'over asking' price in Toronto, Airbnb has impact on city housing and is housing a human right?

Robin Pope of Pope Real Estate Ltd., who represented the sellers, says the offer of $308,000 above asking came after only two days on the market. “Someone made a completely emotional buy,” Mr. Pope says.

Airbnbs have 'serious impact' on Toronto housing despite making up less than 1% of dwellings, expert says (CBC)

Airbnb listings for entire homes in Toronto only make up as much as 0.8 per cent of all the city's private dwellings, but one urban planning expert says that's still enough of the market to have a "serious impact" on the affordability and availability of housing in Toronto.

"The homelesness on the streets, it's unacceptable in a rich country, and in a city like Toronto. Skyscrapers are going up that are clearly not intended for people who are in housing need, and clearly are intended for investors. The gobbling up of existing stock by big finance, all of this is problematic," Farha said.

"There's still a lot more room to do more," Petramala said. "A lot of this land offers the possibility of high density. You can get more housing units per parcel of land than you would from the private sector."

The Canadian government should consider being flexible on its new mortgage lending rules because the impact has been longer-lasting and more significant than originally intended, Toronto-Dominion Bank says.

The biggest housing initiative in the federal budget was bold, but narrow: the government plans to pay for — and take ownership of — up to five per cent of the price of a home for first-time buyers (10 per cent for newly built homes). Taking an ownership stake is certainly bold, but there’s less to this new incentive than meets the eye, because it’s subject to a thicket of limitations and eligibility criteria.

A prominent fund manager is sounding the alarm over Canada’s most expensive real estate market, saying housing prices in Vancouver may be decelerating at a faster-than-expected pace.

“There’s this whole set of policies that created the disinvestment in these neighborhoods that now makes them so attractive to gentrifiers and other investors,” Japonica Brown-Saracino, a sociologist at Boston University, told us during our reporting. “I don’t see a parallel set of policies to protect them now that people want to move back into them, or to think about exactly how are we going to manage or direct this investment.”

MapLab: Where U.S. Housing Costs Hurt the Most (City Lab)

Without question, local housing crises weigh heaviest on the poor. But nearly 18 percent of San Franciscans spend more than 50 percent of their income on their apartments, far above the one-third threshold that most financial experts consider to be wise. That suggests that the costs of keeping a roof overhead are a serious burden to a range of households.

Since 2008, Only High-Income People Have Seen Their Housing Costs Drop (City Lab)

In other words, those with more to spend on housing are having to spend a lot less than they were a decade ago, and vice versa. Almost everywhere. “In the top 100 largest metros in the U.S.—in each one of them—housing costs have grown more for the bottom half in income distribution than the top half,” said Igor Popov, Apartment List’s chief economist.

Why Airbnb Could Escape the Uber Trap in Europe (Fortune)

Airbnb and Uber are both seen as leading lights of the “gig economy” wave, turning regular people into service providers by putting them in touch with people who might want a ride in their car or a bed in their apartment. Both companies have had a tough regulatory time in the EU, largely thanks to protests from professional taxi drivers and hoteliers.

When Andrei Sukhanov saw that the Chinese-owned hotel rising next door was about to obstruct the sweeping view of Lake Baikal from his small, rustic motel, he steeled himself with a shot of vodka, grabbed his chain saw and chopped down eight wooden pillars buttressing the construction.

END_OF_DOCUMENT_TOKEN_TO_BE_REPLACED
This Week In Real Estate