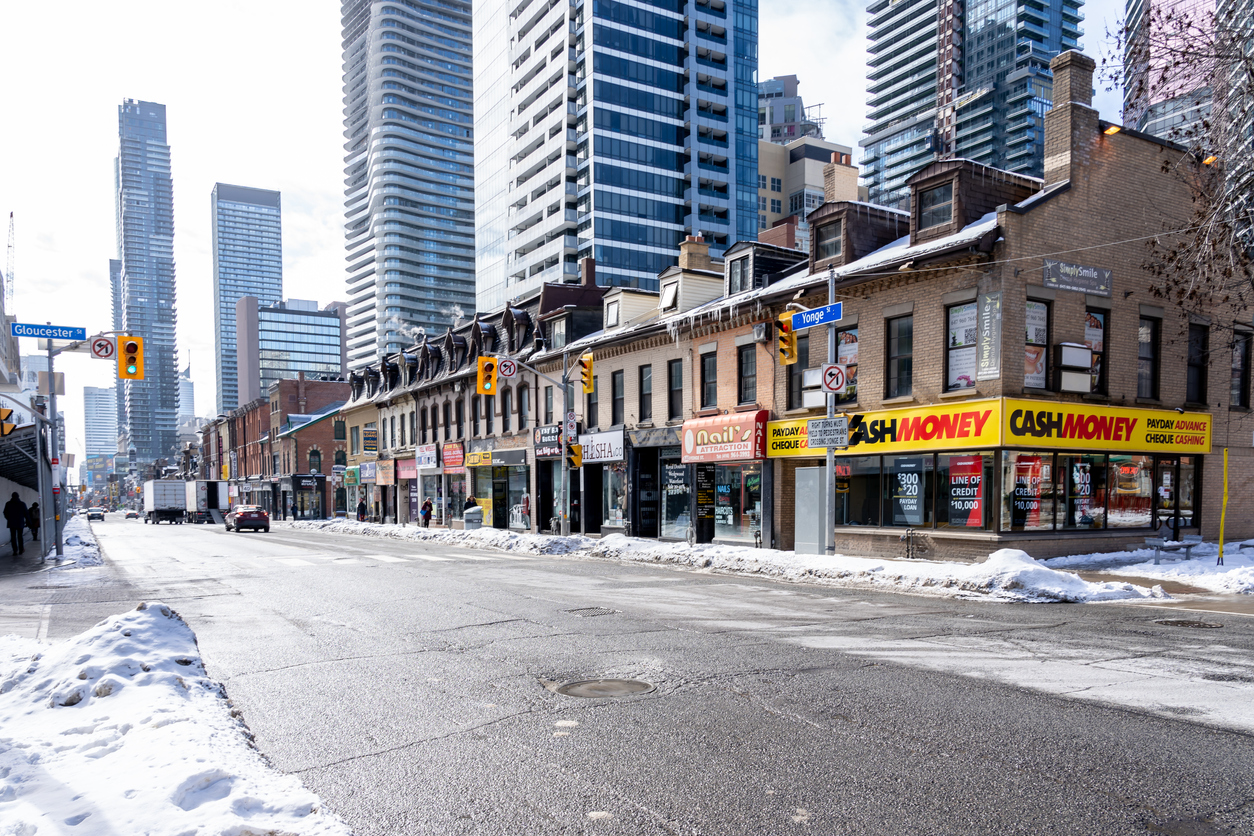 Calls For A Vacancy Tax In Toronto + The Rebound Continues

In Toronto: A photographic study leads to calls for a vacancy tax on empty properties and how many months' rent does it take to buy a condo?

Elsewhere: Housing affordability in Canada improves, public housing becomes a central point of the Green New Deal and micro-apartments are a YouTube hit.

It's time for the city to consider whether to impose a vacancy tax on empty residential properties as a way to increase the supply of rental housing, a city councillor says. Coun. Ana Bailao's comments come after a designer and software developer did a photographic study of his own on vacant Toronto condo towers that suggest the vacancy rate is much higher than estimated.

Toronto real estate buyers: cautious at the high end, voracious at the lower end (The Globe and Mail)

This week, the Toronto Real Estate Board reported that condo sales in the Greater Toronto Area rose 5.1 per cent in October compared with October, 2018. The average price of a condo unit increased 9.6 per cent last month compared with the same month last year.

The backdrop to Mr Williams’ debut as property developer — a midtown two-tower project dubbed “Untitled” — is a Toronto housing market that is rapidly on the mend after a two-year slump. Earlier that day the city’s real estate board revealed the price for a typical home in the Greater Toronto Area jumped 5.8 per cent in October from a year ago to $810,900, just shy of an all-time peak reached in 2017.

How many months’ rent does it take to buy a Toronto condo? (Toronto Star)

Housing Affordability In Canada Has Been Improving For 9 Straight Months: NBF (Huffington Post)

Affordability improved in every major Canadian housing market in the third quarter of this year, marking nine straight months that homes have become cheaper relative to incomes, National Bank of Canada says.

Digging into data from past years, Saretsky found that Vancouver luxury housing inventory sank to a low of 3.6 months in March 2016, a far cry from September’s 29 months of inventory. “For context, anything above six months is considered a buyers market,” he wrote in an earlier blog post published on October 15th.

By starting with housing, the legislators appear to be trying to make inroads with a broad political base and avoid some of the more contentious aspects of the Green New Deal, like the transition away from fossil fuels. That issue in particular has divided labor unions because it would lead to the end of mining and drilling jobs.

Today, debate still rages over just how damaging gentrification is. But it is hard to say that urban transformation has not accelerated since the 1970s, and that it won’t continue to accelerate. Cities like New York and San Francisco are now spending up to half a million dollars per apartment for affordable housing. Those units would have been much cheaper to build or preserve back then, largely because land prices were much lower. A combination of denial, doubt, and self-interest kept public officials from acting sooner.

This Housing Policy Proposal Is Radically Inclusive (The Nation)

Grassroots leader Linda Armitage, age 77, previously faced eviction when her NGO-owned building for seniors was almost sold to a for-profit developer. She says being able to talk about one’s personal connection to a proposal makes all the difference between policy’s being “impersonal” and its being about “humanity.”

Never too small: the aspiration and nauseation of micro-apartments (The Guardian)

Never Too Small began as a pet project for director and design fan Colin Chee, a way to engage with the architects he admired. It only took four episodes to realise he was on to something. With views growing daily, his employer – Melbourne-based production company NewMac – encouraged him to develop the series. Two years later the channel has drawn a huge following, boasting over 700,000 subscribers, with videos regularly bringing in millions of views.

Nairobi, Kenya’s capital city, was originally premised on a neighborhood concept, with approximately 30 percent of the city devoted to open public spaces. Over time, many of these spaces have been lost to urban sprawl while some are threatened by encroachment. Uhuru Park, one of six major remaining open public spaces, has itself lost land to a football stadium, a high-end hotel, and a members-only golf club.

END_OF_DOCUMENT_TOKEN_TO_BE_REPLACED
This Week In Real Estate