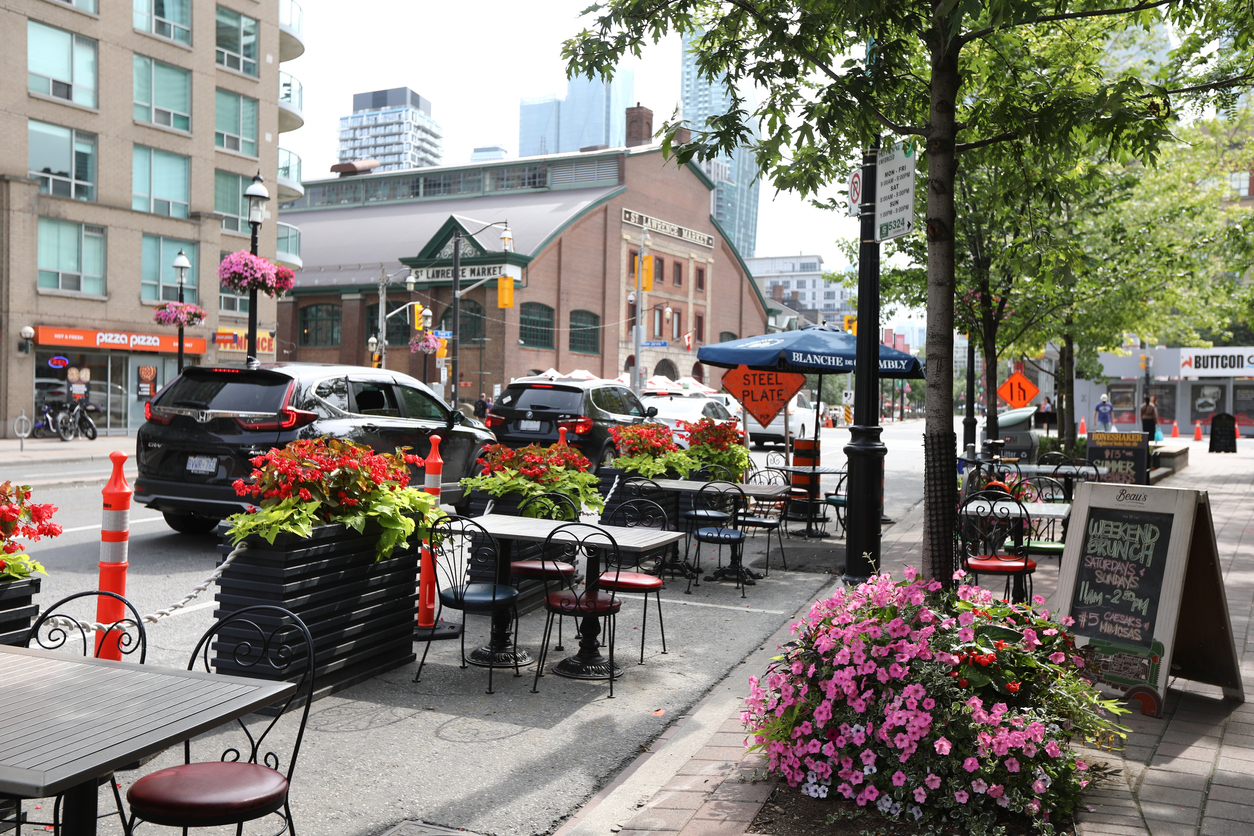 In Toronto: While home sales might have dropped, prices roses again in July and the condo market regains its footing.

Elsewhere: The escape to small towns is Canada-wide, the Biden White House extends the eviction ban as Delta takes hold of the United States, and New Zealand struggles to deal with a runaway housing boom.

The number of homes sold in Canada’s largest metropolitan area in July dropped 2% on a seasonally-adjusted basis from June, bringing the number of sales to the lowest in at least a year, according to data released Thursday by the Toronto Regional Real Estate Board. New listings plummeted more than 30% from July 2020.

According to the Toronto Regional Real Estate Board’s (TRREB) latest data, condo apartment sales soared 155 per cent year-over-year during the spring quarter and the average selling price rose 10.8 per cent during the same timeframe. “A lot of that has to do with first-time home buyer activity. Younger households were a little bit slower to recover or bounce back from the initial phase of the pandemic,” Jason Mercer, TRREB’s chief market analyst, tells Global News.

In order to save enough money for a down payment for a home in Toronto, a resident making a yearly salary of $196,913, saving at a rate of 10 per cent, would have to do so for 26.5 years — or 318 months. To afford a condo in the city under these circumstances, it would take just under five years, or 56 months. Meanwhile, median household income in the city only rose by a slight 0.9 per cent in 2021, according to NBC, “[failing] to offset the effect of these higher prices.”

“With more Canadians than usual setting their eyes on the suburbs, local buyers and millennials looking for their first home have faced more competition, especially as real estate prices continue rising,” Graham said. “You can see that millennials in certain cities are facing bigger hurdles than ever before when it comes to purchasing a home, even if they have a good credit score.”

Mr. Regan recently sold a renovated, two-storey, detached house in Cambridge, Ont., for $1.350-million after listing it for $999,000. The sellers paid $350,000 for the house 10 years ago, he adds. “Two years ago, I would have been laughed out of the room if I said it would go for that amount,” he says. “You’ve created a millionaire – and that’s a good thing. The problem is it affects the whole first-time buyer segment.”How robot carpenters could help solve Canada’s housing crisis.

“We’re really hoping that this bylaw will help give the City of Hamilton the leverage that we need to enforce standards,” says Danko, “and make sure tenants are living in safe units.” “We’re seeing growing numbers of rentals that are just being purchased by absentee landlords and real estate investors,” Danko says, adding that these owners often rent these properties to “disadvantaged populations, newcomers or low-income people, who are then being forced to live in very substandard conditions.”

Akbari explained that immmigration is crucial to Nova Scotia's economic survival, because the province has an aging population and negative natural population growth - there are more deaths than births each year. Akbari said in a study he did two years ago, the relative affordability of housing was a key factor making Nova Scotia attractive to newcomers. And that while he sees the lack of affordable housing here could impact our ability to attract and retain immigrants, house prices are spiking across the country too.

"The emergence of the Delta variant has led to a rapid acceleration of community transmission in the United States, putting more Americans at increased risk, especially if they are unvaccinated," CDC Director Rochelle Walensky said in a statement. "This moratorium is the right thing to do to keep people in their homes and out of congregate settings where COVID-19 spreads."

The model is a new spin on a rent-to-own strategy that has been employed by other companies including Home Partners of America, which Blackstone Group Inc. recently agreed to acquire for $6 billion. As part of its service, Landis provides coaching for clients on how to manage their finances to improve their credit and save the amount they need for a down payment.

The Best and Worst Cities to Flip Houses (NY Times)

Sioux Falls, S.D., came out on top as the best place to flip a house thanks to low renovation costs and good quality of life. Newark, N.J., came in last, with scores in the basement across all three categories. The highest return on investment was in Pittsburgh, though with home values not especially high and renovation costs not especially low, flipping a house wasn’t as lucrative as in other cities. For budget-conscious flippers, Mobile, Ala., was found to have the lowest median purchase price and the lowest kitchen renovation costs, landing the city in sixth place overall.

In the capital, Wellington, a 50-year-old derelict house deemed "too dangerous to enter" sold for almost NZ$1 million - a price far higher than expected. "The new owners didn't step foot inside before purchasing it... even we could not enter," said Ben Atwill of real estate group Ray White, which made the sale. "From what I am seeing, there is no stopping the premium dollars from coming through."

The monthly update on the property market showed a marked north-south divide, with London, the south-east and the east of England reporting the smallest annual price rises, while the biggest jumps were in Wales, the north-west and Yorkshire and Humberside. House prices have risen strongly in the past year, helped by the decision of the chancellor, Rishi Sunak, to scrap stamp duty on purchases in England and Northern Ireland up to £500,000. The tax break was limited to homes up to £250,000 at the start of July and will revert to £125,000 in October. The holiday has already ended in Scotland and Wales.

END_OF_DOCUMENT_TOKEN_TO_BE_REPLACED
This Week In Real Estate