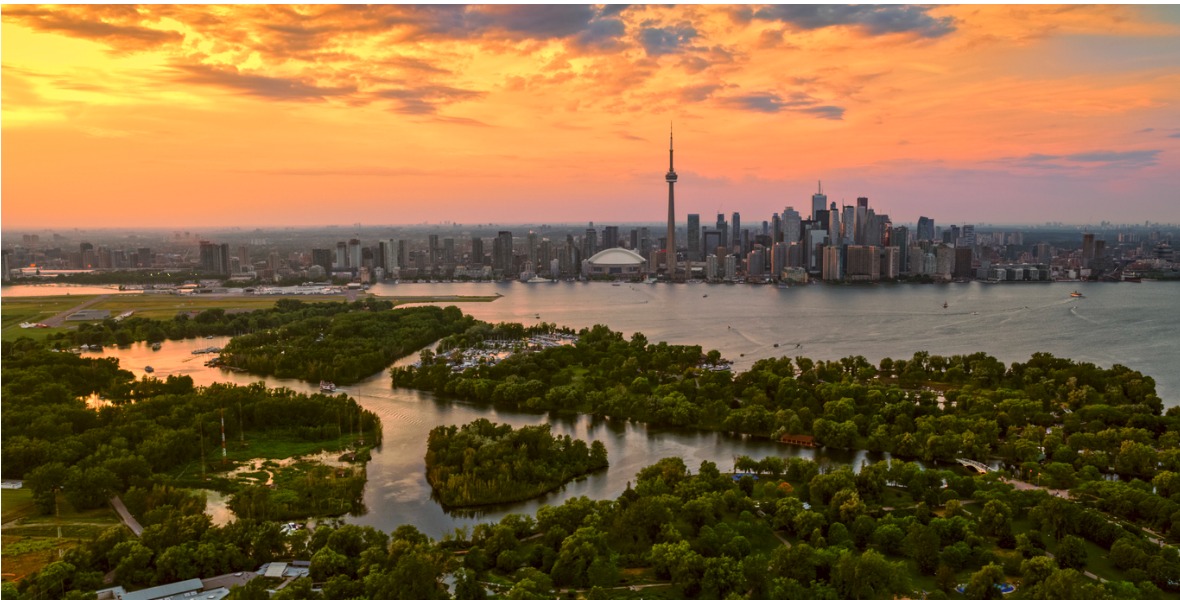 In Toronto: GTA voters have their eyes on the federal parties and their housing platforms as downtown rents rise again.

Elsewhere: An opening for Canada's conservatives on housing, what to make of high U.S. home prices, and countries around the world grapple with taking in Afghan refugees.

In the east end, where she does much of her business, Ms. DeClute says move-up buyers are still active – particularly in the upscale Beaches neighbourhood. Their challenge is finding a property to buy. Scarborough and Durham Region, which are more suburban and have more properties suited to first-time buyers, are not seeing the frenzied buying that characterized the early part of the year, she says.

What’s the recipe for more affordable housing in cities? This has emerged as a hot issue in the federal election, and the parties are responding with a raft of promises. The NDP pledges to build 500,000 units of social housing, while the Conservatives would turn huge expanses of federal property into housing. All this requires years to implement. But in Toronto, a new housing development – with the involvement of former chief planner and mayoral candidate Jennifer Keesmaat – would provide 119 permanently affordable apartments in the heart of downtown. And the developers can’t wait to get started.

“It’s not trying to engineer a price drop,” he said, “but trying to create the conditions again, where, if you want to live in Toronto or the GTA, you can, and there’s a place for you.” And that’s where Erin O’Toole is succeeding, said Moffatt. “It’s time to face the facts: We have a housing crisis in Canada,” the Conservative leader said, announcing his housing plan to reporters on Thursday. “The supply of homes to own, as well as to rent, is not keeping up with our growing population.”

Pasalis said that accelerating immigration and population growth amid a supply constrained market certainly contributed to inflating house prices, and suggested that a party platform on housing should encourage more supply for Canadians looking to treat their homes like a home rather than an asset. “At a broad level from the demand side, my feeling is that over time, the federal government should be looking at policies that perhaps make it a little bit harder for investors to be getting into the market and easier for end-users to get into the market,” he said “In some ways, the underwriting for investors should be a little bit tighter … and eventually ease of lending to first time borrowers. That’s kind of what I think we should be moving towards.”

Canadian voters will be hearing a similar message from each of the major federal parties during the current election campaign: housing has grown too expensive, and we have a plan to fix it. The consensus reflects the increasingly dire state of housing in Canada, experts say, which affects everyone from prospective homeowners feeling squeezed out of the market to lower-income families languishing on waiting lists for affordable housing.

It could be particularly beneficial for the party in key areas such as Toronto and Vancouver, where affordable housing remains as intractable a problem as ever. And where feelings continue to run high over what to do about it. The Liberals have yet to release their election platform and have yet to make housing a key talking point in the campaign. However, the past federal budget included a commitment to spend $2.5-billion over 10 years to create 35,000 affordable housing units. Around the thorny issue of foreign ownership, the party is mulling a meagre one-per-cent tax on non-resident foreign owners.

Young Canadians such as Mr. Silverman have seen their attitudes toward real estate reshaped by the pandemic. Rising prices and the feasibility of working remotely have many considering the alternatives, which include renting for longer, moving back home or even moving outside of the expensive urban centres. For others, forced to work from home in cramped rented space and lured by low mortgage rates, the pandemic prompted a sooner than expected leap into home ownership.

"There is no question that home building has hit some sort of near-term ceiling, with surging home prices reducing affordability and leading to a record drop in the proportion of consumers that feel now is a good time to buy a home," said Mark Vitner, a senior economist at Wells Fargo in Charlotte, North Carolina.

Home Prices Are Now Higher Than The Peak Of The 2000s Housing Bubble. What Gives? (NPR)

They find evidence that the price surge in the 2000s was indeed a bubble, which serves as a scary reminder that the housing market can go wild and crash. But they also find evidence that may provide some comfort to homeowners: Something real can explain the long-run upward trend in home prices.

How the US made affordable homes illegal (Vox)

Zoning laws are the rules and regulations that decide what types of homes can be built where. While this can be innocuous, exclusionary zoning is anything but. These rules have a dark history in the United States as a tool of racial and economic segregation, used explicitly to keep certain races, religions, and nationalities out of certain neighborhoods. And while the explicit racism has been wiped from the legal text, the effect of many of these rules remains the same: to keep affordable housing, and the people who need it, away from the wealthiest Americans.

A telling example of the “what can we do” phenomenon can be found in Berkeley, Calif., where I live. The city has received quite a bit of positive press in recent months for its resolution to end single-family zoning. The stated reason behind the change: to right a historical wrong. In 1916, Berkeley became the first city in the nation to enact single-family zoning as a way for families in the wealthy Elmwood neighborhood to stop the construction of multifamily units that might bring in a poorer class of renters.

Dutch call centre worker Joan Kelderman knows from personal experience the downside of Europe’s booming house prices: her landlord is trying to demolish her cheaply-rented home in order to build a new housing and retail complex. The local authority in Zaandam, a town a few miles north of Amsterdam, said the scheme would create more than 530 new homes, of which 30 per cent would be social housing; about half would be for sale or rent at market prices.

The needs of people on council house waiting lists must be considered by authorities looking to welcome refugees from Afghanistan, an MP has said. The UK has agreed to take in up to 20,000 refugees over the next few years, including 5,000 this year. Ipswich MP Tom Hunt said it was right to help, but added: "We have to be realistic about what we can manage." A joint statement from councils in Suffolk said the county would "step up" to help those fleeing the Taliban.

END_OF_DOCUMENT_TOKEN_TO_BE_REPLACED
This Week In Real Estate