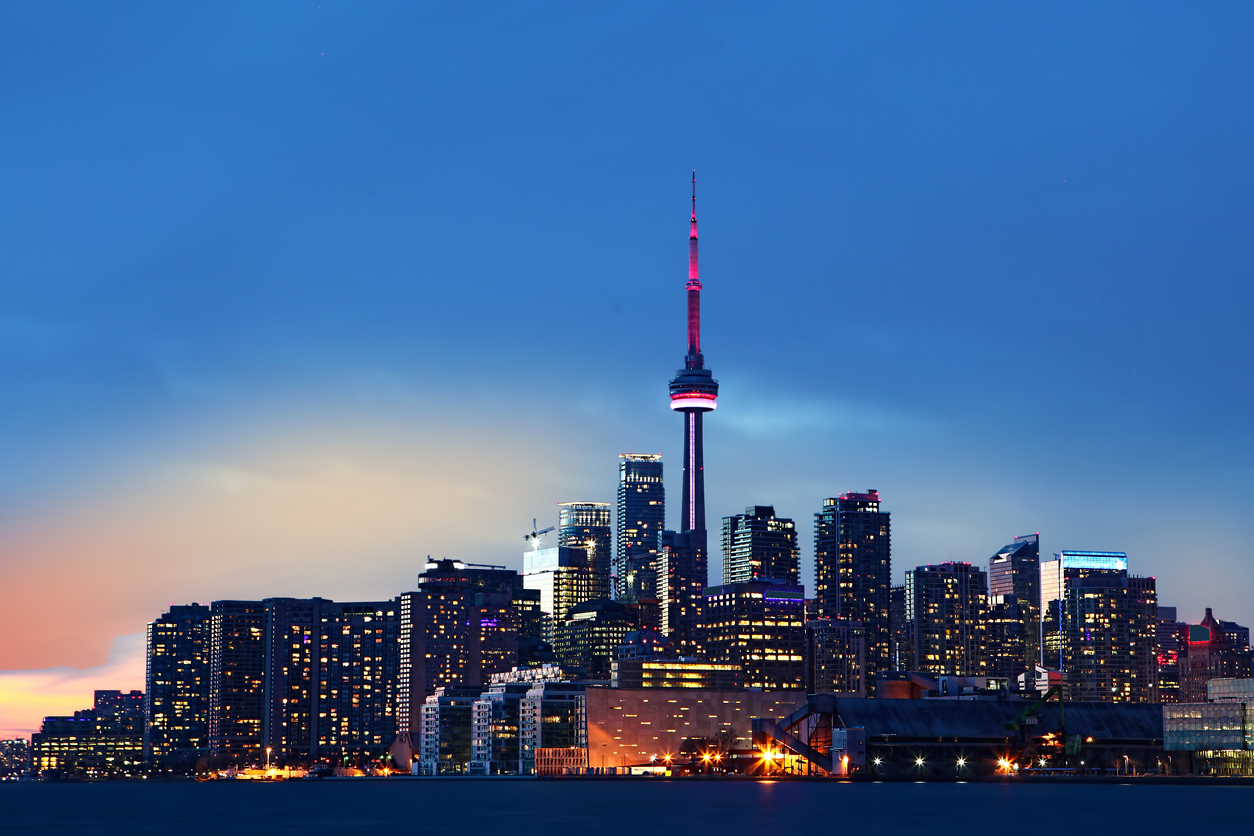 In Toronto: Where does Housing Now stand some three years later and what one central Toronto riding thinks when it comes to the election and housing.

Elsewhere: Canada's election continues to reckon with housing crisis, apartments built on an assembly line in the United States, and trouble for a major Chinese property developer.

Almost three years later, however, Housing Now appears to be stalled, mired in complex contract negotiations over access to a debt financing initiative that’s included in a $40 billion/10 year federal support program geared at supporting rental and subsidized housing, and announced with much fanfare by the Liberal government in 2017. Abi Bond, the executive director of the City’s Housing Secretariat, disputes such concerns, and predicts that the development teams for the first few sites will be announced “imminently.” “There’s a huge amount of work that is happening behind the scenes.”

“It’s always about buying and selling housing,” said resident Alan Frank, pointing to the numerous proposals on offer to assist first-time home buyers, lower mortgage costs or restrict foreign ownership in the Canadian housing market. Those kinds of policies don’t help tenants like him, Frank said, or most people who live in the clustered highrises of North St. James Town — where 90 percent of households rent their homes, compared to 47 per cent citywide.

“It’s about people,” confirmed Mr. Loucks. “People were forced into these [houses] because of money, but they made a life in them, and that’s what I love about them, you see these lives blossom as people overcome all of these things.” And, added Ms. Valpy as we turned onto Queen St. East, even when some tasted success, they often stayed put: “What we’d find in the [city] directories, 80 years later, it’s still the same family.”

The Canadian government first introduced capital gains taxes in 1972, but exempted primary homes from taxation in a bid to encourage home ownership. Half a century later, bidding wars, blind offers and double-booked viewings – once the stuff of big-city lore – have become ubiquitous in rural and suburban areas across the country.

While perhaps not obvious, the two issues are deeply interconnected. How the federal government and its provincial and municipal counterparts chooses to tackle a national housing shortage could have profound implications for the effort to limit future greenhouse gas emissions. At the core of the housing crisis in Canada is a relatively straightforward problem. There are more people who need and want homes (of all types, whether single-family, condominiums, rental and social housing) than there are dwellings available to them.

The political class now seems to recognize that they need to do something about Canada’s housing market. But politicians across the spectrum have almost universally failed to point out the structural causes of unaffordable housing. Instead, politicians have pointed to the bogeyman of the foreign investor. Foreign investors inflating the value of property with international capital are not the real problem — they are merely a symptom of a perverse system in dire need of repair.

How a foreign homebuyer ban in Canada could backfire (Bloomberg)

“There are some Americans who buy property here, but there are a whole lot of Canadians that buy property in the United States and we need to be very very careful that the Americans don’t respond in kind,” said Mike Moffatt, senior director of policy and innovation at the Smart Prosperity Institute, said in a recent interview. “You can just imagine all the snowbirds who have places in Florida, Arizona, Las Vegas, and all of a sudden they have to start paying an extra tax? If the Biden Administration or the governor of Florida says, 'Well, the Canadians are going to do that to our people who own fishing lodges in New Brunswick? Okay, we'll put a one per cent tax on any Canadian that owns a home in Orlando.'”

Polling shows the NDP, Liberals and Conservatives are in a tight race in Metro Vancouver. Meanwhile, news reports detailing a Liberal candidate’s history of house flipping and special loans given to developers are likely to resonate with voters in the pricey city, according to observers. “I think it will issue a certain level of public rage,” Andy Yan, director of Simon Fraser University’s city program, said. “It’s going to feed the fires of public concern.”

Stonly Blue, a San Francisco-based venture capitalist and an investor in Blokable, said a combination of factors from climate change to labor shortages have finally piqued the tech world’s interest in construction innovation. “The focus in recent decades has been software,” he said. “It’s slowly incrementing back to hardware and there’s nothing bigger and harder than buildings.”

I'm a Councilman in the Least Affordable Region in the U.S. Here's How We Can Fix the Housing Market (Time)

The societal costs of a national crisis in housing affordability are high—the risk of locking entire segments of the population out of homeownership. It’s a concern I hear consistently from constituents, and it’s borne out by the data. A report this year by the Urban Institute predicted that at current rates, homeownership in 2040 would fall to levels not seen since 1960, with losses concentrated among young people and Black households.

The White House said it would use incentives to reduce exclusionary zoning at the state and local levels. These zoning ordinances often mandate minimum lot sizes and ban all but single-family homes on residential lands, which drives up housing costs because it limits the supply. That disproportionately prices out Black and Latino people from buying homes, experts say.

The company, which was founded in 1996, rode China’s epic property boom that urbanized large swathes of the country and resulted in nearly three quarters of household wealth being tied up in housing. This put Evergrande at the center of power in an economy that came to lean on the property market for supercharged economic growth.

How an Olaf Scholz Government Could Transform Germany and Europe (Bloomberg)

A coalition of SPD, Greens and Left introduced a cap on rents in the capital Berlin, but had to withdraw it after a successful court challenge. They all want some form of rent control, and would aim to accelerate and expand construction of affordable housing. The FDP, which was part of the Berlin court challenge, would push back strongly against any form of nationwide rent control, and instead look to focus on building more to combat the housing shortage.

END_OF_DOCUMENT_TOKEN_TO_BE_REPLACED
This Week In Real Estate