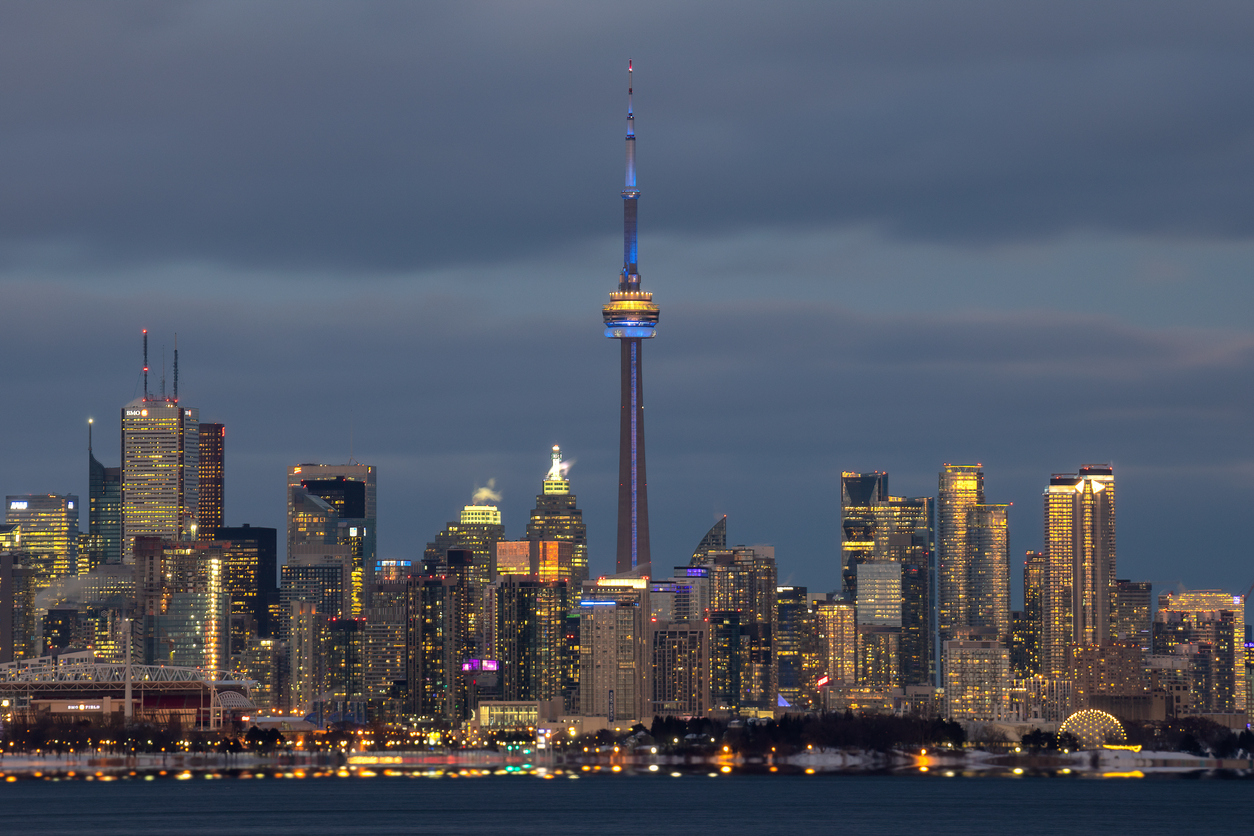 In Toronto: Clever billboard spotlights Toronto's out-of-reach home prices and a dubious new listing tactic.Elsewhere: Could higher property taxes lower home prices, will the U.S housing market ever be normal again, and a divide between Paris and the suburbs rings familiar in Toronto.

The message, near Spadina Avenue and Queen Street West, went up the week of May 17 and reads “Can’t afford a home? Have you tried finding richer parents?” Raphael Morin, a moderator for the group’s Reddit page, says it’s about the market being so unaffordable that Canadian millennials with full salaries still have to ask for help from family to buy a house. “People are frustrated with how politicians are handling the crisis. The whole point is to gain attention so we can push for more equal housing policies across major cities in Canada,” Morin said.

“We see [the trend] periodically. In residential real estate, to me, if an agent puts [a listing] out for $1, [..] it’s to generate as much activity as possible on it. So they can get multiple bidding wars happening or multiple offers on it.” When representing a buyer, however, Brown says it can be irritating. “It ends up generating a lot more competition [than is] really necessary. So it's a waste of a lot of people's time,” Brown told CTV News Toronto.

Our city is developing in an increasingly exclusionary and unsustainable way. Today, almost half of Toronto’s households are renters, and they’re on track to outnumber owners shortly. But over the past decade, despite our declining ownership rate, for every purpose-built rental unit built, nine condo units were built. These new condos are unaffordable to the vast majority of residents. Most are bought by speculators who rent them at the least affordable rates in the city.

The future cityscape: 11 buildings that will change Toronto (NOW)

Torontonians may have been locked down over the past year during the pandemic, but construction and development kept going. Now, with the city on course to slowly emerge, we’re taking a look at some of the most interesting buildings and developments slated to go up in the next few years that will transform how we experience the cityscape – for better or for worse. From developments billed as sustainable to future skyline icons and hyped neighbourhood game-changers, we looked at projects that will alter the city in environmental and aesthetic ways, impact the city’s heritage buildings and attempt to address the city’s affordable housing crisis.

Something has gone seriously wrong with Canada’s housing market. This year’s price surge is the result of years of decisions and indecision, from politicians at all levels, municipal included. The building of housing in Canada is too restricted in too many neighbourhoods, with zoning effectively designed to freeze the number and size of existing buildings, thereby preventing the addition of more homes. Meanwhile, at the provincial and federal levels, governments for years largely ignored housing.

Johannson made the comments as BMO beat expectations, reporting its second-quarter profit nearly doubled compared with a year ago when the amount it set aside for bad loans soared at the start of the pandemic. The new mortgage stress rules come into effect on June 1. They will set the qualifying rate on uninsured mortgages at either two percentage points above the contract rate, or 5.25 per cent, whichever is greater.

“If people are paying higher property taxes, they can’t afford to pay as much for mortgages and they won’t buy as big a house,” said Frank Clayton, co-founder and senior research fellow at Ryerson University’s Centre for Urban Research and Land Development. “Some won’t buy a house, but they may buy a condo.”

Some of the super-rich have been digging down to add two or even three extra storeys in their basements. They’re constructing underground movie theatres, gyms, tennis courts, parking stalls and pools. In West Vancouver, Soules says one new iceberg house in the seaside Dundarave neighbourhood “has a large underground car collection, a fancy lift and extends far beneath grade with an insane amount of concrete. This is an example of the propensity of current wealth to sometimes burrow and hide itself underground.”

Will the Housing Market Ever Be Normal Again? (The Atlantic - Paywall)

At the end of our conversation, I presented McBride with a scenario that I’ve heard several times from friends and on internet confessionals. Let’s say you’re a couple in your 30s or so, looking to buy a home. You devote your leisure time to Redfin, and Zillow pages have been flash-burned onto your corneas. You’ve put in several offers, promised sellers everything short of a shrine to their descendants, but you keep losing out. Do you recommit yourself to the Zillow chase, throw in the offspring shrine, and raise your max price in the expectation that things will only get crazier with time? Or do you wait?

Broker Fees Are Here to Stay. Why Do They Even Exist? (NY Times - Paywall)

Just before the pandemic hit the city, the New York Department of State, which interprets laws and issues guidance based on those interpretations, said that under sweeping rent protection laws passed by the State Legislature in 2019, the collection of broker fees was banned. The suite of laws was meant to strengthen the rights of tenants. The announcement stunned brokers, renters and even some lawmakers, who had not considered a limitation on broker fees when they passed the laws in 2019, which did impose limits on other types of rental fees.

The eight leading Democratic candidates for New York City mayor have pledged to increase city spending on public housing to at least $1.5 billion annually, a $900 million increase from Mayor Bill de Blasio’s proposed budget for the fiscal year starting July 1. But that’s just a fraction of the hole the city needs to fill, and many of the candidates leading at the polls are relatively vague on how they will raise extra money. Andrew Yang says on his website that he will fight to get funds from the federal government.

This appetite for a bigger apartment, or ideally a house, drove average prices across a number of housing markets higher, especially in parts of Central and Northern Europe, data show. In the Netherlands, prices rose 15 percent over the past year, while in Austria the increase was 12 percent. In Germany, prices increased 11 percent and in the U.K., 10 percent. The Swiss bank UBS has highlighted the cities of Munich, Frankfurt, Paris and Amsterdam as at risk of housing-market bubbles, and Stockholm and London as appearing overvalued.

The hidden side to French suburban living (The Economist - Paywall)

Greenery is at the heart of this tension, and competing interests are complex. In Marines, a small town with a cobbled central square, residents cherish the environment as well as their cars. Daniel Hermand, who works at the town hall, says he quit Paris for a calmer life close to nature and forests. If the pandemic and consequent home-working push more families out, they may bring their hobbies and politics with them. So Ms Pécresse has taken care to sound eco-friendly too. She has launched an electric-bike rental scheme, and promises a network of bicycle routes to match those of the RER train lines.

END_OF_DOCUMENT_TOKEN_TO_BE_REPLACED
This Week In Real Estate