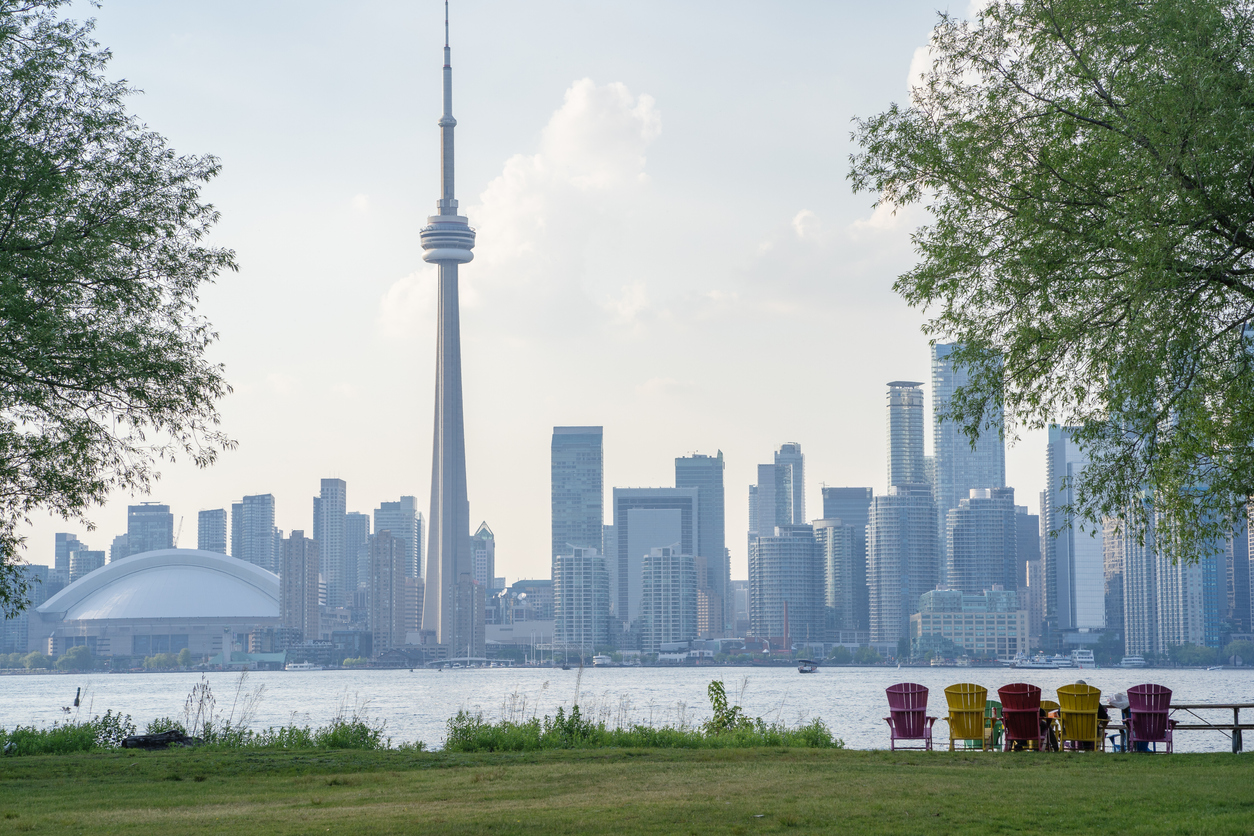 In Toronto: Don't expect a pullback in the housing market anytime soon as sellers are poised for a post-COVID-19 blitz. Elsewhere: Homeownership a 'distant dream' for many Canadians, cracks in the U.S. housing market appear, and prices in Australia and New Zealand liftoff.

John Pasalis, president at Realosophy, joins BNN Bloomberg as Toronto home prices hit an all-time high and sales start to slow. He says people are being pushed further and further away from the city and argues the new "stress test" will not have a big impact on the hot market.

Mr. Molloy says the impact of a more stringent “stress test” introduced on June 1 will be interesting to watch. The Office of the Superintendent of Financial Institutions, which regulates the banking industry, now requires lenders to stress test borrowers at 5.25 per cent or two percentage points above their contracted rate – whichever is higher. That’s a slight increase from the previous benchmark rate of 4.79 per cent.

I’m a millennial with a good income. In Toronto’s housing market all I can afford is a parking space or storage locker (Toronto Star)

“You’re probably going to laugh,” she said, telling me I may be able to obtain approval for around $150,000 — a mere 23 per cent of the average cost of a condo in Toronto’s market, according to the Toronto Real Estate Board’s April 2021 condo report. “You might get a garage.”

At a virtual press conference, Bell cited independent research that showed Toronto has a condo vacancy rate of 5.6 per cent. She said the estimated $88 million revenue from the speculation and vacant home taxes can be to affordable housing programs while applying downward pressure on prices in the city. “Doug Ford has helped speculators and large developers rake in record profits while renters and first-time home buyers have been left behind,” Bell said. “Ontarians earning Ontario incomes and paying local taxes can’t compete with wealthy outsiders who do not pay local taxes when they bid on a home.”

They envision a destination neighbourhood bisected by Broadview Avenue, bounded by the Don Valley Parkway to the west, Booth Street in the east and anchored at its north end by the East Harbour transit hub where the pending $11-billion Ontario Line will intersect with GO trains on the Lakeshore East and Stouffville tracks. It is expected that an LRT will eventually run down Broadview.

Home ownership a ‘distant dream’ for many Canadians as calls for action to cool frenzied market largely ignored, RBC says (The Globe - Paywall)

“Canadian policymakers mostly ignored calls for forceful action,” RBC senior economist Robert Hogue said in a note on the updated forecast. Qualifying for a mortgage became slightly tougher in June, and more homeowners listed their properties for sale, but Mr. Hogue said those two factors would not make a difference to buyers “who continue to try to outbid each other amid exceptionally low inventories and fast-rising prices.”

Not just the pandemic: Why housing prices are skyrocketing, and what could come next (CTV)

Predicting what will happen more than a few years out is more difficult; any number of government actions and market forces can have a significant effect on housing stock and value. However, several analysts who spoke with CTVNews.ca say one thing is clear: without substantial increases to Canada's housing supply, prices will only continue to rise far faster than the rate of inflation, leaving those who don't already own a home even further behind.

Millions of people will move to Canada in the next 20 years, but where will they live? (CTV)

Jino Distasio, a geography professor and vice-president at the University of Winnipeg, says that while there has been "a spattering of interest" in redeveloping and rebuilding housing in the inner city, government, developer and homebuyer attention has been more focused on Manitoba's Capital Region – which includes Winnipeg, but also 17 municipalities in the faster-growing suburbs. "It's been a little bit of an exodus out of older neighbourhoods, and we're seeing … a lot more growth in suburban neighbourhoods," he told CTVNews.ca via telephone this month.

Cracks in the Housing Market Are Starting to Show (Bloomberg - Paywall)

However, the idea that institutional investors are somehow largely to blame for the current housing market catastrophe is wrong and obscures the real problem. Housing prices have been skyrocketing due to historically low supply, low mortgage rates, and the largest generation in American history entering the market looking for starter homes.

When Manhattan is Cheaper than Brooklyn (NY Times - Paywall)

Jeff Godfrey found a nicer rent-stabilized apartment in Manhattan for the same price he was paying in Bushwick, Brooklyn. “I lucked out, but I looked at 56 apartments — all in person,” he said. “I’d go to see a place in Lower Manhattan and there would be like five other empty apartments in the building. It was kind of overwhelming.”

“During the pandemic, because people haven’t been able to travel, people who have got money saved were able to use it to help their kids enter the market or for them to upscale,” he said. “The other crucial reason is that, in most countries in the world, social housing has been put on the back burner and countries have abandoned building social housing.”

Hong Kong’s luxury home market has seen record-breaking transactions as buyers’ confidence comes back. A house on the Peak, a luxury residential area on Hong Kong Island which overlooks the city, rented for a record HK$1.6 million (CDN$250,000) a month in May. Mount Nicholson, also located on the Peak, is one of the most iconic upscale projects in Hong Kong. Previously, one of the project’s apartments was the most expensive in Asia before the title was taken by CK Asset Holdings Ltd.’s 21 Borrett Road in February.

All this means going carbon neutral by 2030 looks hard. But the city is at least beginning to make compromises. In March it launched the first “clean-air zone” outside London, charging drivers to enter central Bath (although privately owned cars are exempt). A trial has made 160 electric scooters available to hire. And local opinion seems to be shifting in favour of sustainability. “The discussion has moved dramatically towards considering the climate emergency,” says Ms Hobhouse, the local MP. Even the Bath Preservation Trust has made its peace with solar panels, so long as they are discreet.

END_OF_DOCUMENT_TOKEN_TO_BE_REPLACED
This Week In Real Estate