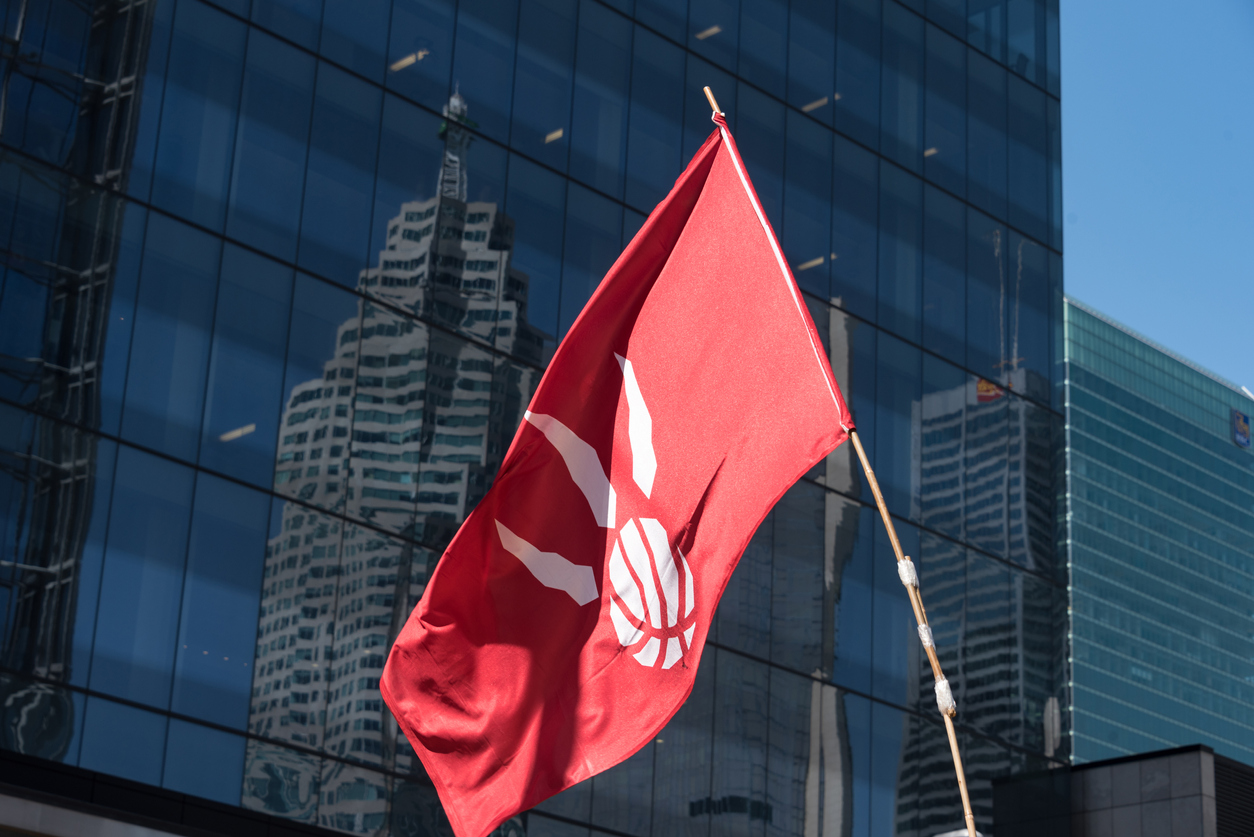 In Toronto: Battle over Ontario Place, renters condemn 'renoviction' and shipping containers become a community hub. (Oh, and in case you missed it, the Raptors are in the NBA finals 😜)

“We have a real opportunity here to unlock the great potential of this site, as a world class destination that can draw ... Ontario residents, the residents of Toronto and of course, tourists from around the world,” the tourism minister said.

Tenants in a Leslieville apartment building say they're facing renoviction — a growing practice where landlords evict tenants so they can renovate units and charge higher rents — after a new landlord took over their building in October.

“Seeing a lack of not just public space, but public space with the amenities there, providing a point of connection, a point for people to gather and engage was important to us,” he says. That observation led Rubinoff to develop Stackt, a retail, culinary and cultural destination constructed out of 120 new and reclaimed shipping containers.

“The stress test is doing what it is supposed to do,” wrote president and CEO Evan Siddall in a letter dated Thursday to the Standing Committee on Finance, calling out accusations of unintended consequences.

BNN Bloomberg's Amanda Lang discusses the criticism against the new mortgage stress test rules and why it may be better for policymakers to not take heed of them.

The report by Central 1 deputy chief economist Bryan Yu says Vancouver is the epicentre of a real estate downturn where home sales dropped 40 per cent since the end of last year as stricter policies deter potential buyers while sellers wait on the sidelines for a rebound.

“Where I get more concerned about housing actually is, as we move into 2020, is that the rate reset of five-year fixed rate mortgage holders moves higher again, 75 to 80 basis points,” Doyle told BNN Bloomberg’s Amanda Lang Monday. “So that for me is a risk for 2020, that potentially, there’s another bout of weakness coming for housing across the country.”

Many Adults Would Struggle to Find $400, the Fed Finds (NY Times)

Four in 10 American adults wouldn’t be able to cover an unexpected $400 expense with cash, savings or a credit-card charge that could be quickly paid off, a new Federal Reserve survey finds.

Why Some Americans Won’t Move, Even for a Higher Salary (City Lab)

A significant reason for the decline in mobility is that many of us are highly attached to our towns. Nearly half of those in the survey (47 percent) identify as rooted. The rooted are disproportionately white, older, married, homeowners, and rural.

There are two only partially overlapping housing affordability crises in America, one that affects low-income households in all parts of the country and another that affects a larger share of households in a minority of markets (mostly in coastal metro areas) that suffer from an acute shortage of housing.

Your House Is My House, Pakistan’s Rich Say to Its Poor (NY Times)

Pakistan is in the middle of an unusual property boom. Developers grab large tracts of land, stealing them outright or occupying them, advertise mega development projects and then buy off regulators with the money they raise selling some of the land they dubiously claim. Poor people who have lived in their homes for generations are served eviction notices and visited by bulldozers in the dead of night.

That housing in Europe’s major cities is becoming increasingly unaffordable as house price inflation outpaces income growth and prices residents out of the continent’s most popular cities.

END_OF_DOCUMENT_TOKEN_TO_BE_REPLACED
This Week In Real Estate