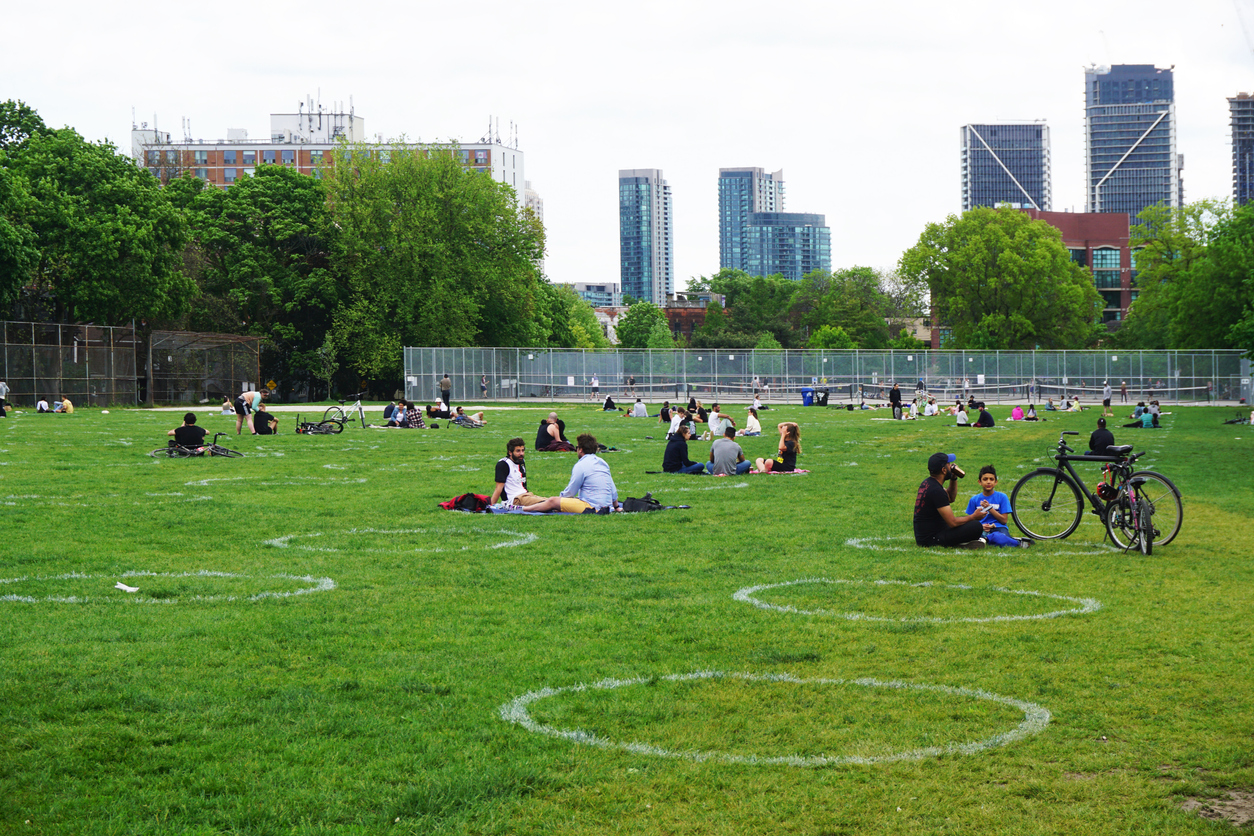 Elsewhere: Canada's inflation rate breaks 9-year mark, a plea to congress on behalf of U.S homeowners, and London experiments with a new way to get to work.

The price of your home in Toronto or GTA keeps going up and up, defying COVID crisis (Toronto Star)

“Our inventory challenges are severe and we need a plan from all levels of government to tackle it. Until we find a way to create more housing we’re going to continue to have upward pressure on pricing,” he said.

After Toronto’s housing prices dipped ever-so slightly in March, the trend continues back on the upswing. The latest report from RE/MAX says nearly all 65 neighbourhoods on their watchlist saw a pricing increase.

"If you are a renter looking to move to the downtown area, now is the best time to take the leap if you can," Zoocasa agent Andrew Kim said in a statement on Thursday, citing "prices below market value and landlords willing to make compromises."

“As working from home becomes more prevalent, we may see an increase in the demand for larger living spaces that single-family homes can offer, causing a shift in demand from condominium apartments towards single houses,” the survey said.

Justo, founded in 2017, is a real estate brokerage focused on the greater Toronto market with a couple twists on the traditional ways of doing business in Ontario: Its 10-person sales staff aren’t paid through commission, and the commissions the brokerage charges are discounted. The company won’t disclose the other investors in the group or the exact amount they have raised other than to say the total investment is in the single-digit millions.

Canada
Canadian home prices edged up 0.7 per cent in June, but market slowing (The Globe)
The Teranet-National Bank Composite House Price Index, which tracks data collected from public land registries to measure changes for repeat sales of single-family homes, showed prices were up 0.7 per cent in June from May.
Canada annual inflation rate jumps by most in nine years as economy reopens (Reuters)
June marked the end of two months of deflation. The Bank of Canada - which says interest rates will remain near record lows for another two years - predicts inflation will remain weak in the near term.
West Vancouver councillor outs ‘shocking’ racism in B.C. real estate — but it’s not the only example (Global)
When Wong bought a house, he realized why he felt so unwelcome. There it was, in writing: a covenant on the land title barring people of African and Asian descent from living in this enclave. “No person of the African or Asiatic race or African or Asiatic descent except servants of the occupier of the premises in residence shall reside or be allowed to remain on the premises,” it read.
USA
Feds dismantle anti-discrimination housing rule (CNN)
The Trump administration is dismantling rules that required local governments to demonstrate progress against housing discrimination in exchange for grants. President Donald Trump has cited the Obama-era rule by name when campaigning for reelection in an environment of heightened racial tensions.
Millions of Americans Are About to Lose Their Homes. Congress Must Help Them. (New York Times)
The plight of desperate tenants and homeowners is attracting far less attention than it did during the housing crisis that peaked in 2008, perhaps because this time the problems did not begin in the housing market, or perhaps because this crisis arrived so abruptly. But the alarm bells ought to be ringing: The United States is on the verge of allowing a mass dislocation of lower-income households that could dwarf the last crisis.

27 U.S. mayors: Want to address systemic racism? Start with housing. (Washington Post)
Many of the critical resources in the Cares Act will soon run out or expire on July 31. If our representatives are serious about creating racial equity, the path forward is clear: We must dismantle the systems that keep disparities locked in place. Our nation’s housing system — and the programs and policies that perpetuate racial disparities in housing — is the best place to start.
International
London’s Covid-Safe Commute Idea: Open-Air Buses (City Lab)
The idea might help London with a current conundrum. Some people now working from home are thinking about the possibility of returning to their workplaces, but many are still anxious that if public transit services return to anything like pre-pandemic ridership levels, they risk becoming sites of widespread coronavirus infection.
A ‘Smart District’ Takes Shape in the Netherlands (NY Times)
In the city of Helmond, the Brainport Smart District, which will include a business district and plenty of green space, is not just a new neighborhood but “a new type of living environment,” said the architect Ben van Berkel, the founder and principal architect of UNStudio. The Dutch firm, which has offices around the world, designed the district’s master plan.
Top Photo Credit: iStock/Getty Images
Realosophy Realty Inc. Brokerage is an innovative residential real estate brokerage in Toronto. A leader in real estate analytics, Realosophy educates consumers at Realosophy.com and MoveSmartly.com and and helps clients make better decisions when buying or selling a home.

In Toronto: It's bubbling, that much is clear. What's next for Toronto's red-hot housing market?...
Read More
Safe Investments

END_OF_DOCUMENT_TOKEN_TO_BE_REPLACED
This Week In Real Estate

In Toronto: Bubble signs abound in the city as the CMHC acknowledges a soaring housing market and...
Read More
This Week In Real Estate

In Toronto: An in-depth look at the Toronto suburban housing bubble and where we go from here.
Read More