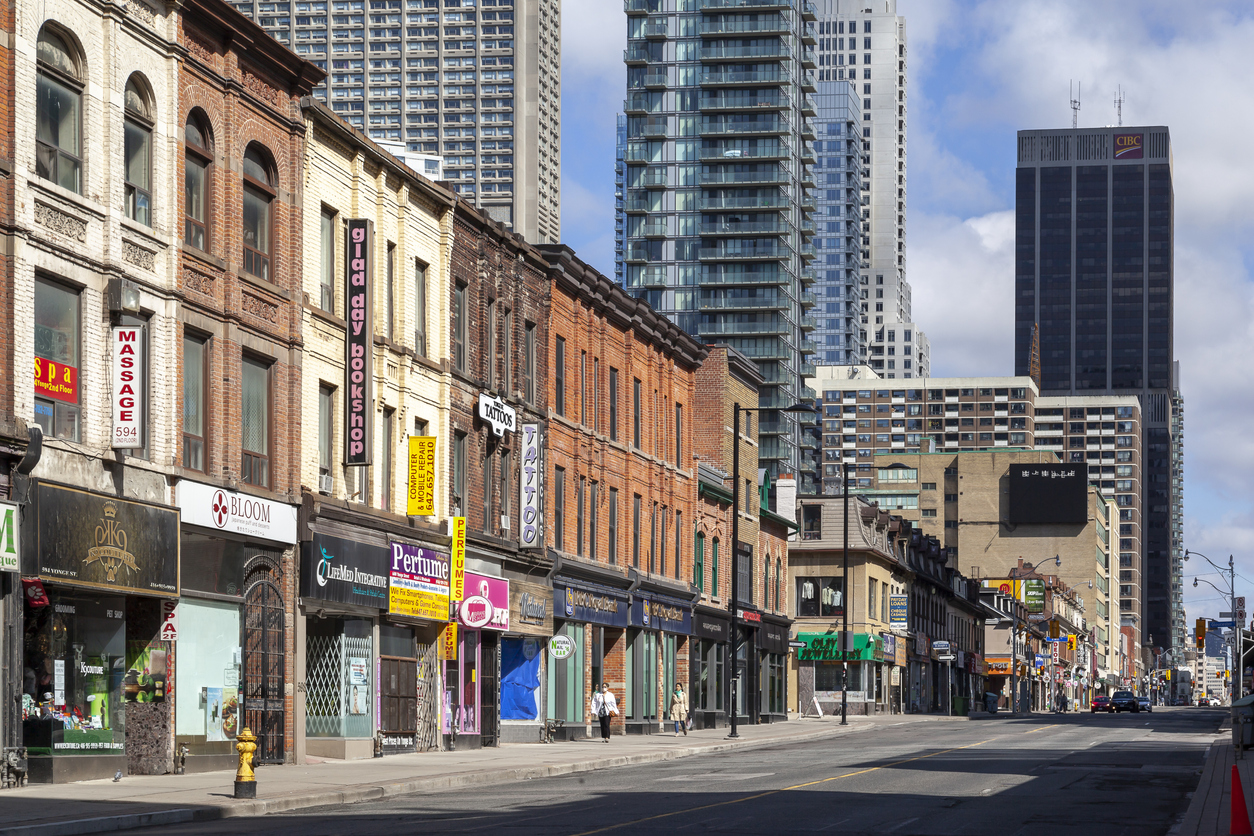 In Toronto:  Housing sales are up but risk re-opening setbacks and mortgages controversially tightened.

Activity in Canada’s largest housing market warmed up in May after going into a deep freeze at the onset of the COVID-19 pandemic, and the local real estate board says the momentum should continue so long as there aren’t setbacks in re-opening the economy.

Toronto home sales in May up from April, but economists temper their optimism (CBC)

"The hole is very, very deep to dig ourselves out of," said Robert Hogue, senior economist at Royal Bank.
Activity in the region improved in May compared with April, according to figures the Toronto Regional Real Estate Board released Wednesday. But it remained less than half of what TREB saw a year ago.

Toronto-area home sales plunge 54% in May, but prices continue to rise — what’s going on? (Toronto Star)

The Star asked four urban planning students to offer their solutions to Toronto’s housing crisis. One common theme connected their visions — housing must be seen as a human right accessible to all, and not as a commodity for developers to maximize profit."

In late May, members of Toronto Community Housing’s design review panel (DRP) convened by video-conference for their first review of the plans, which represent a small but closely watched element of the broader revitalization of Alexandra Park, a partnership between TCHC and Tridel that’s been underway for more than a decade.

The country's national housing agency is increasing the qualifying credit score for mortgage insurance to 680 from 600 and limiting gross and total debt servicing ratios to their standards of 35 per cent and 42 per cent, respectively.

The changes suggest that CMHC’s entire portfolio was based on the assumption that house prices will always rise, said Realosophy president John Pasalis.

“On the surface, it is remarkably poorly timed,” said Jean-Francois Perrault, chief economist at Bank of Nova Scotia, adding the measures are incremental. “Restricting access to credit in a period of economic need is certainly an unconventional policy approach.”

“There looks to be a fledgling recovery from the extreme conditions in April, but it’s early days and we have a long road to climb,” said Douglas Porter, chief economist with Bank of Montreal. “It’s very challenging to project what’s ahead for the housing market with such an uncertain backdrop for the broader economy and how policy makers will respond to it in coming months.”

“Decades of long standing policies and systematic barriers have prevented African-Americans in particular, and other families of color, from being able to access quality health care, livable wage jobs, affordable housing, and equitable educational systems,” Prosperity Now vice president Lillian Singh told Yahoo Finance. “And a lot of those disparities are rooted in some of those systematic barriers.”'

That built-in oppression takes many forms. It’s in the planning decisions that target non-white communities for highway projects and “urban renewal” schemes conceived to steer economic benefits away from existing residents. It’s in a design philosophy that turned neighborhoods into mazes of “defensible space” that often criminalize blackness under the guise of safety. And it’s in the proliferation of public spaces that often fail to let certain cultural communities congregate without fear of harassment.

Although the government has proposed a protocol requiring landlords to try to agree an affordable arrears repayment plan with tenants rather than moving to repossession proceedings, details of how it would work have not yet been published, and campaigners believe it will lack the teeth to prevent large-scale evictions.

Commonly known as the RWAs, these associations are a unique feature of Indian urban living. They are responsible for managing the day-to-day affairs of specific residential areas and generally set guidelines - relating to issues like security - for people to follow. Its members are elected by those living in a housing society or a neighbourhood.

END_OF_DOCUMENT_TOKEN_TO_BE_REPLACED
This Week In Real Estate