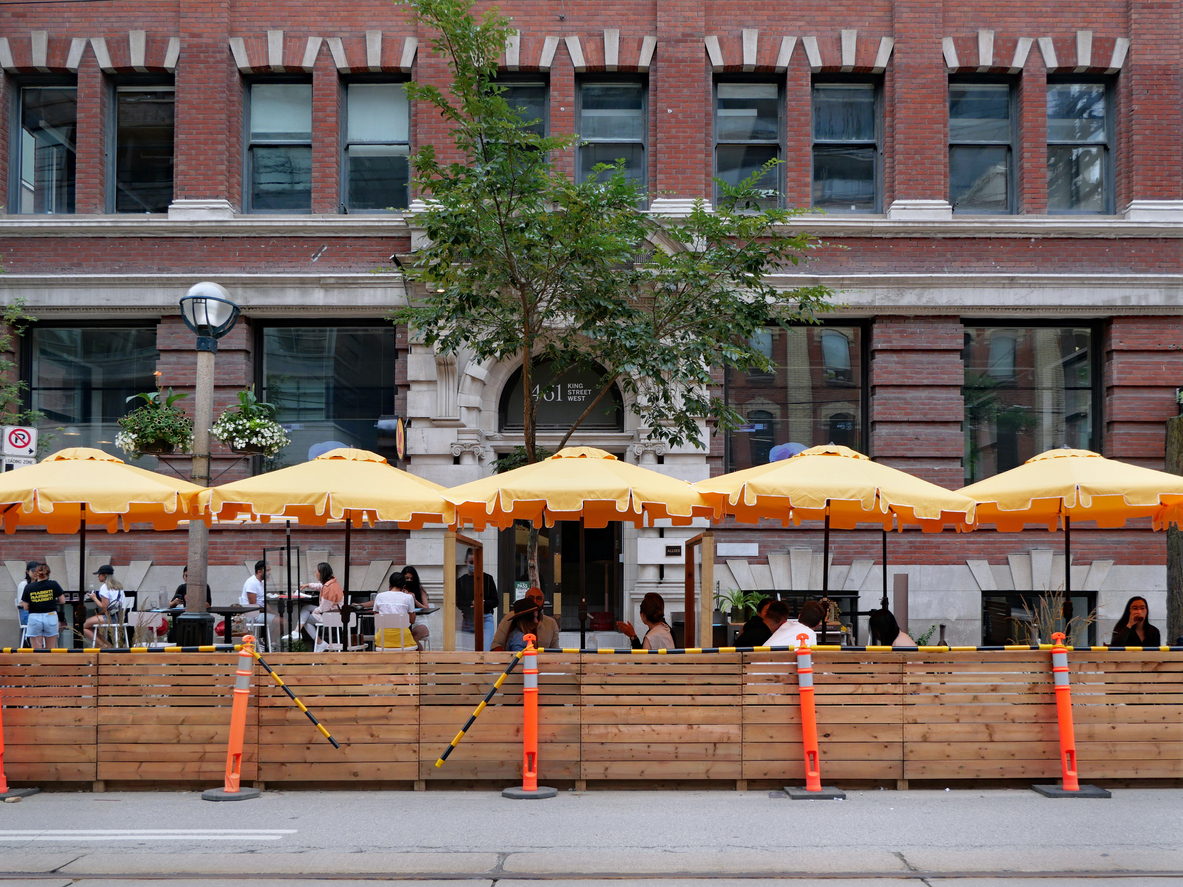 In Toronto: A summer sales slowdown continues into its third month, why is TO so expensive relative to Chicago and Toronto punts rooming house decision.

Elsewhere: Housing slump worries in Canada, those left behind in the United States housing boom, and landlords pivot in Europe.

In Toronto, often Canada’s hottest housing market, June sales were well below March’s peak, but still strong relative to previous years as a drop in new listings kept conditions tight, according to agent and market analyst John Pasalis. “It’s like if you’re in a car that’s going 200 km/h and then it drops down to 120. You’ve slowed down, but you’re still fast,” he said.

So why aren’t more homeowners hanging a “for sale” sign on their lawns in what remains clearly a seller market? Keeping tabs on sellers’ sentiment is always trickier than interpreting what’s driving buyers, says John Pasalis, president of Realosophy Realty in Toronto.

Almost half of prospective buyers under 45 considering moving out of Ontario to buy home: poll (Global)

Non-homeowners generally said they view all types of housing as not affordable. Townhouses and condos were viewed as only slightly more affordable than  detached or semi-detached properties by non-homeowners. Seven in ten of those polled feel that housing affordability should be a high priority for the Ontario government.

You might say that’s the cost of being in a big city. Many large global economic centres are pricey. Think of London or New York. But big doesn’t always mean expensive. Take Chicago. Both Great Lakes cities, Chicago and Toronto each have populations approaching 3 million. They are also financial centres and home to many major corporations. But in the Windy City, the average price of a home in the city is about US$350,000. In Toronto, the average price of a home is about US$890,000 ($1.1 million Canadian).

Driedger said the city has to consider the signal it sends to other developers in the area if it permits more height. “The city’s official plan policies have preamble that speaks to tall buildings having a greater civic responsibility, and there is that consideration of the public realm around a tall building. How is it treating the public realm, how is it integrating into the fabric of the streetscape around the site?” said Driedger.

“At this moment in time, this morning, this measure as proposed here does not have the votes to pass,” Tory said. He voiced support for the pitch, which would remove bans on rooming houses in Scarborough, East York and North York and introduce a licensing program citywide. “The status quo clearly cannot be described as acceptable public policy,” Tory said. But fearing a losing vote, he introduced a motion — which passed — to defer the item to the fall.

Rooming houses, garden suites, and the missing middle. None of these policies on their own or in concert will end the housing crisis after they’ve made it through the grinder of Toronto municipal policy-making, but they’ll help move the needle in the right direction. What all three have in common is that they’ll all necessarily mean chipping away at the sanctity of the rules intended to keep residential neighbourhoods from changing.

"While there is still a lot of activity in many housing markets across Canada, things have noticeably calmed down in the last few months," CREA chair Cliff Stevenson said. "There remains a shortage of supply in many parts of the country, but at least there isn't the same level of competition among buyers we were seeing a few months ago."

Canada’s luxury real estate market is on fire. Can the foreign homebuyers’ tax cool it? (Global)

But with immigration grinding to a halt during the pandemic, the vast majority of those snapping up the country’s multi-million-dollar homes over the past year have been Canadians, according to Kottick. At first, it was affluent buyers upgrading to larger properties, leaving downtown urban centres or moving across provinces. Then mostly domestic investors joined the fray, he says.

On the gloomier side, things that could pull inflation below the bank's current expectations include a new outbreak of COVID-19 infections, especially among the unvaccinated; weaker than expected exports, potentially worsened by a rising loonie; and a slump in global growth that the bank currently has pegged at seven per cent for this year. But for many Canadians, one of the most worrying risks could be something the central bank also addressed in a May report on the country's economic vulnerabilities: The price of houses.

The head of a development company building a 25-storey residential tower says there were “multiple” fatalities after a crane collapsed in Kelowna, B.C., on Monday. Jonathan Friesen of the Mission Group said he didn’t know what caused the crane to fall and that workers who died were subtrades on the building.

But this is not an equal-opportunity boom. The housing rebound has been fueled by buyers whose wealth allowed them to win bidding wars, often with a high down payment and a bid over asking price. Those living on local incomes, which are often modest compared with those of relocating newcomers, are losing the ability to buy a home as competition grows and prices rise. In the long run, this means some Americans will be able to build wealth in their homes, leaving the rest behind.

To Root Out Segregation, Biden Must Tackle Evictions (City Lab)

Racial inequalities pervade the eviction crisis. Nationwide, our research shows that Black Americans are significantly more likely to be evicted than their white peers. Nearly a quarter of Black tenants live in a county where the eviction rate for Black tenants is double the rate for white tenants. In Virginia, 60% of majority-Black neighborhoods have eviction rates greater than 10% — quadruple the national average.

In California, where the minimum wage is $14 an hour, the cost of housing is so high that it still has the highest housing wage: A person in California needs to earn $39.03 an hour to afford a two-bedroom apartment and $31.06 for a one-bedroom. A minimum-wage worker would have to put in 89 hours every week just to afford the one-bedroom and 112 hours to afford the two-bedroom.

Top of their shopping list are: warehouses, supported by the ecommerce boom; rental flats and student housing, made attractive by home shortages and growing student populations across Europe; and life sciences campuses, buoyed by huge investment in research and development. “These are megatrends which have . . . been accelerated by the pandemic,” said James Seppala, head of real estate in Europe at Blackstone.

END_OF_DOCUMENT_TOKEN_TO_BE_REPLACED
This Week In Real Estate