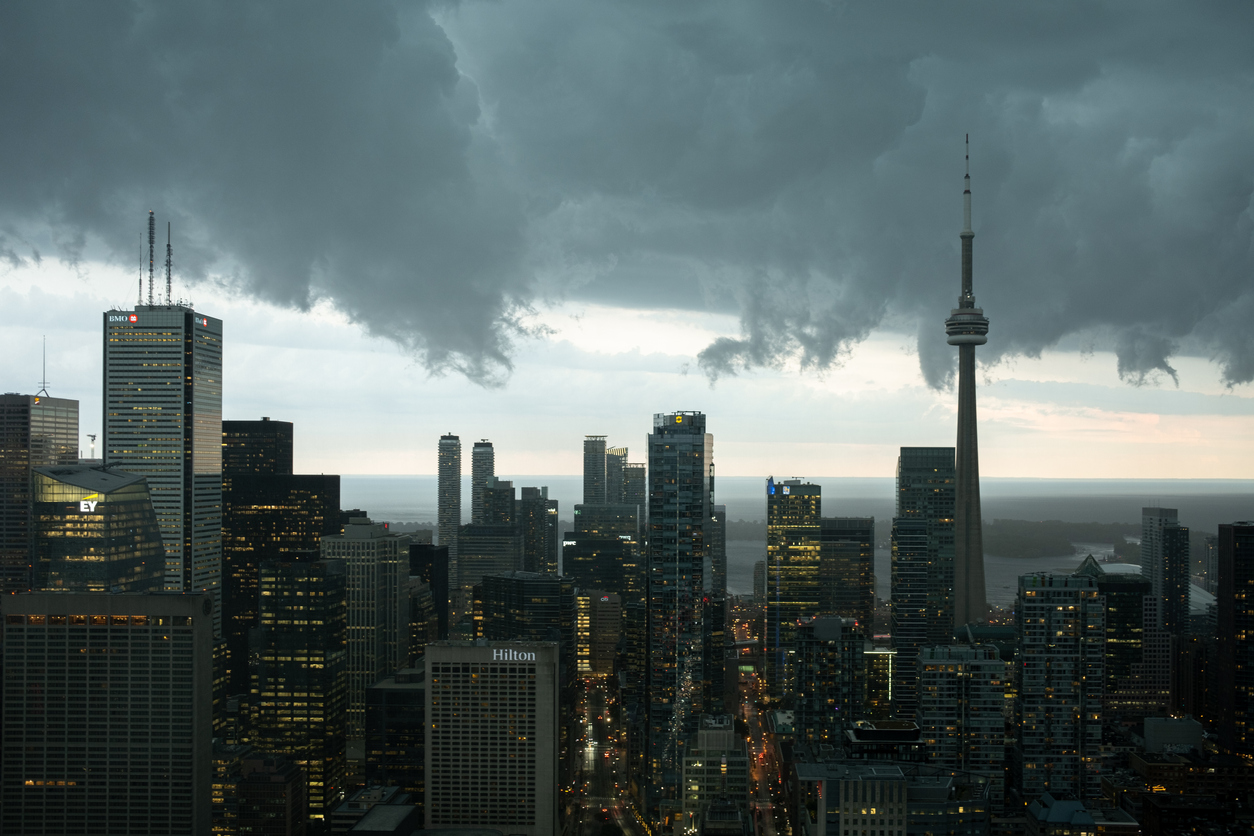 In Toronto: Houses are being built in Canada, just not here. Find out why, along with how September distractions - read: federal election - have distracted the market.

Toronto, the country’s most populous city, did not contribute to the supply construction surge, seeing its housing starts rise by only 1.4 per cent (or 500 units) compared to the 2015 to 2019 average. The report points the finger at Ontario’s Fair Housing Plan in 2017 which preceded a steep drop in pre-construction condo sales between 2018 and 2019. The boost in issued building permits may have the market turning the corner on this slump, but without a meaningful growth in unit development, there will be fewer housing options for renters and buyers.

“Never has the election been so focused on the housing industry,” Mr. Molloy says. Even with the election out of the way, there are some other factors keeping sellers on the sidelines. Some of Mr. Molloy’s clients are holding onto their homes because they’re waiting for the condo units they purchased in preconstruction to be completed.

Stay in Your Lane (Toronto Life)

Toronto’s laneway-housing future has been obvious for years now. The city’s architects, the canaries in the urban coal mine, provided proof of concept for laneway housing by the late ’80s. City hall held back the future’s arrival with red tape, as it does, for about 30 years. In 2018, it finally passed a bylaw permitting the construction of laneway housing, and just like that, everyone’s a developer. Since the bylaw came into effect, 50 laneway suites (not “homes,” insists the bylaw, as they are considered an extension of the lot’s primary home) have been built and 131 more are under construction, while another 58 applications wend their way through the approvals process. On top of that are the dozens, if not hundreds, of future applicants currently consulting with architects and builders.

John Pasalis, president of Realosophy Realty, said he thinks the Liberal policies proposed during the election campaign about housing will likely stimulate more demand than is already present. And it could lead to higher prices in the future, at a time when inventories and listings are the tightest they’ve ever been in major cities across the country, he said. “I don’t think anything’s making sense in terms of bringing affordability,” Pasalis said in an interview Tuesday. “Our population is growing a lot faster than our ability to build homes and that’s really what's causing this sort of rapid acceleration we’re seeing in prices.”

Prime Minister Justin Trudeau says he’ll increase supply and help more first-time buyers get a foot in the door. The plan includes making it easier to qualify for a mortgage, help for renters, and a Tax-free First Home Savings Account. We’ve been getting monthly updates from the ground floor from Realosophy Realty’s John Pasalis and Oakwyn Realty’s Steve Saretsky, who help make sense of it all, with advice for anyone buying or selling a home.

New taxes, daycare and help for home buyers: How Liberal election promises will affect your finances (The Globe - Paywall)

The issue of expensive daycare is worsened by the cost of carrying a mortgage in today’s housing market. The Liberals promised several measures to assist young buyers, each of which has the potential to chip away modestly at the cost of buying a house or condo. Among them is a new First Home Savings Account that will allow people under 40 years old to put up to $40,000 away for a home down payment. As with a registered retirement savings plan, you’d get a tax deduction for contributing to the account. As with a tax-free savings account, you could withdraw principal and growth in the account tax-free.

He points to new policies that promise to discourage renovictions and demovictions, plus details of what he calls a "boutique" rent-to-own program, as well as the two-year moratorium on foreign ownership (first proposed by the Conservatives), and how the Liberals intend to discourage home-buying solely as an investment. However, he also flags what he sees as a fundamental problem: none of the parties said out loud that if they're going to restore housing affordability for all, they need home prices to pause so that earnings can catch up and keep pace.

The new laws will bring incremental change rather than revolution. An analysis from the Terner Centre found that SB9 could make new development possible on 5.4% of existing single-family lots. That may sound very little, but it would still create about 700,000 new units, 40% more than would otherwise have been developed. The units will also probably be built slowly, since the law depends on Californians voluntarily renovating their homes.

"When most people talk about structural racism and racism in general, they generally think of Klansmen in robes carrying torches … but where we still see pervasive discrimination that takes money out of people's pockets are in these everyday behaviors or practices that strip wealth," Perry told ABC News. The report by mortgage giant Freddie Mac shows that 15.4% of appraisals in Latino neighborhoods and 12.5% in Black neighborhoods are valued less than the property's contract price. That number drops to 7.4% in majority-white neighborhoods.

He was not clear about whether there was any overlap between his plan and those that the current mayor, Bill de Blasio, and the former governor of New York, Andrew M. Cuomo, have already begun to build 25,000 supportive housing units in the city by about 2030. A spokesman for Mr. Adams’s campaign said that Mr. Adams was also considering converting rooms in former hotels that have already become homeless shelters into permanent supportive-housing apartments, something that Mr. de Blasio has also discussed.

It’s a phenomenon given wings by the pandemic. And it’s not just buyers — rents are also soaring in many cities. The upshot is the perennial issue of housing costs has become one of acute housing inequality, and an entire generation is at risk of being left behind. “We’re witnessing sections of society being shut out of parts of our city because they can no longer afford apartments,” Berlin Mayor Michael Mueller says. “That’s the case in London, in Paris, in Rome, and now unfortunately increasingly in Berlin.”

The troubles of China Evergrande, one of the country’s largest developers, have focused the world’s attention on China’s housing market. A recent slowing of the real-estate sales in China appears to put Evergrande on the brink of insolvency. Without as much cash flow as in prior years, the company may be unable to meet a large payment due tomorrow. So far, the Chinese government has offered no signs that it would step in to save the company.

That campaign is a grassroots fight to transfer rental properties owned by landlords with more than 3,000 units to public entities. Activists have succeeded in getting a referendum — advisory rather than binding — on the ballot for Sept. 26, the same day as Germany’s national and local elections. If passed — by no means a foregone conclusion — that proposal could mean 226,000 apartments going into public ownership. As cities around the world grapple with similar affordable-housing crises, Berlin’s electorate would be the first to vote on possible measures to wrest back properties from private landlords.

END_OF_DOCUMENT_TOKEN_TO_BE_REPLACED
This Week In Real Estate