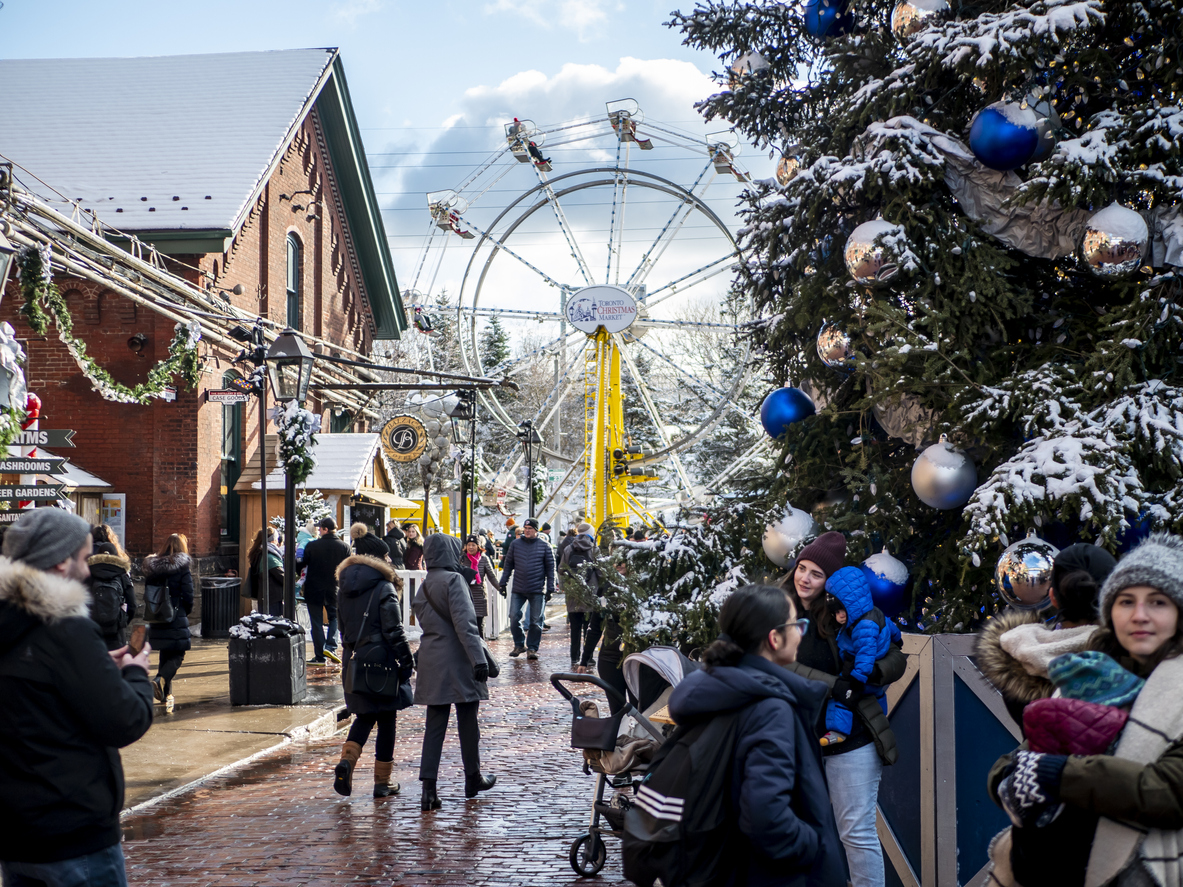 In Toronto: John Tory vows to redouble efforts on transit and affordable housing in 2020.

Elsewhere: What 2020 has in store for the Vancouver housing market, the hidden perk that New York's mega-rich now demand, and China clamps down on risks in the rental housing market.

“In terms of what I will be focusing on it is really more of the same. I think if people heard me say that I had a brand new set of priorities for 2020 they would be worried about that. I mean if we had the affordable housing program completely solved then I would say I could move on but we don’t,” he said. “We have these federal and the provincial agreements, we have a housing plan that we passed at city council and my job is to make sure it actually happens and that the houses get built and that people can see them and live in them.”

“I think when people really get the most resentful about their taxes being raised is when they see it just going into a black hole and nothing sort of comes out of the black hole,” he said. “In this case it is specifically to finance a transit plan that has been very clearly spelled out and a housing plan. I think when people see the houses getting built; when they see the transit getting built they will say thank goodness we took that step.”

I never intended to become a nomad. When I moved to Toronto in 2012, at 25, to do my master’s degree in immigration and settlement studies at Ryerson, the plan was simple. I had been dating a guy for about a year and a half. We were going to move into a $1,200-per-month Forest Hill apartment together with our pets—two birds, Moe and Murtle; a turtle, Shelley; and two cats, Potato and Spud—and stay there indefinitely.

The thing is, when people talk about the homeless it's often in terms of numbers and statistics like the ones above — but the issue really hits home when you meet the people. The National's Leonardo Palleja and Nick Purdon spent time with a number of homeless people in Toronto. Here are some of their stories.

Wild fluctuations were once common, as luxury properties were traded like hotcakes. But in 2019, the average value for any type of property never went up or down by more than 17 per cent compared to the previous year.  That might not seem significant — but it's the first time that's happened since 2014.

But the market’s turnaround since March has been fuelled by strong demand, despite the absence of regulatory relief, in most of the country, excepting Alberta, British Columbia and Saskatchewan. Perhaps unsurprisingly, the turnaround coincided with the federal budget in March 2019, which provided some clarity on how and when the government would address the housing market decline.

After increasing just over 1% annually this year, growth in single-family housing starts will accelerate to 10% during 2020 and top 1 million new homes in 2021, the group predicts. That would mark a post-recession high but is still far below the annual peak of about 1.7 million single-family starts in 2005 and the 1.2 million annual pace experienced in the late ’90s.

The parking system is a high-tech twist possible in a building with a porte cochère, the urban version of a carport — a covered-driveway-and-entry combination that was popular in the days of horses and carriages.

The Downtown Highway That Could Drive Hartford’s Comeback (City Lab)

Battered by population loss and the departure of manufacturing and corporate anchors, Hartford has been on the brink of bankruptcy for several years. In response, the city has taken a sophisticated multi-pronged approach in plotting its post-industrial future: It’s implemented a series of zoning and land-use reforms, encouraged adaptive reuse of historic buildings, and improved mobility with new transit and better facilities for bike riders and pedestrians.

China Clamps Down on Risks in Rental Housing Market (Reuters)

China will curb financial risks in the rental housing market by tightening lending to rental housing companies and capping the ratio of their rental income from loans taken by tenants at 30%, the housing ministry said on Wednesday.

The Paris region, home to 12 million people, offers a useful example of how to address both problems. Much like California, the area has suffered from decades of inadequate housing production. Affordability, especially for the poorest, is increasingly challenging.

“People are living in some of the worst, if not the worst, conditions I’ve seen in the world, and I’ve been to all the big slums in India, Kenya, South Africa,” Farha said during a visit to the country in September. While most government officials agree the affordable housing shortage is a crisis, they have little idea how to respond.

END_OF_DOCUMENT_TOKEN_TO_BE_REPLACED
This Week In Real Estate