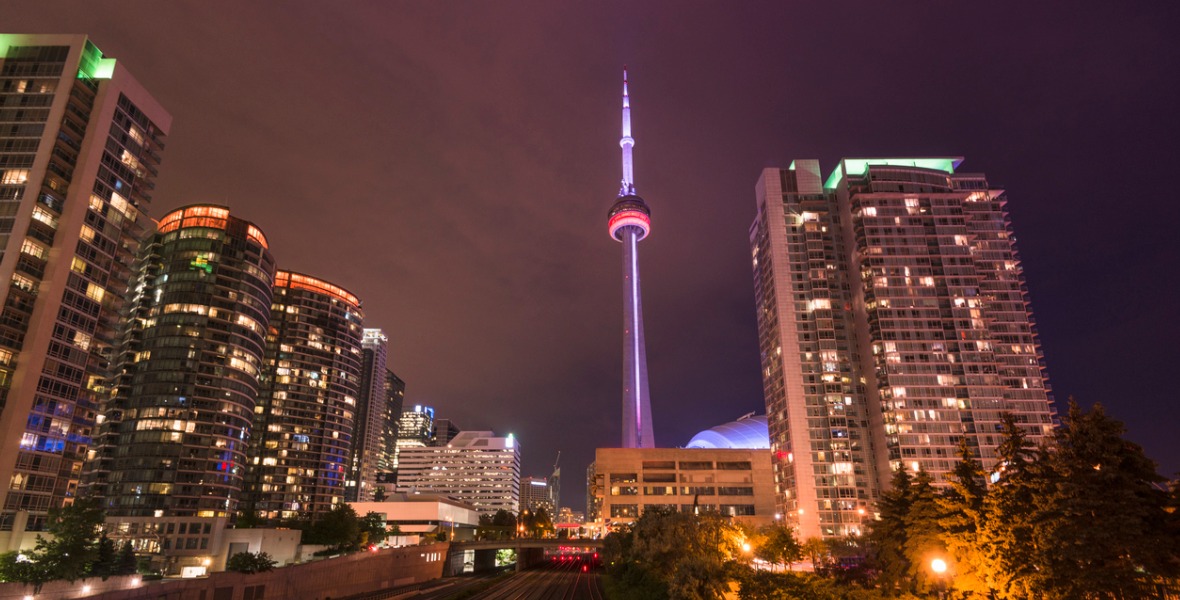 In Toronto: Virtual light show instead of fireworks, soaring prices should worry policy makers heading into the new year and a condo recovery could be coming.

A live-streamed celebration of light and sound hosted by the City of Toronto in collaboration with CN Tower and CHUM1045 will be live-streamed on the City’s YouTube channel and simulcast on Jamar’s House Party live on CHUM1045 on December 31 starting at 11:58 p.m. Please enjoy safely from home and do not go downtown to watch the light show.

John Pasalis, president of Realosophy joins BNN Bloomberg to discuss the 2020 trends in the real estate space and his outlook on the housing market heading into the new year.

Toronto’s condo market had a miserable time under COVID-19. Here’s what experts say is likely to happen next year (The Star)

Christmas is traditionally a real estate dead zone. But this year — of all years — Realosophy president John Pasalis said the agents at his Leslieville brokerage were busy right up to the holidays. Some of that activity suggests that Toronto’s condo recovery may already be underway.

‘Everybody in the middle is getting squeezed out and it’s painful’: Toronto’s lack of affordable housing hits those in higher income brackets, say experts (Toronto Star)

Less popular areas that were once considered affordable experienced some of the biggest booms, says John Pasalis, president of Realosophy Realty Inc. He's been tracking pandemic trends and says home prices in Durham Region went up 23.9 per cent between November 2019 and November 2020. A single-family home now costs about $150,000 more than it did last year.

This is the second large office development in the city announced this month, and comes as the office and condo markets soften. The office vacancy rate has nearly doubled to 4.7 per cent since last year with tenants big and small offloading space. As well, apartment rental rates and condo prices have dropped amid the glut of new condos.

Before the pandemic, sales had been increasing in Ontario’s Niagara region and areas well outside of the country’s most expensive markets of Toronto and Vancouver. After the COVID-19 health crisis started, that trend accelerated with a large chunk of the labour force working from home and travel severely restricted.

“We do have very low interest rates, and we have given extraordinary forward guidance,” Tiff Macklem, the current Bank of Canada governor, said in an exclusive year-end interview on Dec. 16. “That’s partly how monetary policy works. It stimulates, lowers the cost of credit, so you’re probably going to see more spending on things that people use credit for. Housing would be high on that list.”

Ms. Makortoff is one of many who are struggling to find affordable homes during a housing crisis throughout interior B.C. Realtors, residents and politicians say COVID-19 has only worsened the situation as more Canadians look to work remotely – and in turn increase competition and prices for limited stock in scenic communities such as Nelson.

The story of 2165 Gerrard East shows where on-the-ground reality undermines the emerging broader ambitions of a city. Almost two-thirds of Toronto’s residential land is reserved for detached homes, the so-called yellowbelt. That is typical of Canadian cities. The housing needed for a constantly growing population is restricted to a few areas, where increasingly tall towers are erected. This tall-and-sprawl straitjacket dominates development.

A plan to upgrade a cluster of nine unremarkable apartment buildings in Brooklyn typically would not merit a second look. But this isn’t a quick fix; the project, called Casa Pasiva, aims to be a new model for the sustainable transformation of the city’s housing stock.

Lost in the uproar over the Trump administration’s revocation of the rule in July was that even some Democratic localities had deep misgivings about the 2015 regulation, which was intended to bolster the 1968 Fair Housing Act, a landmark anti-discrimination law of the civil rights era.

Fewer than 10 cities and counties nationwide guarantee tenants the right to a lawyer in housing-related disputes, and for people struggling to make ends meet, an attorney is beyond their means, leaving many to skip their court hearings or walk in knowing they have little chance. Unlike criminal cases, an attorney won’t be assigned if someone can’t afford one. Legal aid organizations and pro bono lawyers represent many renters every year, but the need outpaces what they can handle.

Australia ‘will pay foreigners up to $50,000’ to buy a new home as Perth market set to boom (news.com.au)

Chinese buyers are being lured back to the Australian property market by generous government rebates of up to $50,000 on a new home, with calls to extend the incentive schemes past their expiry dates next year. Lily Chong, the Perth-based Australian head of Chinese property portal Juwai IQI, said overseas buyers had started looking past the COVID-19 pandemic and were planning for when travel restrictions eased.

According to the government’s complicated criteria for determining eligibility for aid, anyone who owned a car, had more than $4,600 in assets or had a new or recently rebuilt house was excluded. People hovering just above the government’s poverty line continue to struggle to make ends meet, but are often denied help with housing or other benefits.

END_OF_DOCUMENT_TOKEN_TO_BE_REPLACED
This Week In Real Estate