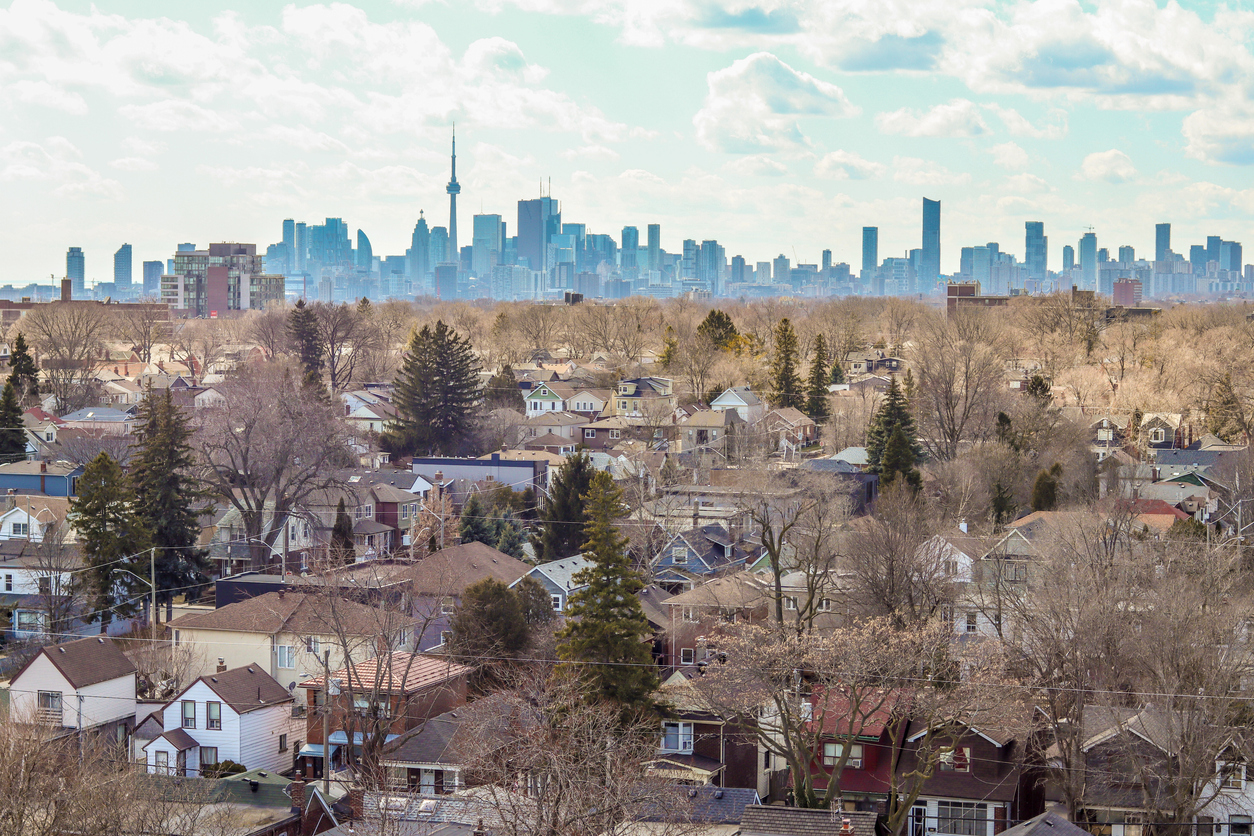 In Toronto: All eyes are on potential housing market measures in Canadian federal government's budget on Monday, in a year in which the Toronto family home dream appears to have died.
Elsewhere:  Canadian home prices reach 'unchartered' territory in March, what to do with the empty office buildings, and Buenos Aires' skyrocketing rent problem.

When you’re a first time buyer on a $700K budget today, your fight to get into the market is not with your peers, other first-time buyers trying to do the same, but with the Bank of Canada and our federal government who are deliberately trying to inflate home prices to improve our economy over the short term. That’s a fight that no first time buyer can win.

In Toronto real estate, new highs every week (The Globe and Mail - Paywall)

The federal government is set to announce a new budget on April 19. Rumours have circulated that the feds could reduce or eliminate the capital gains tax exemption on principal residences. Last week the Office of the Superintendent of Financial Institutions proposed a strengthening of the “stress test” for borrowers with uninsured mortgages. In effect, borrowers in this group would have to prove they could afford a mortgage interest rate of 5.25 per cent instead of the current stress test level of 4.79 per cent.

Officials are expected to announce the projects at 222 Spadina Ave. and 877 Yonge St. on Thursday, leveraging a federal rapid housing initiative that was announced last fall. Under that program, the projects must be completed and ready for occupancy within a single year.

“I cannot accept having people in parks is the best that our country and city can do,” said Ana Bailão, Toronto’s deputy mayor, adding that the city had 2,040 units of affordable housing under construction and thousands more approved — a sizable increase from previous years, but hardly a notch in the city’s 80,000-plus waiting list for social housing.

“All policy makers should be actively considering measures that they could take to calm demand, with the focus on steps that don’t have spillover effects into other areas,” said Bank of Montreal chief economist Douglas Porter.

Average price of Canadian home rising at fastest annual pace ever, now up to $716,828 (CBC)

The Canadian Real Estate Association said Thursday that more than 70,000 homes were sold last month, obliterating the previous record for the month by 22,000 transactions. The figure was 76 per cent higher than the same month a year ago, which saw sales slow because it was the first month of restrictions related to COVID-19.

When Vaughan admitted that Canada’s housing market is “driven by speculation” and that “it gets very tricky to curb speculation,” Pasalis said the housing secretary was ignoring what other countries have already done. “I really don’t know what to say when our federal government admits that it has made housing in Canada better for foreign investors than for Canadians. Who are they serving? Clearly not Canadians,” said Pasalis, who has also recently praised by Siddall.

People’s salaries sure didn’t go up by 22 per cent. Housing price increases have long outstripped income increases in Canada and that trend shows no sign of letting up. It’s no wonder so many people are using rock-bottom interest rates to borrow as much as they possibly can, desperately trying to get a foothold in the market before it moves further out of reach.

What Will Happen to All the Empty Office Buildings and Hotels? (NY Times - Paywall)

These shell-of-their-former-selves buildings, which Mr. Berman declined to name while negotiations continue, would become market-rate rentals. “They are perfect targets,” he said. From corporate high-rises in the financial district to boutique lodgings near Central Park to mid-market accommodations in Midtown, real estate players are redeveloping or canvassing dozens of sites, according to those involved.

Are Millennials Finally Ready to Binge on Housing? (Bloomberg)

It’s a really useful number to know, though, given that household formation drives demand for housing, and by extension demand for lots of other things. In general it follows demographics, but over the past decade-plus the progression of the giant millennial generation through its 20s and 30s — usually prime years for forming households and buying first homes — hasn’t been accompanied by the expected amounts of household formation or home buying.

How a Plan to Stabilize Rents Sent Prices Skyrocketing (CityLab)

But in one global metropolis, rents are surging like never before. Tenants in the city of Buenos Aires are seeing apartment prices soar 67% from a year ago to an average of about 35,000 pesos a month ($377). Rent is now rising twice as fast as paychecks, and well ahead of other prices in one of the largest cities in Latin America. “We never imagined rents going over 60%, nobody planned for this,” says Leandro Molina, commercial director at ZonaProp, one of the top online real estate platforms in Argentina. “It’s the biggest increase on record.”

“The ruling is bitter, hitting tenants in 1.5 million Berlin flats hard,” said Lukas Siebenkotten, president of Germany’s tenant association. “But it’s also a wake-up call for the federal government to finally act and stop the explosion of rents in so many German cities.”

END_OF_DOCUMENT_TOKEN_TO_BE_REPLACED
This Week In Real Estate