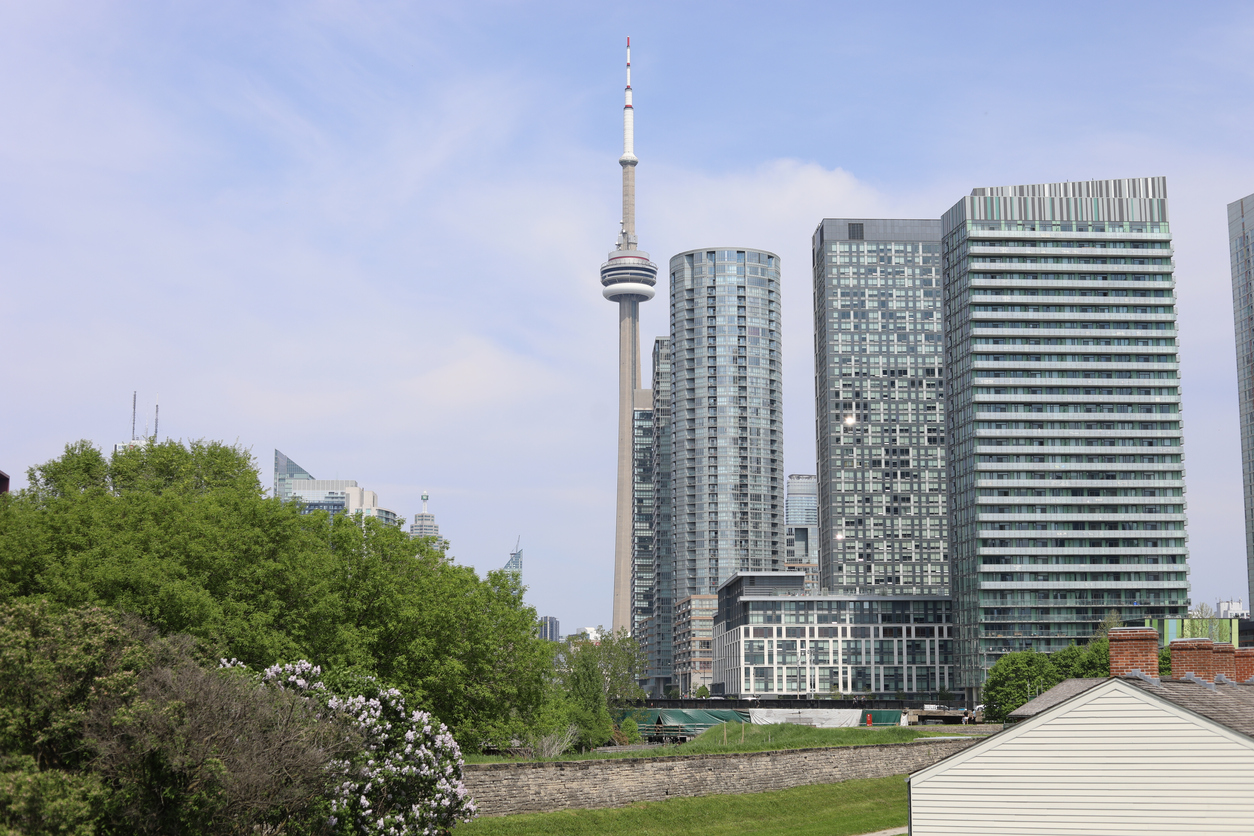 In in the City: Home sales hit a record low in April and Google's smart-city project cancelled.

Elsewhere: The CMHC says the Canadian housing market will take a long time to recover, the Coronavirus threatens push for denser housing, and why the pandemic shows housing should be treated as a human right.

Over the past few weeks, we have seen buyers gradually re-enter the market at a faster rate than sellers. If this trend continues, the market will become more competitive as we enter the summer months. But if sellers jump back into the market a lot faster than buyers then we’ll see inventory increase which will cool the Toronto area housing market even further.

Toronto's home sales plummeted 67 per cent in April. John Pasalis, president of Realosophy joins BNN Bloomberg to weigh in on the latest Toronto housing data and what a post-pandemic real estate market could look like.

"We're seeing renters pull out of the market," said John Pasalis, president of Realosophy Realty Inc. And he says while prospective renters are getting scarce, there has been a spike in the numbers of units for rent. "Especially condominiums, which are high-priced rentals ... over $2,000 a month for a one bedroom," Pasalis told CBC Toronto.

Sidewalk announced the cancellation Thursday morning. Its CEO, former New York City deputy mayor Dan Doctoroff, said in recent months that he was unsure if the project would make financial sense on a 12-acre site. Its parent Alphabet has been cutting costs and reportedly slowing its real estate investment, and was to have final say on proceeding.

"We did, back in January, look at a pandemic scenario that was not as severe as this," Siddall said in a teleconference to discuss CMHC's annual financial report for 2019. "And I'm sure that you'd understand that the realm of plausibility has expanded significantly as a result of all the experience we've had."

'Too big to fail': COVID-19 and Canadian real estate (CBC)

Could the "wealth-conjuring machine" that is Canadian real estate grind to a halt after the COVID-19 crisis exposed its worst weaknesses? That's the concern many who watch a sector that makes up a bigger part of the Canadian economy than oil and gas.

COVID-19 slowed down Vancouver real estate sales, but not its prices (Yahoo)

“Obviously that was somewhat balanced out with a huge plunge in new listings. But overall, months of inventory for sale nearly doubled,” Saretsky told Yahoo Finance Canada. “While price movements are hard to gauge in a low volume environment, I would say on average there was some minor price discounting.”

How to Survive the Coronavirus Housing Crisis (CityLab)

Renters who live in a property backed by the federal government cannot be evicted for the time being. This eviction moratorium applies to a vast web of mortgages financed, insured or securitized by federal agencies (such as Fannie Mae and Freddie Mac) as well as homes subsidized through federal aid programs (like Section 8).

Airbnb laying off 25 percent of its staff (Verge)

In recent weeks, Chesky has been cutting hundreds of millions of dollars in spending and preparing for a hopeful resurgence once people are ready to travel again. Until then, the company is letting go of flashier projects — like TV and transportation plans— to deal with the dramatic loss of revenue the pandemic has brought. To get through this moment, Chesky says the company needs to make “fundamental changes” that are “not temporary or short-lived.”

Transportation and denser housing have been the two focal points of urban residential development for the last decade, as cities try to combat a severe shortage of affordable housing. In areas where car commute times continue to climb, and freeways are at capacity, building denser communities along transit lines is seen as a panacea.

UK housing market slows to a halt during lockdown (Reuters)

Activity in Britain’s housing market has come to a dead stop during the coronavirus lockdown, mortgage lender Halifax said on Thursday. House prices fell in monthly terms by 0.6% in April, although Halifax cautioned that house prices had become more difficult to measure given the lack of transactions.

Now, they are adopting measures which were unthinkable in the pre-pandemic days: moratoriums on evictions, rent caps, relief for mortgage defaulters and assistance to homeless populations. The pressure on renters has already led to many tenant-protection measures.

END_OF_DOCUMENT_TOKEN_TO_BE_REPLACED
This Week In Real Estate