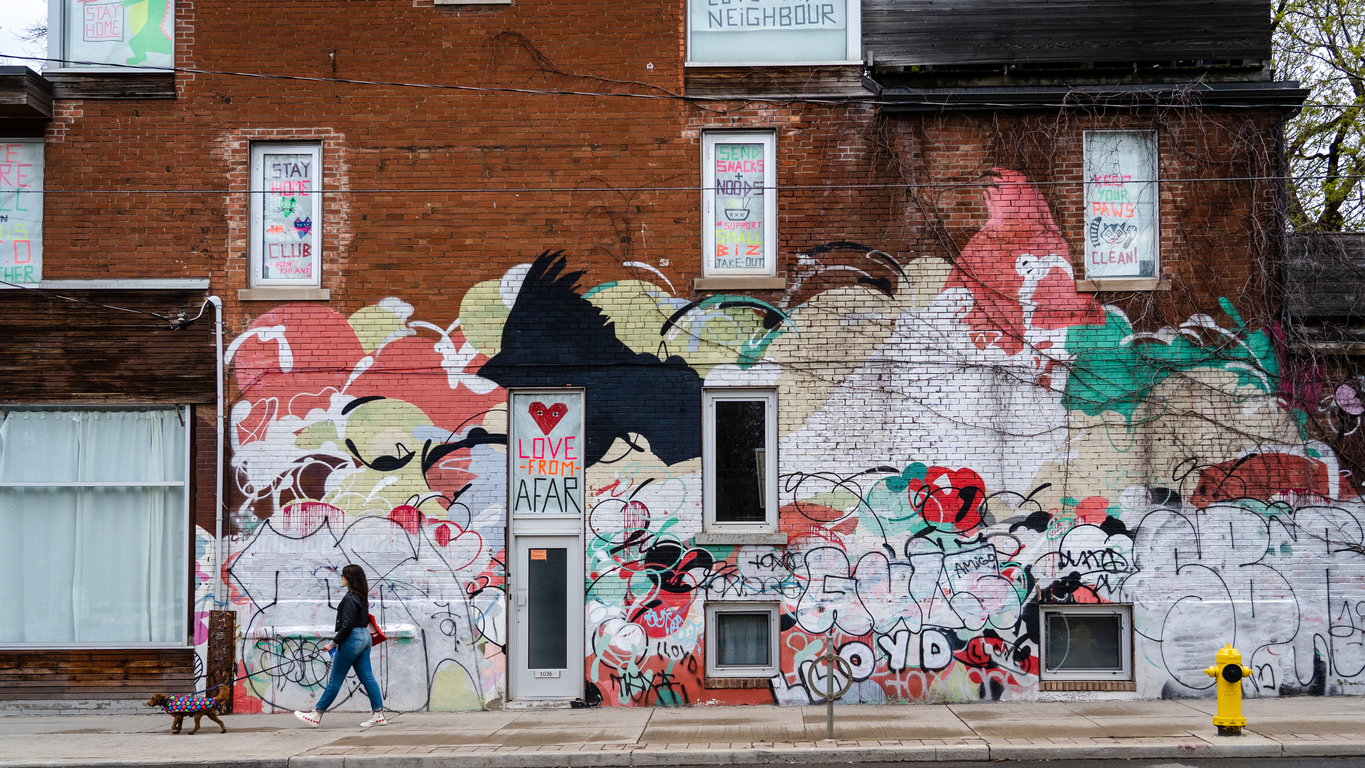 Home Prices Up, Tiny Condos Down + Poloz Not Really Worried

In Toronto: Home prices soar on pent-up demand due to the pandemic, while tiny condos and condo rents are down.

Why Are Condo Units for Rent Surging in Toronto? (Move Smartly)

So it appears that the main driver of new rental listings supply is not from a “new” source of supply such as units previously being rented out as Airbnbs or, as we will look at next, newly completed condo buildings being rented out by investors or owners, but existing supply being vacated. The increase in condo rental listings is mainly due to a sharp decline in demand for condo rentals due to the Covid-19 pandemic, particularly in downtown Toronto, where the majority of condo rentals are.

According to research firm Urbanation Inc., sales of condos sized at 500 sq. ft. and under were down 20 per cent year over year in September, while sales for units of other size ranges were either flat or still positive. These micro units are also the only condos on the market to have experienced a price decline thus far. And, thanks to a tumbling sales-to-new-listings ratio, they’re the only form of housing that is firmly in buyer’s-market territory.

Toronto rent prices keep sliding – except in one area (NOW)

The COVID-19 pandemic is a major contributor to the declining rental market in Toronto. With so many people working from home, renters are looking for more square footage and green space, opting to live away from downtown. With the lowest average rent in the country at $950, Newfoundland is sounding mighty appealing, especially for remote workers. Toronto rent prices were down across the old city except in one area: the M5T vicinity. The average rent in the postal code covering Kensington Market and Alexandra Park stayed flat annually at $2,464.

Piketty and the decline of “dirty mansions” (Spacing)

While it’s just one facet of the housing crisis, apartments in houses are actually quite an important part of the rental market in Toronto, especially in the relatively affordable range. When it comes to the “secondary” rental market – rental apartments that are not in private, purpose-built apartment buildings – there are more rental units in non-condo buildings, many of them houses, than in condos.

“And with interest rates at generational lows, you are bound to see a certain amount of heat in the housing market,” Poloz said. “We have months of pent-up demand coming through there, and of course we’re seeing the results of that combined with low interest rates now.”

Average Canadian house price continues to defy expectations, up 17% in past year (CBC)

Having to spend months locked down in their homes seems to have ignited a desire in buyers for more space, which is why detached properties in suburbs around major cities are driving the gains. "Home has been our workplace, our kids' schools, the gym, the park and more," CREA's chief economist Shaun Cathcart said. "Personal space is more important than ever."

The National Housing Co-Investment Fund, administered by the Canada Mortgage and Housing Corp., provides a mix of loans and forgivable debt to those building affordable housing and multi-use projects. Data obtained by federal NDP housing critic Jenny Kwan shows nearly 74 per cent of the financing for loans and grants has gone to Ontario projects from its inception in May 2018 to June 2020

At least four major new projects, located on Manhattan’s East Side and in Brooklyn Heights, are currently welcoming residents or will start to over the next several months. The projects, — which have different age requirements but generally cater to people in their 70s and 80s — come after more than a decade when very little like this has been built in the city.

Like It or Not, the Suburbs Are Changing (NY Times)

On the matter of walkability, one of our case studies is Mueller, a former airport in East Austin, Texas, that’s been significantly redeveloped on 700 acres. The community has been designed to accommodate 13,000 residents and 13,000 workers. It’s not 100 percent complete, but studies already show that, yes, residents are walking and biking more, encouraged by the small block sizes, the narrow streets that reduce car speeds and the green infrastructure.

But despite the ideological dimension to the question, architecture may be one issue in the run-up to the 2020 election that cuts across partisan lines: The survey found that 73% of self-identified Republicans, 70% of Democrats and 73% of independents support classical designs over their modernist counterparts.

Global housing market is holding up well despite the pandemic, Jefferies strategist says (CNBC, US)

Underlying demand in places such as the U.S., U.K. and China have been “very strong,” Darby pointed out. This has served as a “huge backstop” for policymakers as they grapple with the economic meltdown of the pandemic, he said. “Importantly, it has really allowed the domestic banking system to be relatively unimpaired by asset deflation.”

Move over Help to Buy — now it’s help yourself to your pension (Financial Times, UK)

Proponents of the idea say that if young people knew they could access their pension funds more flexibly in the future, they would have more confidence to save into them — rather than hiving off cash into a separate savings account for a property deposit. This idea surfaced a few days after Boris Johnson’s party conference promise of granting first-time buyers partly state-backed 95 per cent mortgages repaid over 40 years.

END_OF_DOCUMENT_TOKEN_TO_BE_REPLACED
This Week In Real Estate