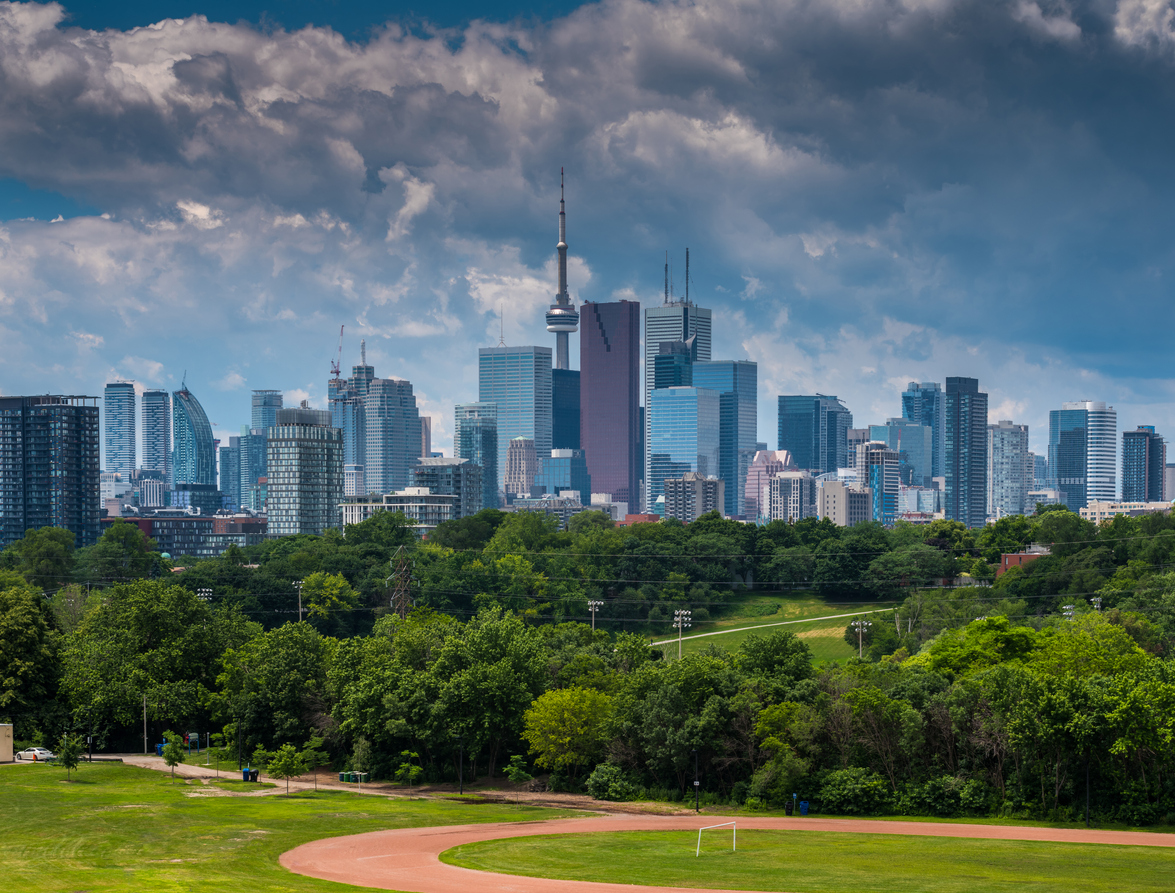 In Toronto: Condo sales fall to their lowest rates since the Great Recession but house price activity is returning to pre-pandemic highs.

Mr. Macdonald says rapid price gains in the first three months of the year reminded him very much of the euphoria that suffused the market in early 2017. The market abruptly seized up in March as government and health officials asked people to stay home in an effort to halt the spread of the novel coronavirus.

“New condo sales dropped 85 per cent year-over-year as only six projects and 1,176 units were launched for presale during the quarter, which compares to 40 projects and 11,415 units launched in Q2-2019,” the firm said in a news release Monday.

David Fleming, broker at Toronto Realty Group, says he typically sells around ten condos a year to investors. “I have not sold a condo to an investor since pre-COVID, the phone just stopped ringing,” said Fleming last week during the virtual Toronto Real Estate Summit, hosted by Realosophy Realty.

The council voted 22-2 to fight the bill known as Protecting Tenants and Strengthening Community Housing Act, which housing advocates say would weaken tenants’ rights after the pandemic and make it easier to evict them. In his motion, Councillor Gord Perks stated that the amendments in the act are “contrary to rules of procedural fairness and natural justice.”

Canada
“The dream will become a nightmare,” Siddall says on wealth inequality (Yahoo)
The growing wealth gap between homeowners and renters is an issue that the Canadian Mortgage Housing Corporation (CMHC) is striving to solve, especially with the economic impacts from COVID-19 widening the divide. For the organization, that means tackling the country’s obsession with homeownership and promoting alternatives.
Economic slowdown hits the alternative lending business (The Globe)
In Ontario, mortgage registrations by private lenders fell 26 per cent in June over the same month last year, according to Teranet, which operates the province’s electronic land registry system. That followed a 45-per-cent decline in May and a 29-per-cent drop in April, when real estate sales plunged and private lenders halted loans to assess the economic rout.
Real estate optimism sparks new life into Canadian consumers (Bloomberg)

Real estate sentiment remains the one consistent upbeat indicator, continuing its upward trend. The latest reading shows 28 per cent of respondents expect the value of housing in their neighborhood to increase in the next six months. That’s up from just 9 per cent two months ago.
USA
Google extends its coronavirus work-from-home order to summer 2021 (CNBC)
“To give employees the ability to plan ahead, we are extending our global voluntary work from home option through June 30, 2021 for roles that don’t need to be in the office,” Google CEO Sundar Pichai said in an email to employees. Google, a unit of Alphabet, had originally said employees should expect to return to the office in January 2021.
Where Are the Best (and Worst) Cities for Renters? (NY Times)
For now, a recent study by Wallethub considered the options for renters in this period of “pandemic pricing,” with lower rents attracting new customers in a volatile market. The study weighed the pros and cons of hundreds of rental markets across the country, including the 150 largest U.S. cities along with other highly populated areas for a total of more than 180 rental markets covering every state.
What Does Trump Think the ‘Suburban Lifestyle Dream’ Means? (City Lab)

Over the past few weeks, Trump has been positioning the suburbs as the key to his chances for reelection. When it comes to housing segregation — or “neighborhood choice,” as the new rule puts it — the president is saying the quiet part out loud, through a bullhorn.
International
Europe’s housing market shows signs of life (Financial Times)
“Even though the nature of this crisis is completely different to the 2008 one . . . of course housing transactions and the demand for mortgages declined a lot when the coronavirus hit — especially during the confinement, when people could not see homes or get a mortgage,” said Pablo Hernández de Cos, governor of the Spanish central bank.

Extending help-to-buy will only make the housing crisis worse (The Guardian)
In Britain, we’ve seen our fair share of disastrous policies in recent years, but few have been as predictably self-defeating as help-to-buy. Introduced by George Osborne in 2013 as a means of helping people onto the housing ladder, it was clear from the outset that the policy would do more harm than good.
Top Photo Credit: iStock/Getty Images
Realosophy Realty Inc. Brokerage is an innovative residential real estate brokerage in Toronto. A leader in real estate analytics, Realosophy educates consumers at Realosophy.com and MoveSmartly.com and and helps clients make better decisions when buying or selling a home.

END_OF_DOCUMENT_TOKEN_TO_BE_REPLACED
This Week In Real Estate