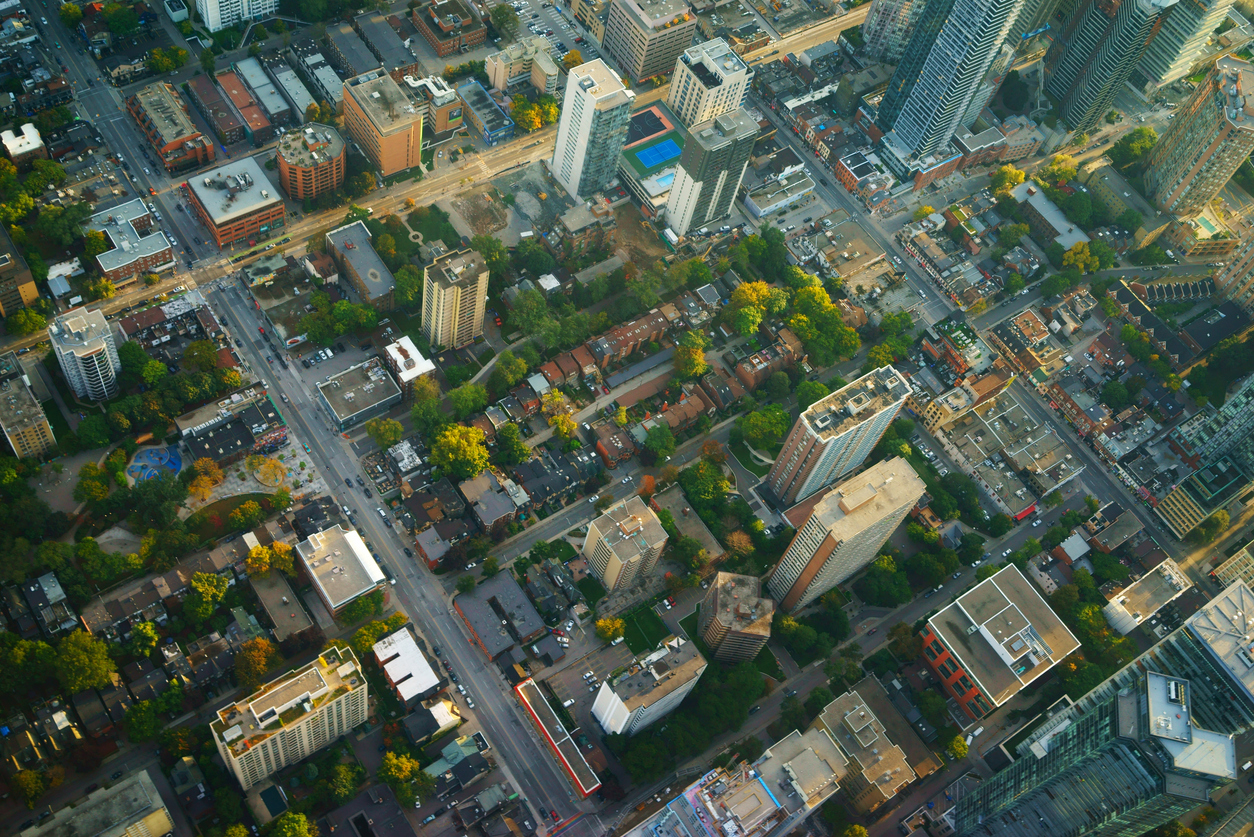 In Toronto: Sales in the suburbs are up and the average cost of a one-bedroom rental reaches new and disturbing heights.

Elsewhere:  A RBC economist says the recovery is on for Canada's housing market, smaller metros are the best places to live for U.S. workers and house prices in Dubai are expected to fall sharply.

August home sales in the Greater Toronto (GTA) area were up 13% over the same month last year based on Realosophy Realty's analysis of sales through the Toronto Real Estate Board's MLS system.  August was the fifth month in a row where GTA home sales were up by double digits.

Sales in Toronto jumped 13 per cent to 7,711 from the same period last year, the Toronto Real Estate Board said in a report Thursday. That was largely driven by a boost in detached-home sales, which soared 21 per cent over last year. On a seasonally adjusted basis, total sales rose 0.8 per cent from July.

Potential buyers looking for a condo in the Greater Toronto Area will find some properties to look at now that the fall real estate market is gearing up but industry watchers are not expecting a deluge of new listings.

The average cost of a one-bedroom rental in Toronto is now $2,300 (Blog TO)

Toronto reached a new peak median rental price of $2,300 per month for one bedroom units in August of 2019, by PadMapper's calculations.

Hearings to begin in landlords’ appeal over Toronto rules for Airbnb, other short-term rentals (Toronto Star)

The fear is that authenticity will fade to oblivion as long-term tenants get pushed out by landlords wanting to make more money off short-stay visitors.

Listings on Airbnb in Toronto, for example, tripled between 2014 and 2016. And they have continued their explosive growth since then taking thousands of available suites off the long-term rental market at a time when the city’s vacancy rate is far below what’s needed to supply renters with choice, never mind affordability.

July marked the fifth consecutive month of rising sales, putting the level about 15 per cent above the six-year low reached in February, the CREA says. “The recovery is on,” Mr. Hogue says.

The plan targets millennials, a growing cohort that’s getting squeezed out of Canada’s housing market. Home prices across the country jumped almost 40 per cent in the five years through July, largely driven by gains in cities such as Toronto and Vancouver. Trudeau’s government expects the program will be used by 100,000 buyers, but brokers and analysts are skeptical that it will have much traction in the areas that need it most.

“Prices are still softening, but at a much slower pace than they had been previously,” board president Ashley Smith said in an interview.​ “Affordability is still an issue, and we’ll be seeing more sales in the lower-price categories."

Where Is the Best City to Live, Based on Salaries and Cost of Living? (City Lab)

It turns out that workers do best in smaller metros. When salary is adjusted, all of the top 10 metros have fewer than a million people: Brownsville and Laredo, Texas; Toledo and Canton, Ohio; Huntington, West Virginia; Rockford, Illinois; and Modesto, California.

The Washington, D.C. region needs 374,000 additional housing units by 2030, according to the economic growth rate projected by the Metropolitan Washington Council of Governments.

Next Arena for Criminal Justice Reform: A Roof Over Their Heads (NY Times)

But once released, some formerly incarcerated people struggle simply to find a place to live. Public housing authorities and private landlords refuse to rent to them, labeling them public safety risks, sending them to the streets, to homelessness — and often back to prison, for offenses like sleeping in public spaces and panhandling.

Dubai – with a diversified trade and tourism economy and one of the seven territories of the United Arab Emirates – has faced a sharp slowdown in its real estate market for most of this decade, barring a pick up for a brief period more than five years ago.'

'Co-living': the end of urban loneliness – or cynical corporate dormitories? (The Guardian)

The 550 residents who call this building home pay a monthly rent starting at £1,085 to live in rooms that are hotel-sized but which benefit from a number of communal amenities, like the events. There’s a cinema room, a co-working space that converts into a music venue, another co-working space, a library that feels like a co-working space, a restaurant and a bar. There’s no fee to join, and you can leave with one month’s notice.

END_OF_DOCUMENT_TOKEN_TO_BE_REPLACED
This Week In Real Estate