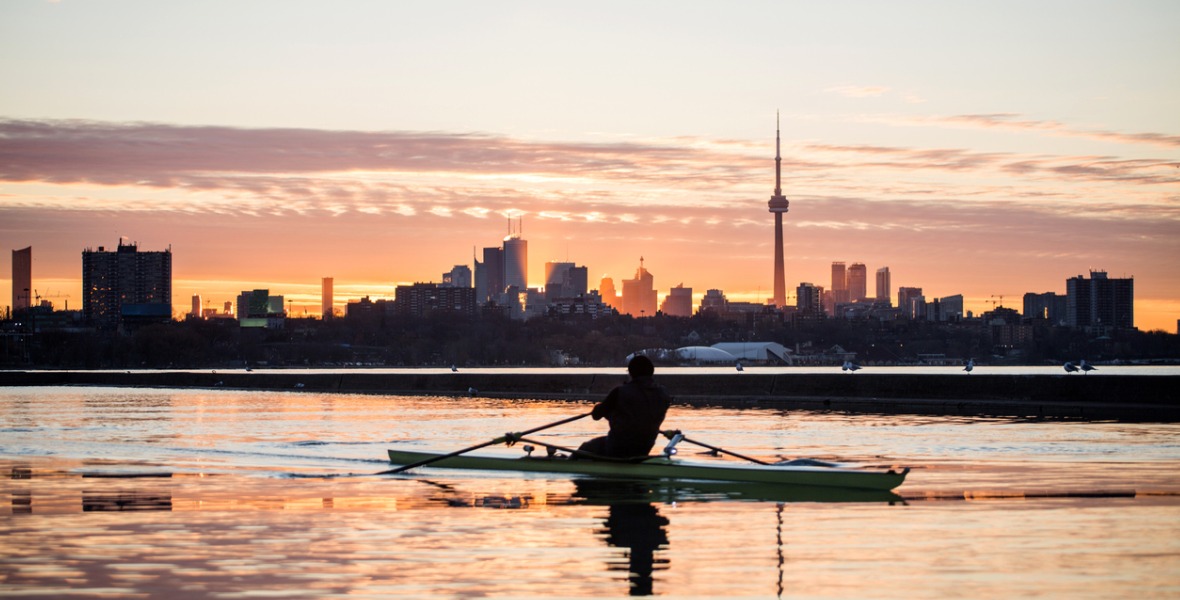 What Expensive Housing Really Costs Toronto + Why Are US 'Blue' Cities So Unaffordable?

In Toronto: As real estate market slows, sellers are readjusting expectations and a new study shows how much expensive GTA housing costs our overall economy.

Elsewhere: Inflation concerns run high in the United States and Canada and why are U.S. cities that are Democratic party-leaning the most unaffordable?

While the GTA’s housing market is still in seller’s market territory, this slight increase in inventory since March has taken some of the heat out of the market. Houses and condos for sale are seeing fewer showings and fewer offers on their offer nights. We are also seeing a decline in the number of homes selling for more than the owner’s asking price in both segments.

Sales fell 8.4 per cent on a seasonally adjusted basis in June from May, while listings slipped 0.7 per cent in the same period, Ms. Omran notes, but inventory is still tight. The national sales-to-new-listings ratio stood at 69.2 per cent last month, which is a drop from its peak of 91 per cent in January but still far above the long-term average of 54.5 per cent. But despite a retreat, sales still set a record for the month of June, she points out.

Now for the first time, a new report has put a $6 billion to $8 billion annual price tag on the regional shortage of affordable housing for the workers the city relies on — including personal support and other health-care workers, supply teachers, community and social services workers. The analysis by Prism Economics for the Toronto Region Board of Trade and WoodGreen Community Services shows a five-year cumulative loss of $29.4 billion to $37 billion in productivity, wage premiums, recruitment and turnover because it costs so much to live here.

Toronto’s housing crisis is costing us all billions. Does city hall care? (TVO)

“Because time goes by really fast, you’re seeing other municipalities that are running into issues of units coming out of affordability.” Along with the rooming house policy, punted to the fall session during the most recent council meeting, the next big fight may be over inclusionary zoning, which would mandate a certain number of affordable units in any apartment towers built near high-order transit stops. And it’s safe to assume the city will be pushing for long tenure for those affordable apartments, too.

Indeed, the new CPI basket was noticeably influenced by abrupt changes in how Canadians spent amid COVID-19. The shelter component of CPI – which includes both owned and rented housing, along with other expenses – will comprise 29.8 per cent of the basket, up from 26.9 per cent. Most of that increase is due to a sharp uptick in spending on real estate commissions and legal fees, owing to record transactions across the country.

“When you look at loan-to-value ratios, it doesn’t take much to tip the balance to negative homeowner equity,” said Rosenberg, who runs Rosenberg Research & Associates Inc. in Toronto. Rosenberg made his name in finance when, as chief North America economist for Merrill Lynch, he called the U.S. housing market a bubble two years before it burst. He liberally uses that term again now in reference to the Canadian market. “It is a massive bubble and an accident waiting to happen,” he said in an interview.

Even if prices fall, the era of affordable houses in Canada seems to be done (The Globe - Paywall)

To get back to summer 2019 levels, the national average resale price would have to fall about 25 per cent. Be careful what you wish for there. A housing crash of this size would likely be packaged with a recession that rivals the pandemic’s economic impact. A decline of 10 per cent from current levels would represent a significant pullback. Yet we’d still be near the price levels of early 2021, which in turn were more than $100,000 above what we saw in summer 2019.

US housing inflation: the sleeping giant that might tip the Fed’s hand (FT)

“A year from now, if we are not adding significant supply, which there’s no indication that we will . . . prices in San Francisco for rents are [going to be] at all-time high again,” he said. “The trend is up.” Housing expenses are the sleeping giant that could tip the scales of the increasingly heated debate on US inflation. They are quickly emerging as a pivotal indicator for officials at the Federal Reserve, within the Biden administration, and among private economists.

But there’s a twist of irony in that vision. Because right now, even in places where Democrats hold control over government, they are consistently failing to build cheaply, quickly and equitably. In recent decades, blue states and cities from Los Angeles to Boston to New York have become known for their outrageously expensive housing, massive homeless populations and infrastructure projects marred by major delays and cost overruns — all stemming from this fundamental inability to actually build.

Burned by Hot Housing Market, Some Buyers Back Off (NY Times - Paywall)

Mortgage rates may be historically low, but so is home buyer morale these days. Last month, the Fannie Mae Home Purchase Sentiment Index showed that 64 percent of people believe now is a bad time to buy, up from 56 percent the month prior. Stratospheric prices, brutal bidding wars and record low inventory have conspired to make many prospective home buyers frustrated and fatigued.

As moratoriums lift, will America face a wave of foreclosures and evictions? (The Economist - Paywall)

Miami offers a compelling case study. Since it had no strict evictions moratorium of its own, a good number of people lost their homes, despite the moratorium declared by the Centres for Disease Control and Prevention (CDC) to slow the spread of covid-19. “The CDC actually has a lot of holes,” says Jeffrey Hearne, a legal-aid lawyer in Miami. “The biggest hole is that it does not clearly apply to a landlord who is evicting for no reason at all.” While the CDC order prohibited evictions for failure to pay rent, landlords were able to evict for other reasons, such as simple termination of an expired lease.

A rally in Swedish home prices that made its housing market one of the world’s frothiest is reigniting political calls to remove a controversial tax perk seen as part of the problem. There’s consensus in parliament that a 30% reduction on mortgage-interest costs should be phased out, a move backed by both the central bank and the country’s financial regulator. But the two ruling parties in Sweden’s teetering minority coalition are split over the urgency of carrying it out.

"It's one of those rare times where taming home prices has become more important, both politically and on economic fronts," said Yoon Yeo-sam, an analyst at Meritz Securities. "Nothing the government did for the past few years could stop home price surge, and time is running out both for Lee and the government."

END_OF_DOCUMENT_TOKEN_TO_BE_REPLACED
This Week In Real Estate