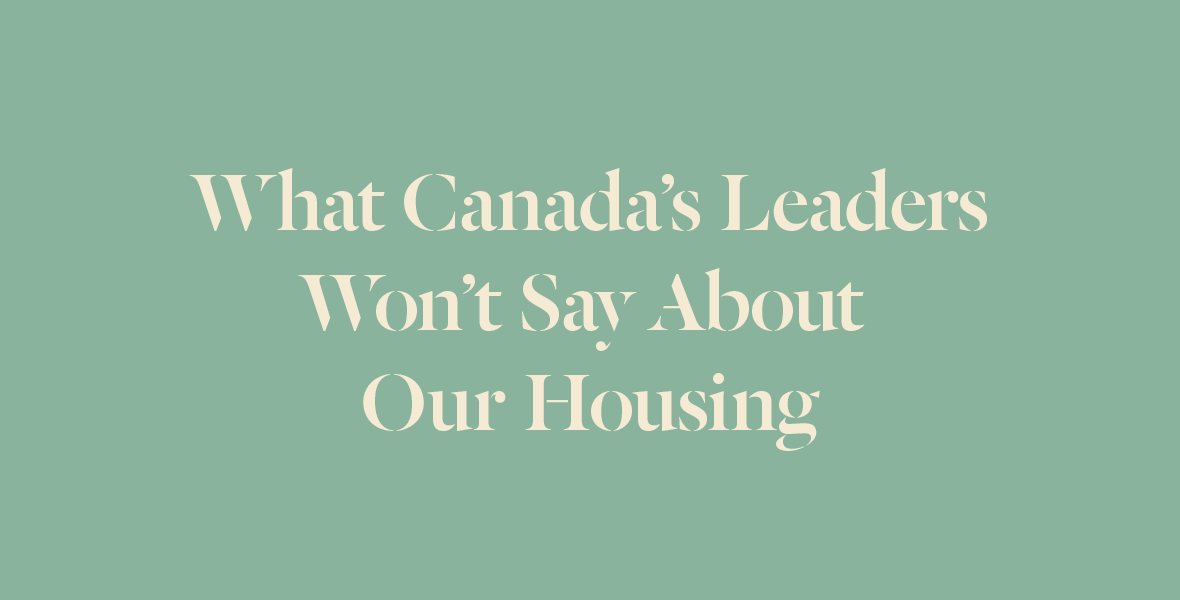 What Our Leaders Won't Say About Housing

As Canada heads into an election this fall, here's a closer look at two policy areas that need to be better linked to tackle housing affordability.

“When politicians used to talk about housing they also spoke about immigration levels. What changed?”

With the federal Liberal government promising to raise the total number of new permanent residents to Canada each year to more than 420,000 - well above the 275,000 of the previous decade - it’s worth asking what impact this might have on housing affordability in the years ahead.

But for some reason, questions about the drivers of housing demand are rarely discussed.

What we keep hearing about is the need for more supply, such as the need for more density in areas that currently only permit single family detached houses. The supply “solution” to high house prices has been debated for more than 50 years with little to no progress.

Why do discussions about housing policy and affordability avoid any questions or debate about the demand for homes?

But Anglin goes on to explain why such accusations are nonsensical.

“Justin Trudeau’s immigration policy in 2016 wasn’t racist because the annual level was lower than it is today, nor is the current level xenophobic because next year it will be even higher. And when Pierre Trudeau cut annual immigration in half between 1967 and 1972 and then by 60 percent between 1974 and 1978, he wasn’t being “parochial or small-minded,” it was just part of the normal fluctuations in immigration levels that used to track economic and political conditions.”

Given the xenophobic and anti-immigration rhetoric and policies during the presidency of Donald Trump in the United States, not to mention similar polices from fringe political parties in Canada, it’s easy to see why any debate about immigration levels can be eyed warily and should be scrutinized carefully.

But if our population is growing at a faster rate than our ability to build homes, the obvious result of such an immigration policy is higher home prices which makes living in Canada much harder for all Canadians, including new immigrants.

Don Wright goes on to ask:

“[C]ould it not be better in the near term to lower the level of immigration, while significantly improving support to new immigrants, giving them a better chance to more easily integrate into the economic mainstream?”

I would add to this that given our apparent difficulties in increasing supply sufficient to meet this demand, it might be worth looking at a slowing of immigration numbers while a very thorough look at the impact on Canadian housing market prices is conducted and that going forward, no immigration policy should be pursued without an accompanying housing strategy to ensure the viability of life chances for all Canadians, new and existing, and their families.

Could Home Prices Fall 20% This Year?

Once again, a leading Canadian authority is sounding the alarm - are they right?
Read More
| Canada | Vancouver | Toronto and GTA

Will Canadian Real Estate Finally Slow Down in 2022?

Experts discuss what's ahead and whether 2022 could bring a more balanced market.
Read More