In my last post, I discussed what factors might lead to Toronto's housing market to cool down - in this related post, I look at a related question: When will we see a correction in home prices?

While nobody knows for sure when the market might continue to cool to the extent that it would favour buyers and see prices fall, there are a few things for us to be mindful of.

One additional factor that real estate analysts and economists consider when trying to determine where a market might go next is the extent to which it may be ‘in a bubble’ at present. A simple explanation of a bubble is when a market is seeing prices that are higher than what ‘fundamentals’ like, for example, the rates of economic, income and population growth, etc., suggest they should be.

Last month, I discussed why a surge in investors buying single family homes has the Bank of Canada worried about bubble-like symptoms in our housing market, a concern I share with them. But I also mentioned that bubble-like booms in house markets can go on longer than we think and predicting when they’ll end is very difficult.

Predicting when they will burst has been a long standing puzzle for economists. In 1957, economist Paul Samuelson wrote:

Every bubble is someday pricked. But I have long been struck by the fact, and puzzled by it too, that in all the arsenal of economic theory we have absolutely no way of predicting how long [a bubble] will last. To say that prices will fall back to earth after they reach ridiculous heights represents a safe but empty prediction. Why do some manias end when prices have become ridiculous by 10 per cent, while others persist until they are ridiculous to the tune of hundreds of per cent?

I believe the reason predicting the end is so difficult is that bubbles, as Samuelson points out, are manias. They are not periods where markets are rational and driven by predictable fundamentals, but rather by exuberance and people’s optimistic beliefs about the future direction of home prices as economists Karl Case and Robert Shiller noted in 1988 after studying the behaviour of buyers in boom and post-boom housing markets. 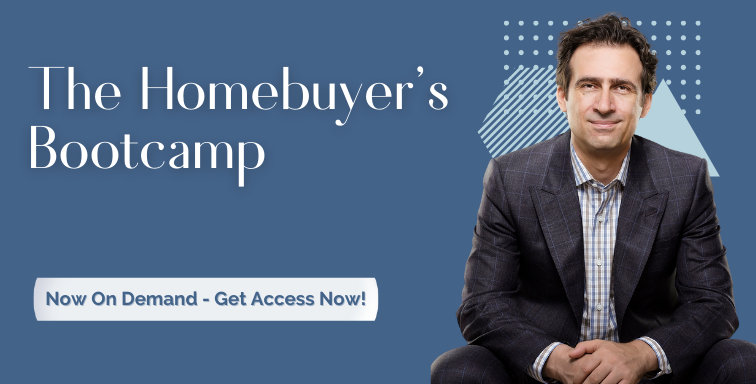 This means that predicting the end of a bubble really comes down to predicting when beliefs about the future direction of house prices will change from optimistic to cautious and then pessimistic. This is the most important thing any potential home buyer should be keeping an eye on — a shift in how people are talking about the housing market.

This is precisely what happened when home prices fell in Toronto’s suburbs in 2017. After bubble-like appreciation in home prices in 2016 and the first quarter of 2017, buyers and sellers suddenly became very pessimistic about the housing market when the provincial government announced plans to introduce a foreign buyer tax. There weren’t actually enough foreign buyers in Toronto to have been deterred to cause the subsequent crash in the market, but more widespread fears about these buyers turning away proved enough to spur falling home prices. Though the fall eventually plateaued, suburban home prices remained sluggish for the next two years.

So the factor we need to consider is what might cause a change in beliefs about our housing market today?

This, of course, is the million dollar question!

The truth is, nobody really knows. But again there are a few potential catalysts we should keep an eye out for.

A shift in government policy is one. As I just mentioned, prices fell in 2017 largely because people were worried prices would fall after the province introduced a foreign buyer tax.

Now while I mentioned earlier that the Liberal government is considering increasing the down payment requirements on investment properties, I don’t expect such a policy to have the same type of dramatic impact on beliefs as we saw in 2017 with Ontario’s foreign buyer tax. In 2017, Torontonians first saw a similar tax introduced in BC which saw prices fall in the Vancouver area, which gave more impetus to such fears. The conditions now are far different and I do not expect our federal government to want to encourage such strong reactions (for reasons I’ll discuss below).

Another catalyst could be extreme buyer fatigue. If potential home buyers decide, in significant numbers, to not buy a home because home prices are just too high, this could have a sudden shift in the balance of the market.

This would effectively be the opposite of the unexpected surge in demand in the summer of 2020 after Ontario’s first Covid-19 lockdowns between March and May of that year.  Most economists and real estate professionals, including many that we spoke to at our 2020 online Summit, did not expect buyers to rush into the housing market in significant numbers given the uncertainty caused by Covid-19, and yet that is precisely what happened.

But the opposite could also happen, and what has gone up could come down if buyers start to give up and walk away from the unbelievably high home prices in the Toronto area.

Similarly, the counterpart to buyer fatigue is investor disbelief — the belief that home prices have hit a peak and can't go any higher.

So When Will Prices Actually Fall?

Something we often hear alongside discussions of whether our housing market is in a bubble is that of a magical “soft-landing” — a period in which home prices level off gradually, which sounds like a great outcome for both would-be home buyers and home owners and sellers that wouldn’t see their home prices fall by much.

But this “soft-landing” is often no more than wishful thinking.

“Bubbles will last longer than you think, but they don't correct by going sideways.”

This steady-state rarely remains because the real estate decisions many buyers make today — particularly investors — are largely based on the assumption that home prices will keep rising. A pre-construction (pre-con) condo investor is comfortable spending 20 to 30% more than what a similar resale condo sells for because they believe the pre-con unit will be worth more five years from now once the condo building is completed.

The moment this expectation of rapidly rising prices disappears, how many investors will want to hang onto investment properties that eat into their own monthly cash flow? How many will want to spend 20 to 30% more on pre-con than resale prices in the event that prices don’t go up?

A surge in inventory from investors selling their properties could put some downward pressure on prices and once expectations shift in a market where home prices have plateaued to one where prices are going to fall, then psychology plays an even more important role.

In booming markets, investors are the most optimistic buyers who push home prices up higher. But in a down market, investors are the pessimists who are the first to exit the market once they think the value of their investments are going to trend down. In my July report, I unpacked some important insights from MIT economist Alp Simsek who explains why housing markets that are dominated by investors could see more exaggerated boom/bust cycles.

Now that I’ve unpacked all of the factors that could trigger home prices to fall in the Toronto area, I’ll finish by discussing why I’m not convinced that’s going to happen any time soon.

Why the Federal Government Isn’t Likely To Cool the Market

Not only does it appear that the federal Liberals are determined to keep pushing home prices higher, during a TVO interview last year, the former Parliamentary Secretary for Housing Adam Vaughan made it clear that the Liberal government would fight to avoid even a 10% decline in home prices.

This is no accident.

And our federal government has plenty of tools at their disposal to keep pushing home prices higher if they want, such as by increasing the insured mortgage cut-off from $1M to $1.25M which will stimulate more buyer demand.

In the longer-term, as I discussed in the previous section of this report above, the Liberals are ensuring that Canada’s population is growing far more rapidly than our ability to build homes which has also been pushing home prices higher.

The One Thing Our Government Can’t Control

However, for all the tools that our federal government has at its disposal, the one thing they are unlikely to be able to respond to is a pessimistic shift in beliefs about the future direction of house prices, particularly among investors.

Once the psychology of the market has shifted from optimistic to pessimistic, government policies that try to stimulate demand become less effective — it becomes less important how much debt our federal government makes available to home buyers who will be less inclined to take on more debt if they think prices will be lower tomorrow.

Given all of this, the one thing we should all keep an eye and ear out for is the psychology of the market, which, perhaps more than any macro economic indicator or model, will tell you where home prices are likely going to be in the future.

Keep listening to what your family, friends and co-workers are saying at your next (virtual or in-person) gathering.